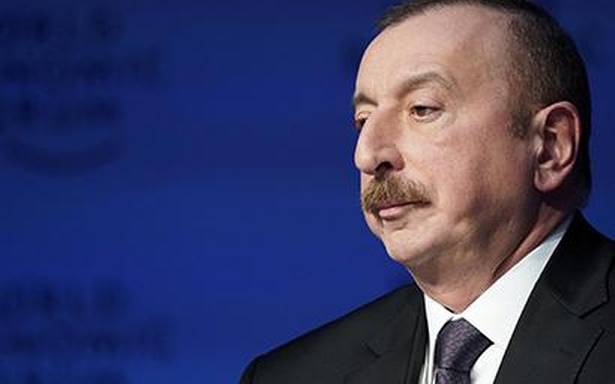 Aliyev calls it a historic opportunity.

Armenia and Azerbaijan held their first high-level talks on Friday after nearly two weeks of fierce clashes over the disputed Nagorno-Karabakh region, with hopes rising that a ceasefire could be brokered in Moscow.

The Hindu Explains | What’s behind the Armenia-Azerbaijan clashes?

Azerbaijani President Ilham Aliyev, who has repeatedly vowed to use his military to retake the breakaway province, said the talks represented a historic opportunity for Armenia.

“We are giving Armenia a chance to settle the conflict peacefully,” he said. “This is their last chance.”

Armenia’s Prime Minister Nikol Pashinyan said his country was “ready for the resumption of the peace process” led by international brokers.

Nagorno-Karabakh | Battle for the black mountains

France, which along with Russia and the U.S. is mediating to end the conflict, said there was a chance of a breakthrough at the talks but it was far from certain.