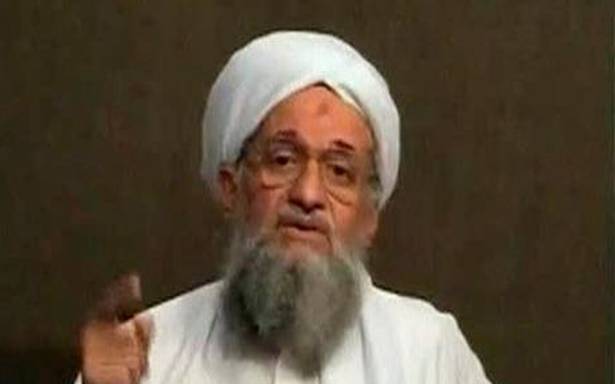 He is probably alive but too frail to be featured in propaganda, report says

A significant part of the Al-Qaeda leadership resides in the Afghanistan and Pakistan border region, including the group’s elusive leader Aiman al-Zawahiri, who is “probably alive but too frail to be featured in propaganda,” according to a United Nations report.

The report, issued on Friday, said that large numbers of Al-Qaeda fighters and other foreign extremist elements aligned with the Taliban are located in various parts of Afghanistan.

“Member states reported that a significant part of Al-Qaeda leadership remains based in the border region of Afghanistan and Pakistan, where the core is joined by and works closely with Al-Qaeda in the Indian Subcontinent,” the twelfth report of the Analytical Support and Sanctions Monitoring Team said.

Al Qaeda leader “Aiman Muhammed Rabi al-Zawahiri, is believed to be located somewhere in the border region of Afghanistan and Pakistan. Previous reports of his death due to ill health have not been confirmed.

"One member state reports that he is probably alive but too frail to be featured in propaganda,” the report said, without identifying the country.

It said Al-Qaeda’s strategy in the near term is assessed as maintaining its traditional safe haven in Afghanistan for the Al-Qaeda core leadership.

The Monitoring Team noted assessments that have suggested a longer-term Al-Qaeda core strategy of "strategic patience” for a period of time before it would seek to plan attacks against international targets again.

“This scenario is untested against stated Taliban commitments to prohibit such activities.” Al-Qaeda, including Al-Qaeda in the Indian Subcontinent, is reported to number in the range of several dozen to 500 persons.

Al-Qaeda core’s membership is of non-Afghan origin, consisting mainly of nationals from North Africa and the Middle East.

“Member states assess that formal communication between senior Al-Qaeda and Taliban officials is currently infrequent, one member state reported that there is regular communication between the Taliban and Al-Qaeda on issues related to the peace process.” The report said Al-Qaeda in the Indian Subcontinent operates under the Taliban umbrella from Kandahar, Helmand (notably Baramcha) and Nimruz Provinces.

“The group reportedly consists of primarily Afghan and Pakistani nationals, but also individuals from Bangladesh, India and Myanmar.” It said the current leader of Al-Qaeda in the Indian Subcontinent is Osama Mahmood, who is not listed, and succeeded the late Asim Umar.

“The group is reported to be such an ‘organic’ or essential part of the insurgency that it would be difficult, if not impossible, to separate it from its Taliban allies. Several member states characterised this relationship by noting that the wife of the former leader of Al-Qaeda in the Indian Subcontinent, Asim Umar, was among 5,000 Taliban prisoners freed by the Afghan Government in 2020 as part of the Doha agreement,” it said.

The report added that Al-Qaeda continued to suffer attrition during the period under review – between May 2020 and April 2021 – with a number of senior figures killed, often alongside Taliban associates while co-located with them.

“The primary component of the Taliban in dealing with Al-Qaeda is the Haqqani Network. Ties between the two groups remain close, based on ideological alignment, relationships forged through common struggle and intermarriage,” the report said.

It added that the Taliban has begun to tighten its control over Al-Qaeda by gathering information on foreign terrorist fighters and registering and restricting them.

“However, it has not made any concessions in this regard that it could not easily and quickly reverse, and it is impossible to assess with confidence that the Taliban will live up to its commitment to suppress any future international threat emanating from Al-Qaeda in Afghanistan. Al-Qaida and like-minded militants continue to celebrate developments in Afghanistan as a victory for the Taliban’s cause and thus for global radicalism.” In May 2020, Al-Qaeda in the Indian Subcontinent released an Eid al-Fitr audio message in which it portrayed the Doha agreement as an example of divine victory and reward for pursuing jihad.

“While both organisations are expected to maintain a posture of distance and discretion for as long as such is required for the achievement of Taliban objectives, Al-Qaeda nonetheless stands to benefit from renewed credibility on the back of Taliban gains.

"It will be important for the international community to monitor any sign of Afghanistan again becoming a destination for extremists with both regional and international agendas," it said.

Regionally, Islamic State in Iraq and the Levant-Khorasan (ISIL-K) strategy is coordinated by the Al-Sadiq office, which covers the “Khorasan” region of Central and South Asia (including Afghanistan, Bangladesh, India, the Maldives, Pakistan, Sri Lanka and the Central Asian republics).

While infrequent, ISIL-K still maintains communications with ISIL core, but funding support to the Khorasan branch from the core is believed to have effectively dried up, it said.

Since June 2020, ISIL-K has had an “ambitious new leader, Shahab al-Muhajir”, who is not listed, and it remains active and dangerous, particularly if it is able, by positioning itself as the sole pure rejectionist group in Afghanistan, to recruit disaffected Taliban and other militants to swell its ranks.