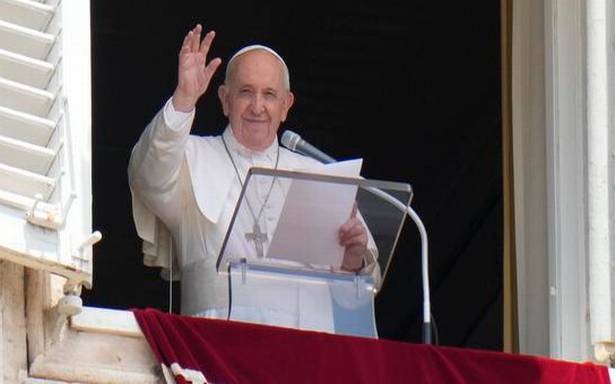 Pope Francis decried that about 5,000 people have been killed in places of worship throughout the world in the last 40 years

Unchecked poverty and ignorance help fundamentalist violence to take hold easily, Pope Francis said as he urged fellow religious leaders and others to counter the phenomenon by promoting schooling.

Mr. Francis made the call in a message to a four-day meeting that began on Saturday evening in Bologna, Italy, with the gathering aiming to foster understanding among religions.

"We must help each other to free the horizon of the sacred from the dark clouds of violence and fundamentalism," Mr. Francis said in a message which the Vatican said the pope wrote on September 7.

The pope decried that about 5,000 people have been killed in places of worship throughout the world in the last 40 years. Mr. Francis called that an outbreak of violence "that exploits the sacred." "As religious leaders, I believe that first of all we must serve the truth and declare what is even when it is evil, without fear or pretense, even and especially when it is committed by those who profess to follow the same creed as us," Mr. Francis said.

The pontiff called for a joining of forces to “combat the religious illiteracy which permeates all cultures: it is a widespread ignorance that reduces the experience of belief to slogans."

Mr. Francis said, "Above all we need to educate, promoting equitable, solidarity-based and integral development that increases opportunities for schooling and education, because where poverty and ignorance reign unchecked, fundamentalist violence takes hold more easily."

The Bologna forum drew participants from countries of the Group of 20, a grouping of nations that together account for about 80% of the global gross domestic product. Italy currently holds the rotating presidency of the G-20.