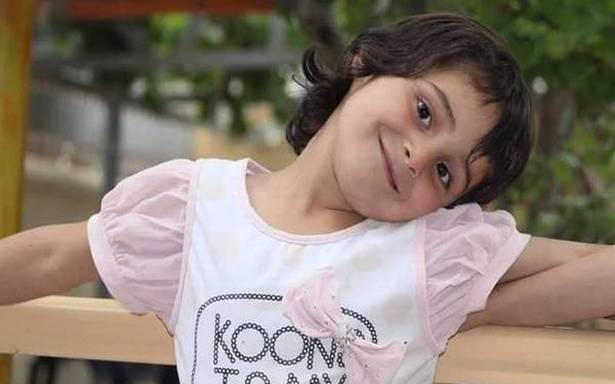 An Afghan court on Sunday sentenced two teenage boys to 30 years in prison for the abduction and killing of a young girl whose brutal murder provoked a national outcry. Six-year-old Mahsa Ahmadi was snatched off a Kabul street in March and was killed after her parents were unable to pay a ransom of $3,00,000.

Police eventually arrested two boys and released a video clip showing them confessing. They said they had picked up Mahsa, driven her away on a motorcycle, taken her to a house and then strangled her after the ransom wasn’t paid.

In a televised court hearing, a judge sentenced the two youths to 30 years each in prison. Their ages were not released, but the judge said they were under 18.

For Mahsa’s father, the sentence was too lenient. “I want the severest punishment for them, they should be hanged,” he said. “They should feel what we are feeling.” But the judge said since they were minors, they could not be executed. They have the right to appeal the sentence. Mahsa’s death drew broad condemnation and Afghans took to social media demanding justice.

Kidnappings for ransom are increasing in Kabul, as are a host of other crimes, adding yet more worries for an already stressed-out population. Overwhelmed police are already pushed to their limits attempting to prevent insurgent attacks.

Crime in Kabul came under scrutiny again this month when former journalist Mena Mangal was murdered in broad daylight. Her killing appears tied to a domestic dispute, but many observers viewed the brutal and public slaying as a bellwether demonstrating just how cheap life has become in Afghanistan.