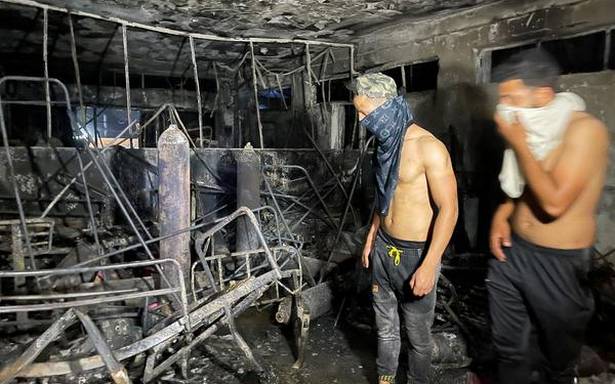 Iraq’s Interior Ministry said on April 25 that 82 people died and 110 were injured in a catastrophic fire that broke out in a Baghdad hospital.

Among the dead were at least 28 patients on ventilators battling severe symptoms of the coronavirus, tweeted Ali al-Bayati, a spokesman of the country’s independent Human Rights Commission.

The commission is a semi-official body.

Negligence on the part of hospital authorities has been blamed for the fire, which initial reports suggest was caused when an oxygen cylinder exploded in an intensive care ward at he Ibn al-Khatib hospital.

The hospital cares for patients with severe symptoms of the coronavirus. The semi-official Independent High Commission for Human Rights reported that at least 28 of the dead were on ventilators.