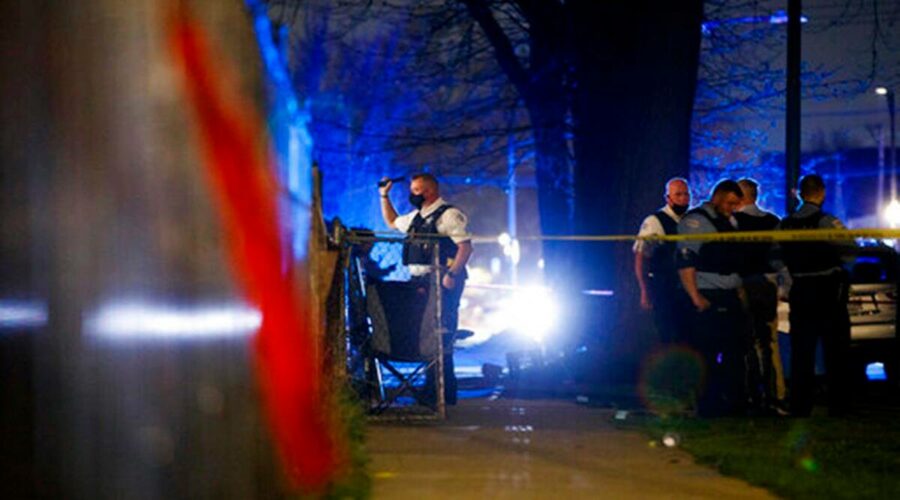 The seven were involved in a fight on the sidewalk when shots were fired about 11:10 p.m. Monday in the Englewood neighborhood on Chicago's South Side, police said. Seven people were shot and wounded in a Chicago neighbourhood in a burst of gun violence during what’s shaping up to be one of the city’s most violent years in memory, police said.

The seven were involved in a fight on the sidewalk when shots were fired about 11:10 p.m. Monday in the Englewood neighborhood on Chicago’s South Side, police said. A 39-year-old woman was hospitalised in serious condition after she was shot in the arm and abdomen, police said

Five men were hospitalised in fair condition, while another person was in good condition after walking into a hospital in the Cook County suburb of Harvey with a gunshot wound to the leg, police said.

No one was in custody Tuesday morning and detectives were investigating.

The shooting comes amid recent violence in the city. The day before, on Easter Sunday, separate shootings across Chicago left seven people dead and at least 10 more with gunshot wounds.

Last week, a 13-year-old boy, Adam Toledo, was fatally shot by a Chicago police officer after he ran from officers while carrying a handgun. He died at the scene March 29 and a gun was recovered. Mayor Lori Lightfoot said Monday that she had directed the Chicago Police Department to capture and bring to justice whoever gave the boy the handgun.

Just last week, the department reported that by the end of March there were 131 homicides compared with 98 for the same period last year. And the number of shootings had already climbed past the 700 mark – more than 200 more than had been recorded during the first three months of last year.

Those totals and the weekend slayings puts the city on a pace to eclipse the 769 homicides in 2020, which was the deadliest year in all but one year in the previous two decades.