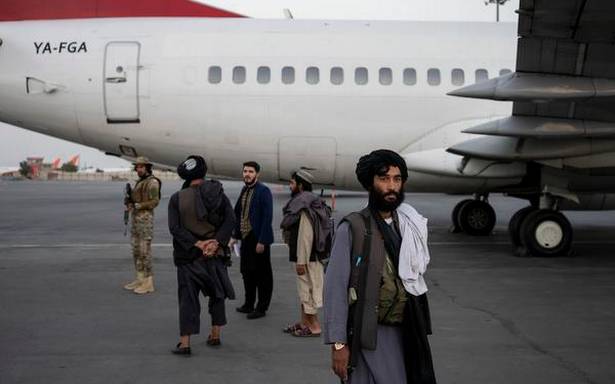 Nearly 200 foreigners, including Americans, flew out of Afghanistan on a commercial flight from Kabul airport on Thursday, the first such large-scale departure since the U.S concluded its frantic withdrawal at the end of last month.

The Qatar Airways flight to Doha marked a breakthrough in the bumpy coordination between the U.S. and the new Taliban rulers. A senior U.S. official said two senior Taliban officials had helped facilitate the departure. Americans, green card holders and other nationalities including Germans, Hungarians and Canadians were on the flight.

As Taliban authorities patrolled the tarmac, passengers presented their documents for checking, and sniffer dogs inspected luggage. Some of the airport workers had returned to their jobs after fleeing during the harrowing chaos of the U.S.-led airlift.