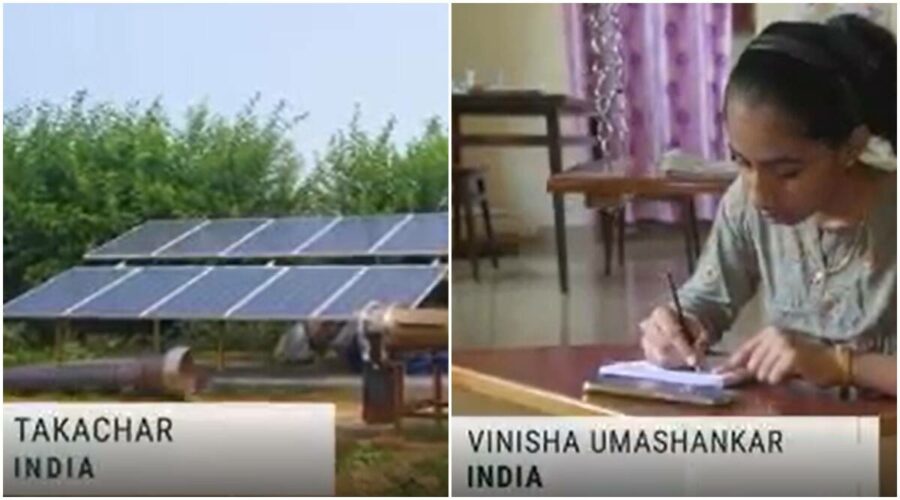 They both will now receive tailored support and resources from the Earthshot Prize Global Alliance Members, a network of private sector businesses around the world who will help scale the shortlisted solutions. 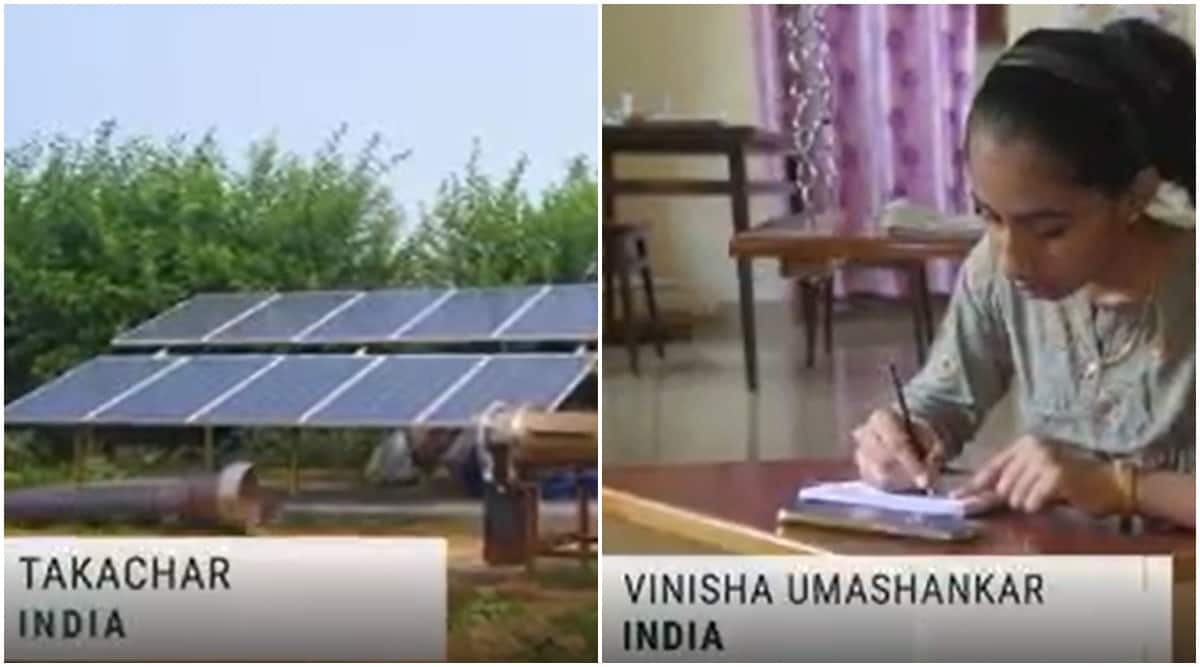 A 14-year-old Tamil Nadu schoolgirl’s solar-powered ironing cart project and a Delhi entrepreneur’s agricultural waste recycling concept were on Friday named among 15 finalists from hundreds of nominations across the world for the first-ever Earthshot Prize, launched by Britain’s Prince William last year.

Vinisha Umashankar made the cut within the “Clean Our Air” category with her concept of a solar-powered clean alternative to the charcoal-powered street irons that press clothes for millions of Indians each day. Takachar, co-founded by Vidyut Mohan, has also been nominated in the same category for its cheap, small-scale, portable technology that converts crop residues into sellable bio-products.

They both will now receive tailored support and resources from the Earthshot Prize Global Alliance Members, a network of private sector businesses around the world who will help scale the shortlisted solutions.

“I am honoured to introduce the 15 innovators, leaders, and visionaries who are the first ever finalists for The Earthshot Prize. They are working with the urgency required in this decisive decade for life on Earth and will inspire all of us with their optimism in our ability to rise to the greatest challenges in human history,” said Prince William, the Duke of Cambridge.

“Over half a century ago, President Kennedy’s ‘Moonshot’ programme united millions of people around the goal of reaching the moon. Inspired by this, the Earthshot Prize aims to mobilise collective action around our unique ability to innovate, problem solve and repair our planet,” he said.

One day, on the way home from school, Vinisha saw an ironing vendor dumping charcoal in the garbage, which led her to research the impact of charcoal. She saw how smoke causes lung disease among vendors and was shocked to learn of the connection between charcoal and deforestation — each year industrial quantities of trees are felled to make charcoal.

The Earthshot Prize analysts note: Vinisha’s solar powered cart replaces dirty charcoal with clean energy from the sun. Five hours of sunshine powers the iron for six hours — a win for the environment is also a win for vendors. Extra mobility means they can sell on doorsteps as well as the roadside.

“Built in phone top up and charging points bring extra income too. Overall, the ironing cart helps 13 of the 15 UN Sustainable Development Goals.”

The schoolgirl now plans to manufacture the solar ironing cart in India and sell it at an affordable price and also wants to export it to Asia, Africa and wherever the sun shines throughout the year.

“Vinisha’s example shows that by innovating today, the next generation can create a cleaner tomorrow,” the prize analysts said.

Vidyut Mohan’s social enterprise Takachar was picked for its efforts to combat the very serious health impact on people in Delhi and its surrounding areas from the burning of agricultural waste, a leading cause of air pollution and reduced life expectancy.

The prize analysts note: Takachar has developed a cheap, small-scale, portable technology that attaches to tractors in remote farms. The machine converts crop residues into sellable bio-products like fuel and fertilizer.

“Takachar’s technology reduces smoke emissions by up to 98 per cent which will help improve the air quality that currently reduces the affected population’s life expectancy by up to five years. If scaled, it could cut a billion tonnes of carbon dioxide a year: a win for India’s farmers will be a win in the fight against climate change.”

Vinisha and Vidyut, along with 13 other finalists from countries such as Bangladesh, China, Nigeria, Costa Rica, Switzerland, are now in with a chance of winning GBP 1 million to support their innovative environmental solutions to some of the greatest challenges facing the planet.

Over 750 nominations were screened as part of an independent assessment process run by Deloitte, the prize’s implementation partner, with longlisted nominations then assessed by a global Expert Advisory Panel.

Five of these 15 finalists announced will be awarded the Earthshot Prize across five categories: Protect and Restore Nature; Clean our Air; Revive our Oceans; Build a Waste-free World; and Fix our Climate.

The winners will be announced at an awards ceremony on October 17 at Alexandra Palace in London.