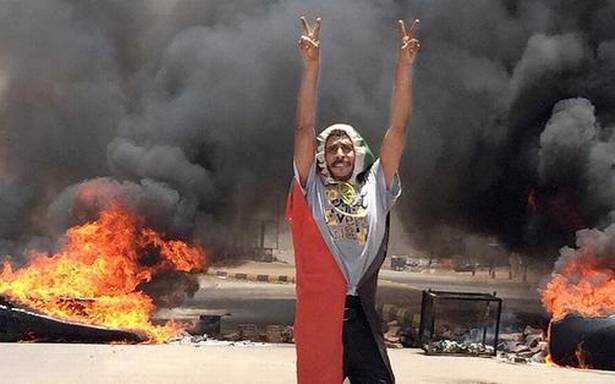 Sudan’s military rulers forcefully broke up a weeks-long sit-in outside Khartoum’s Army headquarters on Monday leaving at least 13 dead, a doctors’ committee said as gunfire echoed from the site.

Heavily armed security forces in pick-up trucks mounted with machine guns were deployed in large numbers all around the capital.

The Central Committee of Sudanese Doctors, which is close to the protesters, updated the death toll “raising the number of martyrs to 13” in a Facebook statement.

“The Rapid Support Forces and the army and police and militia battalions dispersed the peaceful sit-in,” the Alliance for Freedom and Change, the protesters’ umbrella group, said. The Sudanese Professionals Association, which spearheaded the protests that started in December, said it amounted to a “bloody massacre”.

Talks between protest leaders and the ruling military council have broken down, as the two sides have failed to agree on whether a planned transitional body would be headed by a civilian or a military figure.