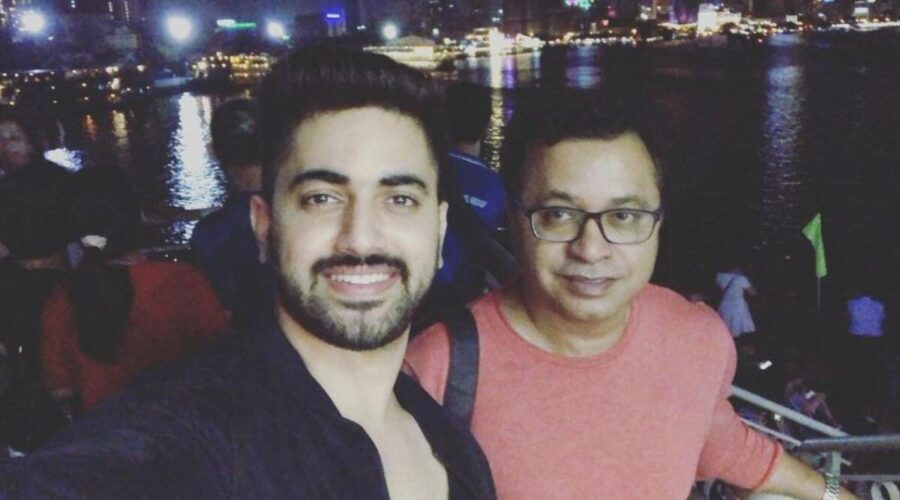 Zain Imam wrote an emotional note on his cousin's death and shared that more than 300 people were praying for his recovery. Actor Zain Imam lost cousin Syed Taqi Imam to Covid-19. The Naamkarann actor took to Instagram to share happy photos with his brother, and also shared an emotional note. Zain added that with his cousin’s death, the industry has lost ‘a great writer ,poet, speaker and importantly a gentle and humble human being’.

Zain shared that the family was positive that Taqi will come out of this, however, the almighty had something else in mind. “Here we bid a final adiu to the most loved and eldest of our Cousin who we fondly called cuckkoo bhai (Kaukab bhai) aka Syed TAQI Imam😪 our dearest eldest cousin brother, a soul that touched so manny hearts in so manny ways. We still can’t believe you left us so early Bhaijaan. We all were positive that you will come out of this but guess Allah had something else in mind and the day of shab -e-qadr to snatch you away from us. You will be dearly missed bhai,” wrote the actor.

The Tashan-e-Ishq star further added that the post is in ‘remembrance of the hardships of life you faced with a smiling face.’ He also informed his followers that the cousin had lost his mother 10 days back, and the family was hoping he would come out of it strongly. He added that more than 300 people were praying for his recovery, Zain wrote, “We all (your family including all BROTHERS AND SISTERS AND ELDERS ) AND also your writers team whom I have never met but they were continuously involved in fetching whatever meds we needed. A big thank you to your writers team for being there in the hard times.”

The actor also thanked actors Sonu Sood, Boman Irani and television producers Dipti Kalwani and Saba Mumtaz along with others who helped the family during the crisis. He also extended his gratitude for a ‘lot of hidden warriors and lovelies’ who helped them with leads and prayed for his cousin’s well being.

Zain ended the note by saying that he can’t express the pain that the family is going through. “Can not comprehend the loss. He fought throughout his life till the end. May Allah give him peace and jannat. YOU WILL BE SURELY MISSED BHAI🤍,” he posted.

In an Instagram story, Zain thanked Sonu Sood again for helping the family get an ICU bed for him. “You tried, we tried but finally bhai left for heavenly abode,” he wrote. The actor also lauded the work that Sonu has been doing and mentioned, “Keep on doing the great work and keep saving lives. God bless you. Let me know if anyway I can be a part of your initiative.”

05/05/2021 TV & Movies Comments Off on Zain Imam’s cousin dies of Covid-19, thanks Sonu Sood for coming to their aid: ‘You tried, we tried but bhai left for heavenly abode’
India