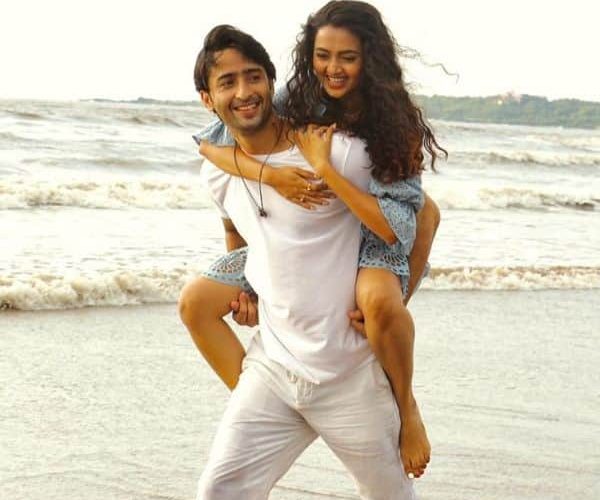 Shaheer Sheikh and Rhea Sharma starrer Yeh Rishtey Hain Pyaar Ke has been the most talked about show currently. has been loved but will soon go off-air. The last episode of the show will air on October 17 and fans are highly disappointed by this decision taken by the makers and channel. Fans are upset that they will not be able to see their favourites, Shaheer Sheikh, Rhea Sharma, Kavveri Priiyam, Avinash Mishra and others again. But Shaheer Sheikh is in no mood to leave his fans disappointed. As reported earlier, he will soon be seen in a music video with Khatron Ke Khiladi 10 contestant Tejasswi Prakash. Shaheer Sheikh has shared a picture from their music video on his Instagram handle and it is too adorable. This will be Shaheer Sheikh’s debut music video while Tejasswi Prakash was recently seen in one along with Shivin Narang.

Shaheer Sheikh will also be seen in a web series title Paurashpur. This will also be his debut web show and fans are excited about the. The web series includes so many big stars and it seems it will be a huge hit. Along with Shaheer Sheikh, we will also see Annu Kapoor, Milind Soman, Shilpa Shinde, Flora Saini, Anant Joshi, and Sahil Salathia. The show will be directed by Sachindra Vats and produced by Jaasvand Entertainment. It seems it will be a never seen before period drama in the OTT space and we cannot wait for the web series to be out soon. Earlier, in an interview with Pinkvilla Shaheer Sheikh opened up on his show, Yeh Rishtey Hain Pyaar Ke going off-air.

He said, “It was a shock for me and all of us too, actually. Rajan Sir came to the set today towards the evening and he personally informed everyone and made a formal announcement too. It was a shock as I was not expecting that. I thought he has come to tell us that we have to give in little more and perform better and put in more hard work, that is what I thought but we were left surprised to put it mildly.”