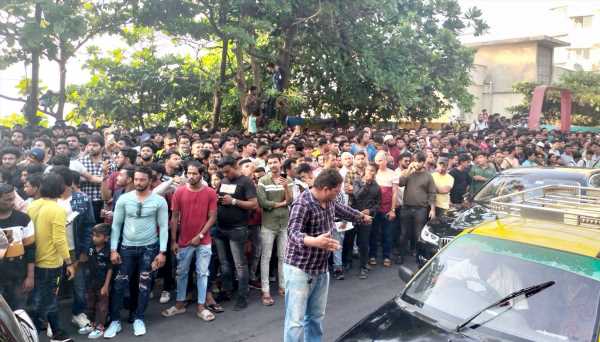 At midnight, November 2, Shah Rukh Khan stepped out into the balcony of his home, Mannat, a balcony that is almost as famous as he is.

Climbing on to a specially rigged platform, he blew kisses to his fans who had been waiting for hours to wish their favourite star on his 57th birthday.

Looking as charming as ever, his dimpled smile in full view, SRK acknowledged and returned their love.

Even the waves of the Arabian Sea, that front his home, may have risen a little higher that night.

Watch! A star greets his fans

As the sun dawned, the crowds did not lessen.

Security was beefed up and people across ages and backgrounds got together for the one thing that unites all Indians: The movies and their love for their favourite stars. 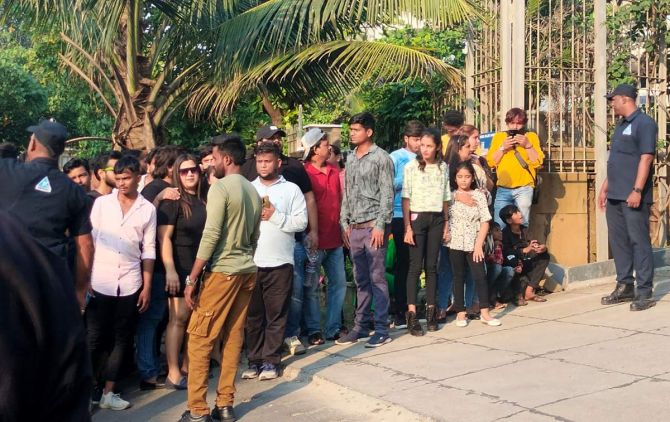 A 20-something girl and her mother — both Shah Rukh fans — came all the way from Kolhapur to see his sea-facing, sprawling bungalow for the first time ever.

As she chats with Rediff.com Contributor Mohnish Singh, she says her only regret is that her mum did not name her Kiran after Khan’s famous co-star in Darr.

Of course, these days, she leans more towards the name Suhana. 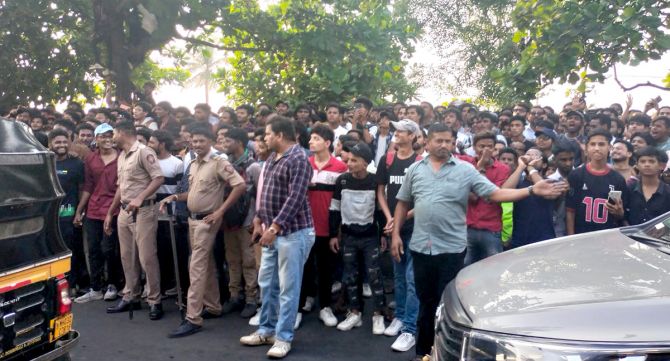 Traffic nearly comes to a standstill outside Mannat as the crowd increases. 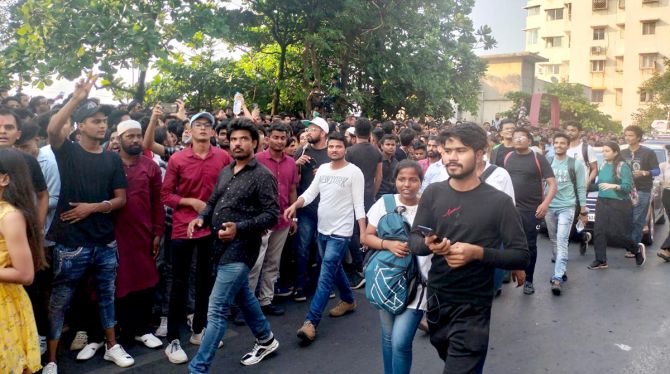 People walk from far far away for a glimpse of the Badshah Of Bollywood on his birthday.

The cops too seem to be waiting 🙂 SRK, darshan kab de doge? The sun is hot but King Khan’s fans are undeterred. 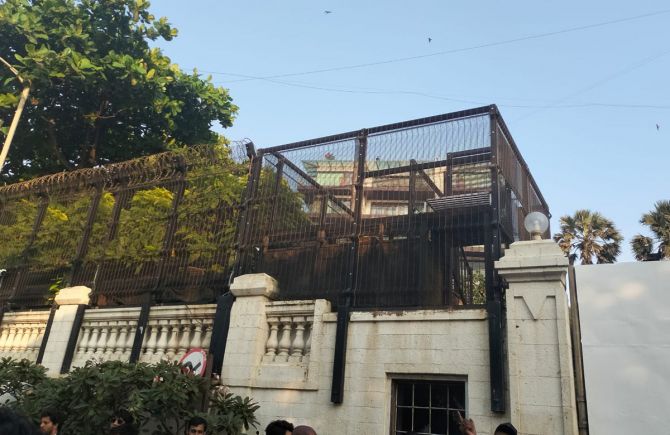 This is where Shah Rukh Khan will arrive to meet and greet his fans. 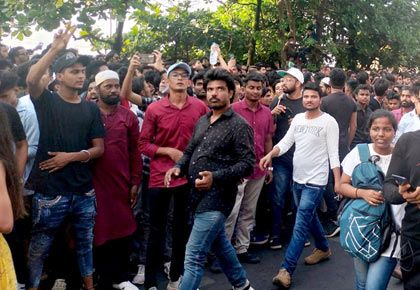