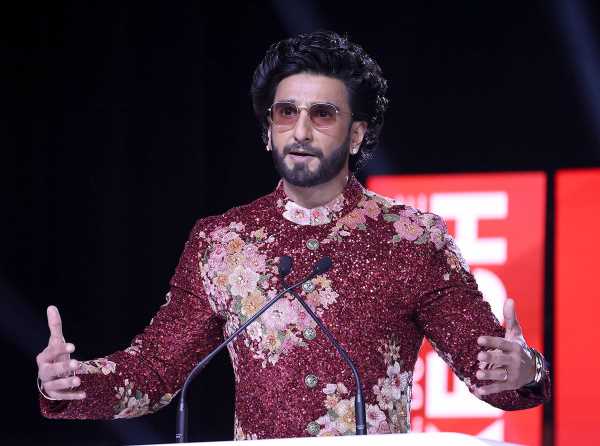 The actor, who celebrates his fourth wedding anniversary on November 14, has been collecting accolades from across the globe and at home over the weekend!

It started at the Marrakech International Film Festival, and we bring you the pictures.

Ranveer wins the Étoile d’or award and gets emotional as he addresses the audience at the Marrakech film festival. But he entertains them too, with a dance! The spring in his step seemed to come from the Wall of Fame, when he noticed the missus sitting pretty on it!

Deepika Padukone had attended the film festival for the screening of her film Goliyon Ki Raasleela: Ram-Leela; the Sanjay Leela Bhansali movie that began their love story.

When he was asked on the red carpet, ‘What he would do if he woke up one morning as Deepika?’ he replied, ‘I will go over to Ranveer Singh and give him a big kiss.’ ‘Cinema is a unifying force! I feel immensely honoured that my work has transcended cultural and geographical boundaries, and has earned me such love and recognition in beautiful Morocco I’m overwhelmed with gratitude!’ Ranveer writes. 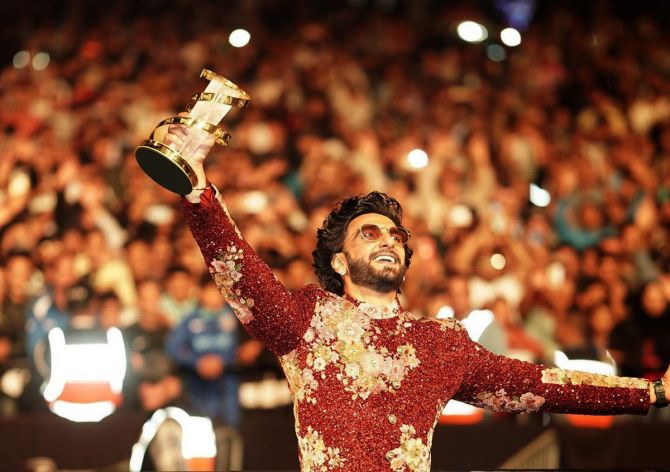 ‘Thank you to the Marrakech International Film Festival for bestowing me with the prestigious Étoile d’or Award! Proud to be an ambassador for my culture and represent Indian Cinema on the world stage!’ Is this called happiness? 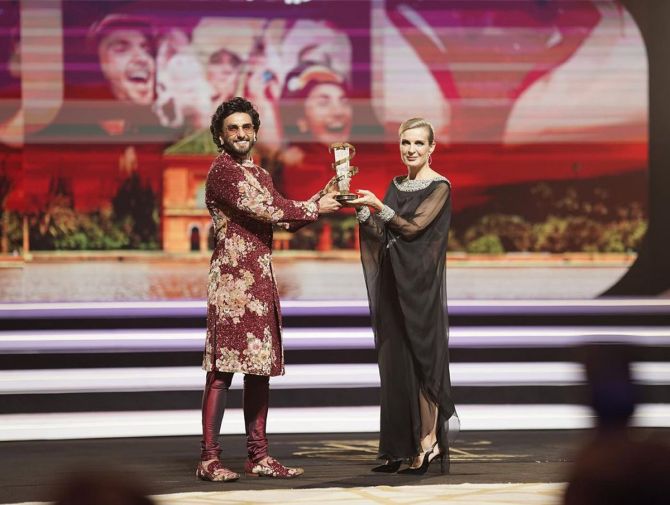 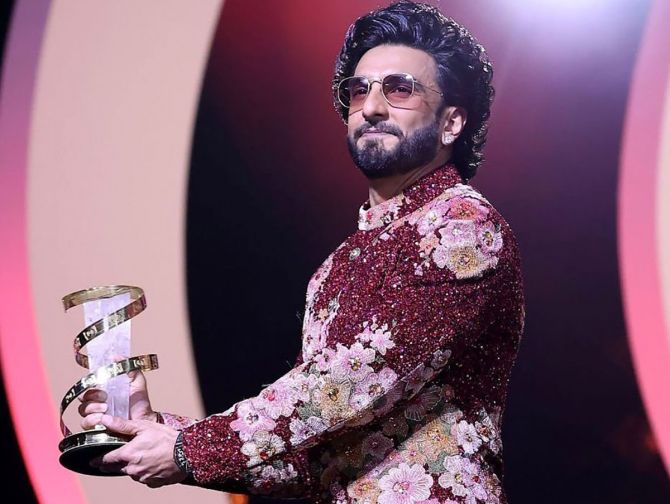 Back home, Ranveer won the Actor Of The Year prize at the GQ awards for ’83. 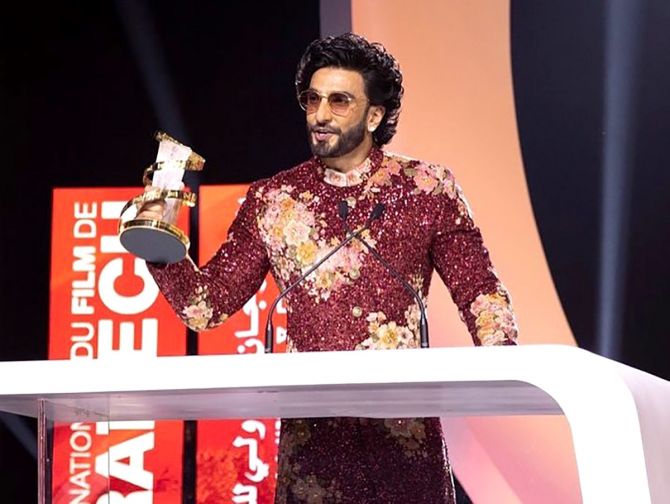 On the work front, Ranveer will be seen in Rohit Shetty’s Cirkus, scheduled for a Christmas release, followed by Karan Johar’s Rocky Aur Rani Ki Prem Kahani on April 28.