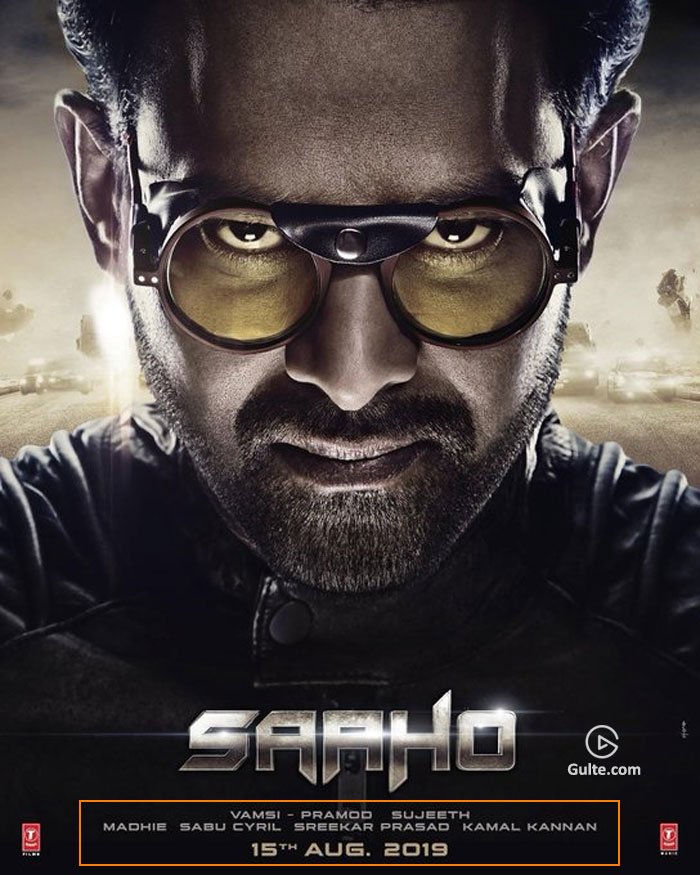 The moment “Saaho” poster came out, there is quite elated feeling everywhere that Prabhas has confirmed the release date of his most awaited film after Baahubali 2. However, many are wondering why the names of music directors are missing from the poster, who is a main and crucial ‘technician’ for the film.

Bollywood’s popular composers Shankar-Ehsaan-Loy, of which Shankar Mahadevan is quite popular for his songs in Telugu, is actually composing music for the film Saaho. But surprisingly, it is Thaman who has given the background score for Saaho teaser. The producers have time and again confirmed that the trio of music directors are doing fantastic work for the film.

Even recently when the Shades of Saaho videos released, actually they have a bit of music scored by Shankar, Ehsaan and Loy only. But now, the poster has omitted their names and that is leading to many doubts. Is this omission just a human error or there is something more to that?

But if composers for the film are changed now, Thaman seems to be the best option for the background score, and we wonder who will be scoring songs.

05/21/2019 TV & Movies Comments Off on Why Music Directors Names Are Missing On Saaho Poster?
India