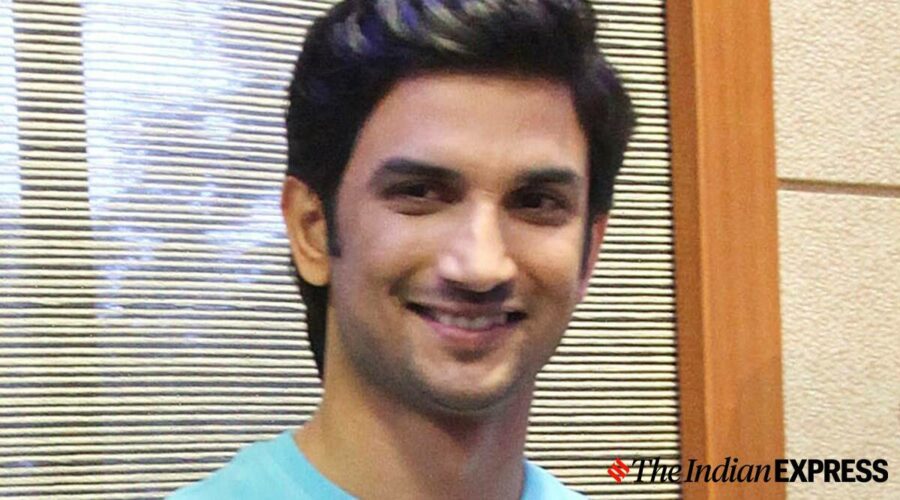 A year after Sushant Singh Rajput's suicide, the flame of his death remains very much alive. We revisit a number of his films to see what his most popular characters tell us about him. 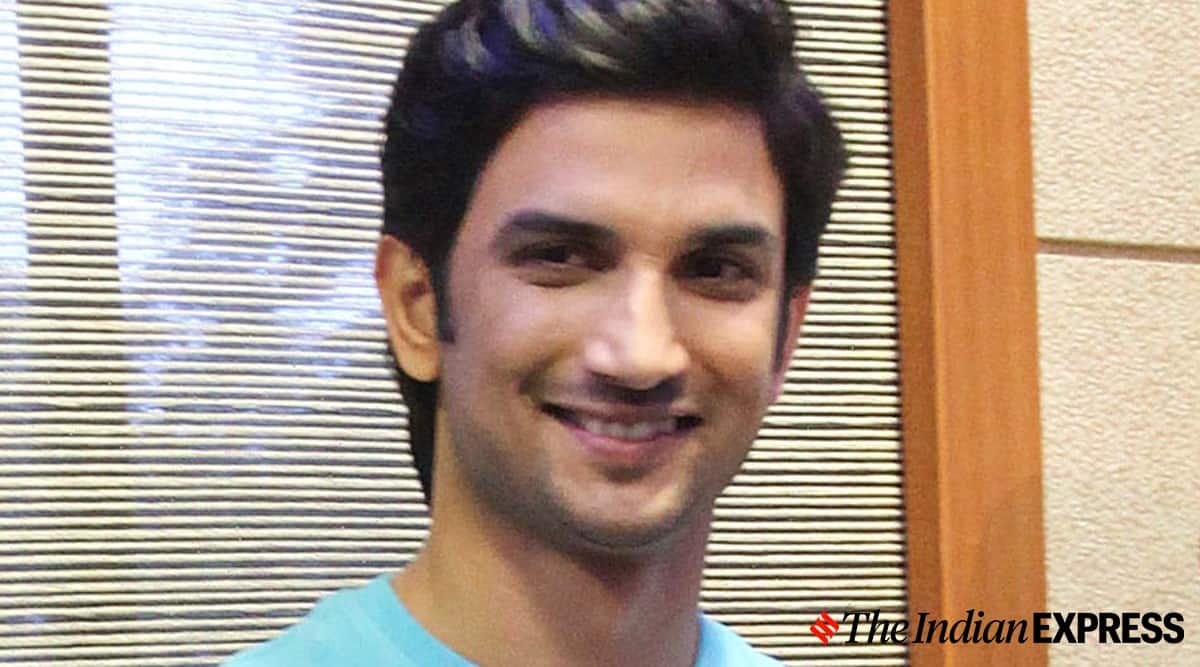 A mournful air hangs over Dil Bechara (2020). Not just because Sushant Singh Rajput’s swan song is a story about death. Much of it has got to do with Sushant’s high-profile suicide barely a month-and-half before the film’s release. The 34-year-old, Patna-born actor died on June 14. Watching him in Dil Bechara, you can’t shake off the eerie feeling that you are watching him for the last time. He’s gone. He won’t come back. While it was a given that Manny, Sushant’s happy-go-lucky, fun-loving character in Dil Bechara (based on the John Green tearjerker The Fault in Our Stars), is terminally ill with only a short life ahead of him, in real life the tragedy of Sushant’s suicide was too difficult to stomach for the emotional Indian audiences. Firstly, nobody expected this sad twist of fate and secondly, you never know what a long game he was in for. Sushant is not Manny and it’s wrong to look for him in his character. Yet, Sushant gives Manny his easygoing charm and immerses himself into his final screen role with zest.

We first meet Manny trying to impress Kizie Basu (Sanjana Sanghi). Cut to AR Rahman’s dancey track. Manny is the film’s tragic beating heart. He’s also a jaunty hero in a Bhojpuri film that his friend JP (Sahil Vaid) is making, inspired by their shared love for Rajinikanth. Will Kizie be his heroine? At first, Kizie dismisses him as “irritating, arrogant and narcissistic.” But after a while, she falls for his livewire energy and high-functioning smooth talking. He’s like his famous predecessor Anand Sehgal of Hrishikesh Mukherjee’s Anand (1971). “Anand mara nahin, Anand marte nahin,” says Amitabh Bachchan’s Dr Bhaskar, trying to keep his friend’s memory alive. Anand (Rajesh Khanna in arguably his most immortal performance) is chatty and persuasive. Everything about the man who loves to make a “Jaichand” out of everyone is infectious. Now, look at Manny. He wears the same soul as Anand. Beneath that funny exterior, he is hiding pain and suffering. Manny and Kizie are both fighting cancer. Manny has already lost one leg to osteosarcoma while Kizie lugs around an oxygen cylinder that she jokingly refers to as ‘Pushpinder.’ 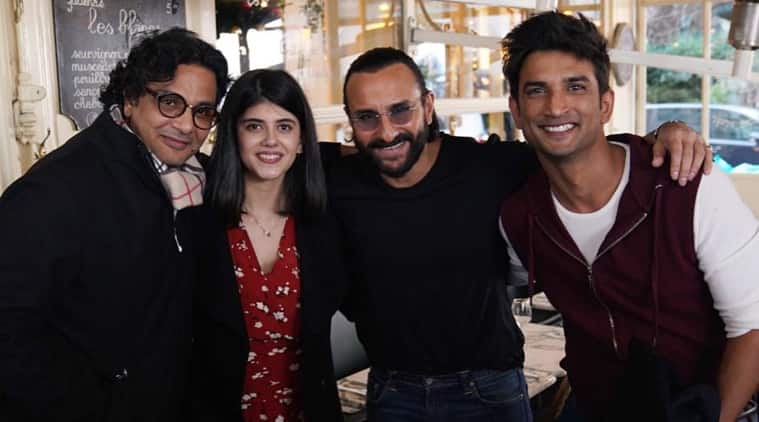 Despite pronouncing “nothing is forever,” she can’t resist falling in love with Manny, who completes her in a way. Together, they become obsessed with a singer called Abhimanyu Veer, in particular with his one song and why he left it incomplete. To find out more, they decide to meet the musician in Paris, where he’s now living as a recluse. Abhimanyu is Saif Ali Khan in man bun, with a grumpy attitude to match. “Can you live happily after your loved one is gone?” asks Kizie, when they meet in a restaurant. The exchange hits a wrong note when Abhimanyu erupts into a fury. “It is illegal to die by suicide. So you must live,” he says, at one point. That line assumes a sense of sinister forewarning given Sushant’s untimely death. As to why that song was left unfinished, Abhimanyu puts on a snarky show, “kyuni yeh saali life hi adhoori hai.” Naturally, the young lovers are shaken by Abhimanyu’s caustic comments. Flanked by the Seine in the City of Love, Sushant reassures Kizie, “I will finish that song for you.” Later, as the end nears for all three pivotal characters, a mock funeral is held for Manny in a cathedral. It’s a celebration of a short life but one lived well and one that brought smiles to others. In his eulogy, JP says, “It’s best that I am blind because I don’t want to see a world that doesn’t have Manny.” Casting honcho Mukesh Chhabra’s directorial debut, Dil Bechara is dedicated to Sushant, with the message, “You will be missed.”

It’s not the first time that Sushant’s character has died in a movie. On screen, death has frequently come to him in all sizes. In his maiden Kai Po Che!, he plays Ishaan, a cricketer with lost potential who has to fall back on mentoring a cricket academy. The 2013 film serves up a heady cocktail of religion, communal conflict, sports and friendship. Against the backdrop of Gujarat riots, Ishaan who has taken a Muslim boy under his wing is shot by his best friend Omi (Amit Sadh). Son of a priest, Omi has grown into a Hindu fundamentalist whereas Ishaan remains staunchly secular and dies as one. Kedarnath (2018) has him embrace a martyr’s death set against the Uttarakhand flood disaster while a dacoit’s fateful end awaits him in Sonchiriya (2019). There’s little doubt that Sushant’s ordinary characters with extraordinary will power and charismatic presence — a combination of headstrong, vulnerable, flawed, sensitive, hopeful, helpless, nervous, desperate, confident, illogical and morally tough — have penetrated deep into the audiences’ hearts. Many of Sushant’s films have tackled friendship in which he comes across as the dreamer and the one to reach for the stars. Anyone could have played M.S. Dhoni in the 2016 biopic, so what made Sushant a natural fit for it? The Patna native shared the same background as the legend he was incarnating on screen. Like Dhoni, Sushant was an epitome of middle-class dreams and small-town aspirations. Critics called M.S. Dhoni: The Untold Story hagiography. True, it is awfully in love with its subject but Dhoni’s rags-to-riches story suited Sushant just fine. What stood out was the dreams and the outsized talent that made it possible for the Ranchi boy to become a quintessentially Indian icon. It mirrored Sushant’s situation in Bollywood — the outlier on his way to stardom, before death snatched him away.

In less than a decade, Sushant, like his idol Shah Rukh Khan before him, had danced past the soapy success (Ekta Kapoor’s long running Pavitra Rishta) to quickly become one of Bollywood’s most promising young stars. It has been a short but substantial innings. Famously, he had dropped out of engineering to pursue acting. As it turned out, 2019’s Chhichhore yanked him back to the campus. It is director Nitesh Tiwari’s nostalgia trip to his own IIT days, especially its adventurous hostel life. Co-starring Shraddha Kapoor and Varun Sharma, the film gives Sushant one of his finest screen turns. He’s a father whose disturbed son has just attempted suicide because he feared the world would judge him a ‘loser.’ There’s always a plan for success, never for misfires. We never prepare our children for failure, Sushant’s character Aniruddh observes, a realisation that dawns on him only when faced with the prospect of losing his son, now battling for life in a hospital with serious injuries. As the son recovers, his biggest learning from his near fatal accident is, “The most important thing in life is life itself.” Watching Chhichhore on Sushant’s first death anniversary, you wonder if only he had walked away with that all-crucial lesson of courage and survival from one of his bravura films. If only in his weakest moment he had shown faith in his own stroke of genius. 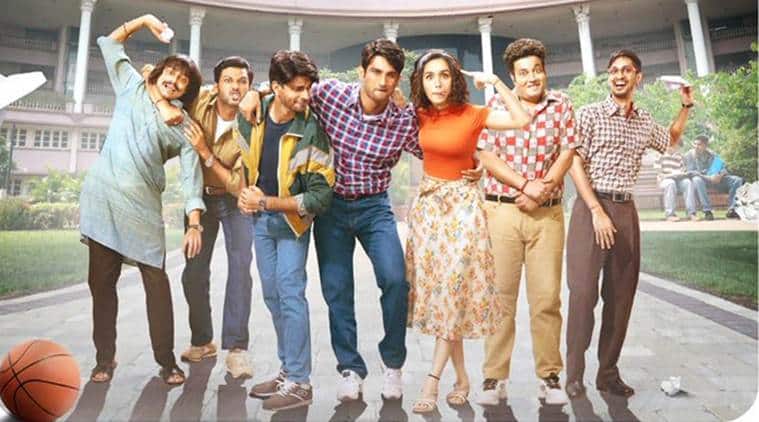 In the past year, Sushant’s death has snowballed into a movement — nay, revolution — of the kind Bollywood hasn’t witnessed in decades. It has been a collective national grieving. Even at a time when Covid-19 corpses piled up high all we could talk about was just the one death that mattered, which preoccupied us and worried us no end. The questions that drive Chhichhore — success, failure, hope, competition, winner, loser, how to cope in times of crisis, giving your best shot and lastly, effort counts, not the result — are the same that afflicted Sushant’s life and haunted his death. Was he a victim of nepotism and turf wars? Was he shortchanged by the Hindi industry? If he was clinically depressed as news reports suggest and didn’t leave a suicide note behind, is it fair to blame anyone for his death? Will his departure be a wake up call to the clubby Bollywood elite and at the least, bring accountability in an industry dubious for putting family connections over gifts of talent?

Meanwhile, the SSR fans continue to cry on behalf of their crucified hero for justice. In this striking cabal of admirers, justice-seekers, warriors, media, shouting anchors, politicians, Twitteratis, Bollywood bashers and fence-sitters, who can come forward to give Sushant’s sweet song of life a touch of closure and completion? Anyone, there?