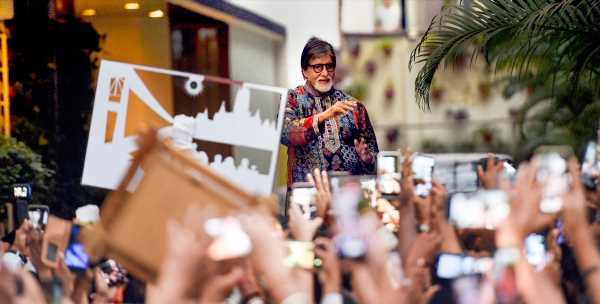 Every day, Amitabh Bachchan’s fans gather outside his residence, Jalsa, a northwest Mumbai landmark, for a glimpse of their favourite star.

But this event, on October 11, was special. For the legendary actor turned a ‘young’ 80 and his fans — who Bachchan says are part of his family — were there to celebrate.

And capture him with their mobile phones; it was their personal Amitabh moment. 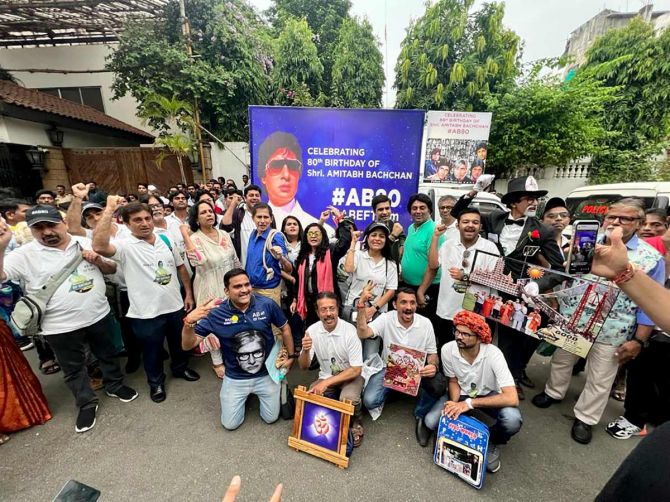 The placards, banners and slogans struggled to capture their immense love for India’s biggest, and much loved, star.

Some even wore him on their chests!

And Big B returned their love.

He stepped out of his home at midnight with daughter Shweta Bachchan Nanda to greet his fans who had been waiting to wish him. 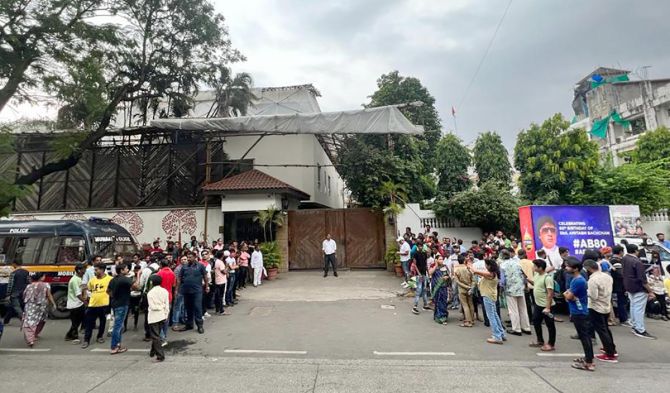 ‘And another 365 ..and another begins .. as do many other begins.. beginnings are required .. they provide ends .. and ends need love and grace and care to be accomplished. It is impossible for me to even attempt what your love and affection means to me .. so I fold my hands and pray for all in the spirit of generous gratitude .. My love as ever,’ Amitabh Bachchan posted on social media. 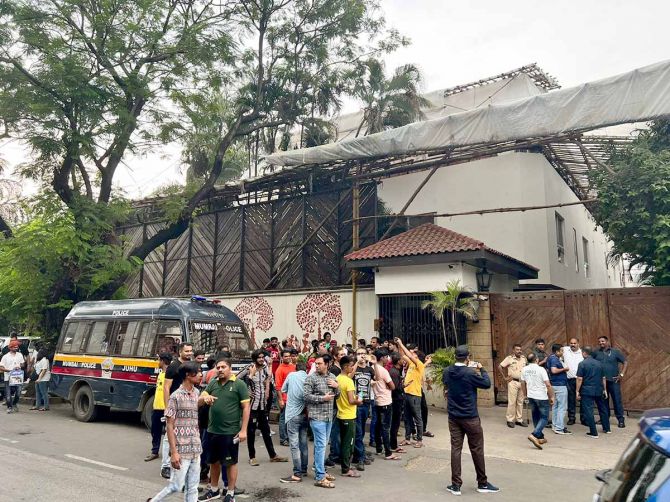 Heavy security was deployed outside the Bachchan home for the special occasion. It was his fourth film this year; the others were Jhund, Runway 34 and Brahmastra Part One: Shiva.

Besides, of course, his beloved appearance as the host in Kaun Banega Crorepati, the show that changed his life and gave movie stars the freedom to extend their footprint to include the small screen. 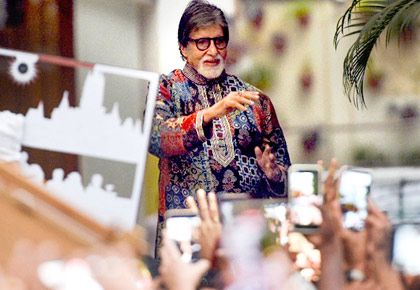 11/06/2022 TV & Movies Comments Off on Who Did Amitabh Bachchan Want To Meet On His Birthday?
India