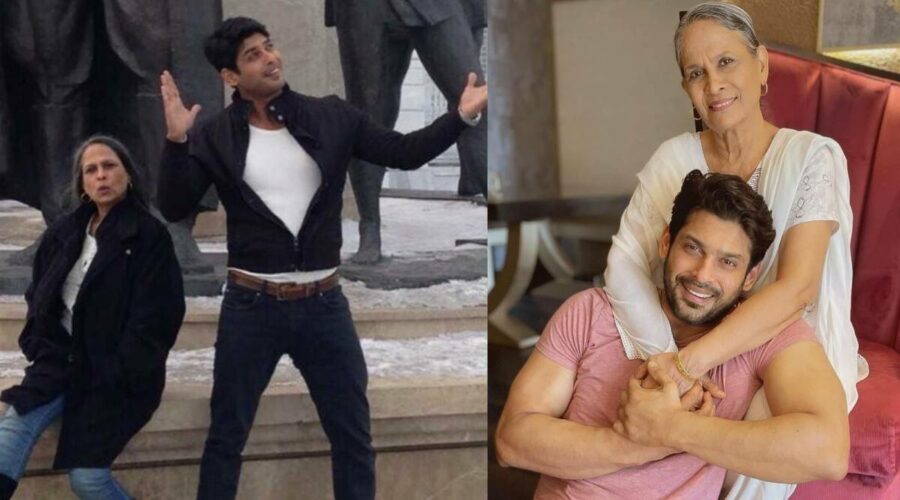 Sidharth Shukla had said that he always 'melts for his mother' despite his 'rough exterior'. He admitted that he was a 'naughty' kid who always ended up in trouble but he never hesitated in owning up his mistakes in front of his mother. Actor Sidharth Shukla’s sudden demise has left the Indian entertainment industry shocked. The actor passed away at the age of 40. He is survived by his mother and two elder sisters. The late actor was closest to his mother and described her as his ‘best friend’ from whom he kept no secrets. In fact, she was the reason that the actor entered the showbiz world.

When the late actor featured in Humans of Bombay, he had shared how his mother was always around him. “People know me as a man with a rough exterior. But I’ll always melt for my mom. Right from the time I was born, she’s been the most important person in my life. I was the youngest of 3 kids & too small to play with my sisters, so I was always around mom. Back when I was a toddler, I’d cry if I had to go a second without her–so even while making rotis, she’d hold me in one hand & the roller in another! As I grew older, she became my best friend,” Sidharth shared.

Sidharth had admitted that he was a ‘naughty’ kid who always ended up in trouble but he never hesitated in owning up his mistakes in front of his mother. Though the actor was heartbroken after his father’s demise, he said his mother held the family together and did everything for the three siblings. “When dad passed away 15 years ago, it felt like the umbrella over us had been taken away. But my mom was our rock–she never showed any signs of vulnerability. Despite our poor finances, she ran the house, looked after 3 kids & fulfilled all our demands! I know now that she must’ve had to sacrifice so much to give us what we wanted.”

It was Sidharth’s mother who sent him for modelling thus leading him to the acting profession. He had said, “She even played a pivotal role in helping me find my passion. I used to act like the ‘cool guy’–so to ‘teach me a lesson’, she sent me for a modeling contest thinking I’d be put in my place! Funnily enough, I actually won! So, even on a subconscious level, she’s been a guiding force in my life.” It was his participation in the TV reality show, Bigg Boss that kept him away from his mother for months for the first time. And, it was the toughest part for the actor. He shared, “Recently, I was on Big Boss & for the first time, I didn’t speak to her for months. I know it doesn’t sound too cool to say it at 39–but being away from her was the toughest part of the show. So, when I received a letter from her on set, I sat & read it in her voice–it felt like she was right next to me & that letter was a piece of her.”

Sidharth was happiest whenever his mother used to tell him she is proud of him. “Even today, she’s my anchor and never fails to give me her daily dose of advice–when I finally saw her on set after 3 long months, the first thing she told me was to stop wearing shorts all the time & to put on a pair of jeans,” the actor had concluded.

09/02/2021 TV & Movies Comments Off on When Sidharth Shukla found it hard to stay away from mother during Bigg Boss, said he always melts for his mom
India