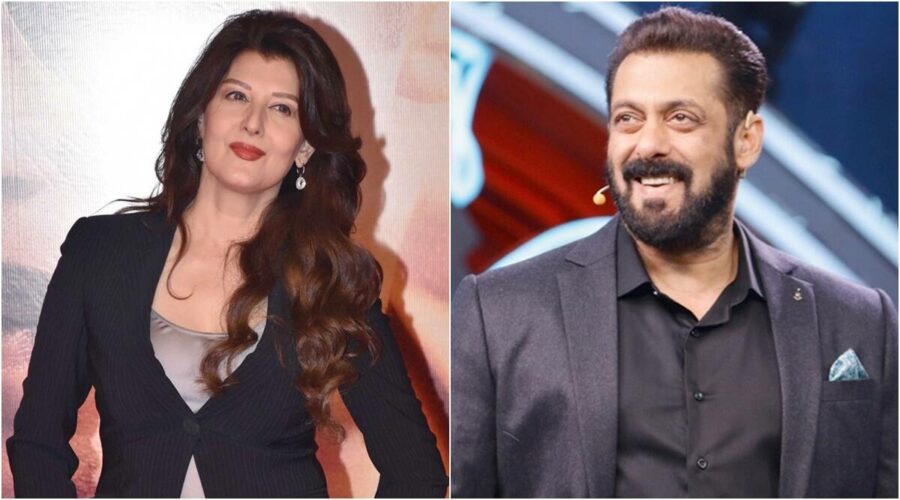 Sangeeta Bijlani and Salman Khan dated for over a decade, and were even on the verge of getting married. The superstar had accepted that even their wedding invites were printed but she 'caught' him. Actor Salman Khan’s private life has always been a subject of much sensational discussion. One of his well-known relationships was with Sangeeta Bijlani. They dated for over a decade, and were even on the verge of getting married. Sangeeta married cricketer Mohammed Azharuddin and quit her career in Bollywood. Today, she and Salman remain on cordial terms.

In an interview with Times Of India, earlier this year, she said, “Connections don’t break,” she said, when asked about how she has maintained a friendship with Salman over the years. “Connections never go away. The love between your partners, school friends never go away. People will come and go. Nobody will be permanent in life. That does not mean you feel bitter or angry. At one point you evolve. There was a point in time of my life where I was childish and stupid, but I am a grown up now. Life is full of experiences.”

During his appearance on Koffee With Karan, Salman had spoken about almost marrying Sangeeta. “There was a time that I really wanted to get married and then it just didn’t work out. I have always come so close. People have got cold feet. ‘Theek hai, boyfriend, isko zindagi bhar jhelna padega kya (They think I am a good boyfriend but it’s difficult to tolerate me for the rest of their lives).’ With Sangeeta, even the cards and all were printed,” he said.

When Karan asked if the wedding was off as she caught him, the actor tried to sidestep the question before accepting, “Yeah, kind of.” He added that, “I get caught. I’m stupid.” He then changed his tune and said, “What are you talking about?”

Salman Khan’s single life seems to perplex his family as well, as Arbaaz Khan revealed on his episode of Pinch with Anil Kapoor. “We’re tired,” he had said.

Sangeeta made her Bollywood debut in 1987 with Qatil, opposite Aditya Pancholi. She has also appeared in films such as Tridev, Hathyar, and Jurm. Salman was last seen in Radhe: Your Most Wanted Bhai. Sangeeta mentioned that she expects to make a comeback, preferably through web shows as that seems to be what appeals to the audience.

09/22/2021 TV & Movies Comments Off on When Salman Khan accepted wedding with Sangeeta Bijlani was called off after she ‘caught’ him: ‘Even invites were printed’
India