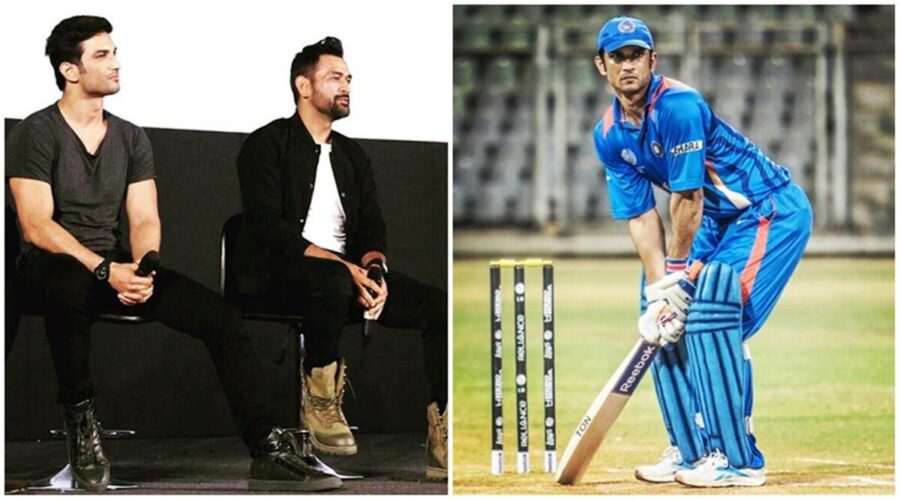 Mahendra Singh Dhoni had once said that though he did not spend much time with Sushant Singh Rajput during MS Dhoni: The Untold Story shoot, the actor always asked him a lot of questions. During the promotions of MS Dhoni: The Untold Story, the cricketer had revealed that he was practically ‘scraped’ by Sushant Singh Rajput with his never ending questions. The film was a biopic of the former Indian captain with Sushant playing the lead role.

The actor was highly praised for his performance in the film, which told the story of MSD from his birth till he achieved cricketing glory. Dhoni had also praised Sushant for the way he managed to get into the skin of the character.

Dhoni had confirmed that Sushant managed to perform an “exact replica” of his famous helicopter shot, and appreciated the effort that the actor had put in. In light-hearted conversation, MSD also mentioned how Sushant asked him too many questions while prepping for the film. It was at the trailer launch of the film M.S. Dhoni: The Untold Story, when the cricketer was asked if he was nervous to see his life unfold on screen, Dhoni had said, “Sushant must be feeling more nervous because it was for him to show what he was feeling inside and make the audience believe him, for which he has really scraped me. He used to ask me about how did I feel at that time, how do I feel now. I told him, “yaar tum sawaal he poochhte rehte ho (you keep asking too many questions).”

Adding that in reality, the two got to spent a lot less time together, Dhoni shared, “But the kind of effort he has put in the film, because one of the essential part of the film was cricket. Of course, all of us play cricket but when you have to show it on screen, you have to learn certain things, especially cricket shots. He has hit the helicopter shot in the movie and it’s exactly like a replica. So Sushant has put a lot of effort.”

Sushant trained with Kiran More for the film. While thanking him, the actor had shared, “A Big thanks to my Guru #KiranMore who for one complete year, everyday , trained me and gave me encouragement and never allowed my motivation to die. Thank You Sir 🙏.”

Sushant had shared multiple videos and photos where he was seen prepping for his role in Dhoni’s biopic.

See some photos and videos when Sushant Singh Rajput prepared for his role in M.S. Dhoni’s biopic:

M.S. Dhoni: The Untold Story stars the late Sushant as Dhoni, along with Disha Patani, Kiara Advani, and Anupam Kher.