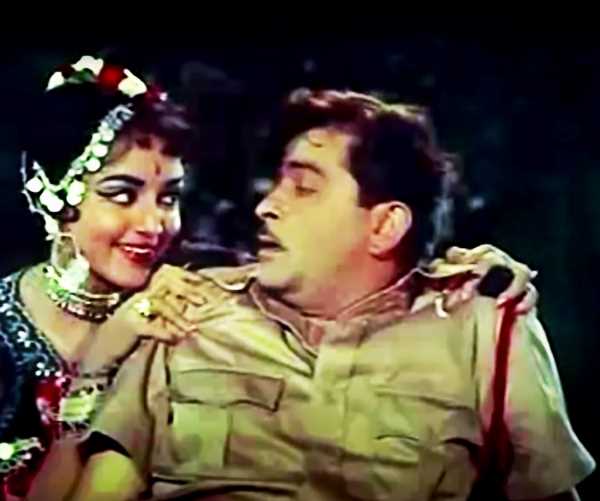 ‘It will remain my one regret that Lataji didn’t sing for me in Meera.’

Hema Malini feels Lata Mangeshkar’s songs went a long way in making her look like a dream on screen.

Does she actually remember the songs from her first film?

“Of course! It was a privilege to have Lataji sing for a new Tamil girl in her Hindi debut. When I heard my songs in Sapnon Ka Saudagar, I began listening to her old songs to understand how deep her talent ran.”

Over the years, Lataji not only became associated professionally but also personally with Hema Malini.

“She was really, really fond of both Dharamji (Dharmendra) and me. I was the recipient of many gifts from her. She would send me beautiful handpicked saris. Once she sent me coffee mugs with my face on them. For someone who barely stepped out of her home, it must have taken her so much effort to get the custom-made mugs. But that’s how she was. I have never seen such talent and such generosity in anyone.” 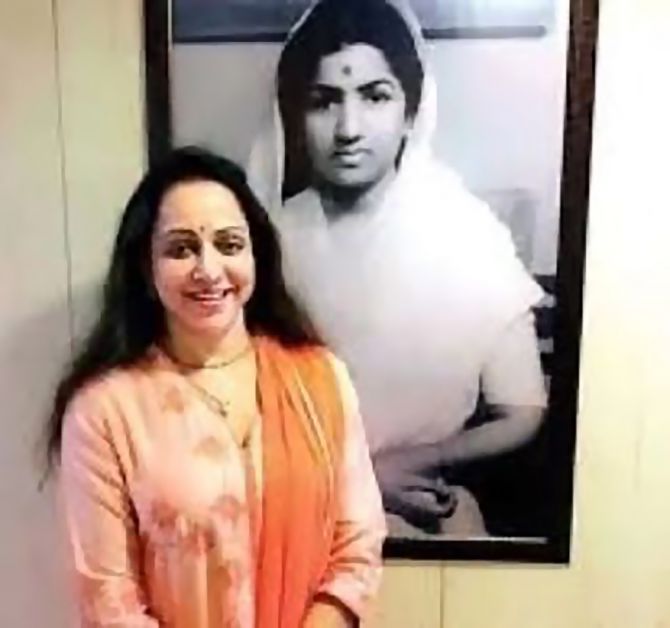 Hemaji and Lataji were WhatsApp friends.

“She sent me so many songs of hers, many of which I had never heard. They are a treasure that I will cherish forever. I would also send songs sung by me, and she would reply, ‘Kitna achcha gaati aap. Kitni achchi hain aap.’ She was so innocent and sweet. I feel bad that we only chatted on social media. Why didn’t we meet more often? Why do we wait so long to reach out to people who matter to us? Now, it’s too late.”

I tell Hemaji that Lataji felt she was the best person to play Lata Mangeshkar if a bio-pic was ever made on her. Lataji also found Hema Malini very beautiful.

“That Lataji found me beautiful, I know. She would tell me. ‘Aap bahot sundar hain.’ Coming from the most beautiful voice in the universe, it felt heavenly. But I didn’t know she wanted me to play her in her biopic. I wish some reputed producer would sign me to play her. It would be an honour,” Hema says.

“She sang beautiful songs for all heroines but I’d like to think what she sang for me was more special. From Duniya Ka Mela Mele Mein Ladki to Do Nainon Mein Aansoon Bhare Hain, what range of songs she gave me! I am so thankful to her.” 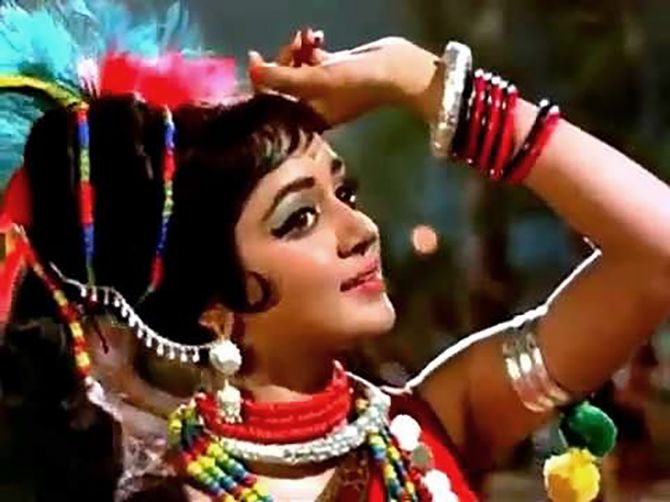 “I owe my Dream Girl label to her. Some of my favourite songs sung by Lataji were Mose Mora Shyam Rutha and Babul Pyare in Johnny Mera Naam, Aayegi Zaroor Chitthi and Govinda Gopala in Dulhan and Naam Ghum Jayega Chehra Yeh Badal Jayega in Gulzarji‘s Kinara. That song has become Lataji‘s signature tune. I am so proud that I sang it on screen.”

Speaking of Gulzar brings Hema to the saddest incident in her career with Lataji: “My most cherished dream of playing Meerabai came true when Gulzarji made Meera. It was producer Premji, who made many hits with me and Dharamji, to whom I suggested a film on Meerabai. He readily agreed. He asked me who the best director would be, I suggested Gulzarji. That’s how my dream of playing Meerabai came true. But when Lataji refused to sing the Meera bhajans, the project was ruined. Lataji had been my voice all through my career. Now when I was doing my most cherished role, she opted out.”

“I personally requested Latajito sing, Nahin to Meerabai ki awaaz nahin hogi. She politely refused, saying she had vowed not to sing Meera bhajans after having sung them for her brother Hridaynath Mangeshkar.”

Says Hemaji, “I wasn’t even told that Pandit Ravi Shankar was composing for Meera. I got to know later. Vani Jairam is a fine singer, but her voice didn’t suit me. It will remain my one regret that Lataji didn’t sing for me in Meera.” 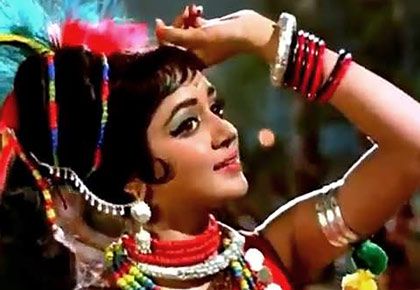