The 68th National Film Awards saw actors from across India get together for the prestigious ceremony in New Delhi.

While Ajay Devgn received his third National Award, power couple Suriya and Jyotika were awarded for their film, Soorari Pottru.

Ajay Devgn takes his place next to Suriya and his wife Jyotika at Vigyan Bhavan, where the awards ceremony was held. 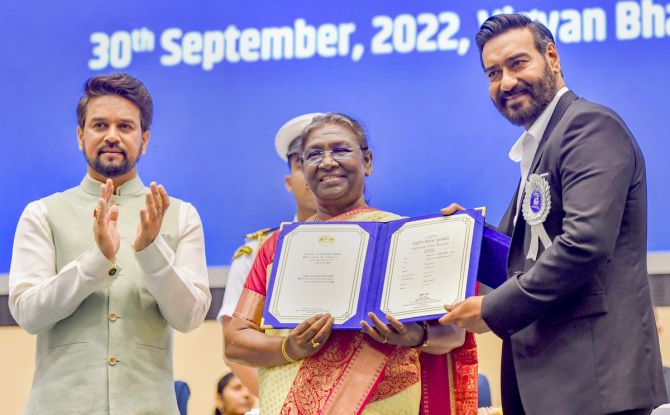 Devgn wins his third National Award for Best Actor for his historical Tanhaji: The Unsung Hero. He has earlier won for Zakhm and The Legend Of Bhagat Singh. 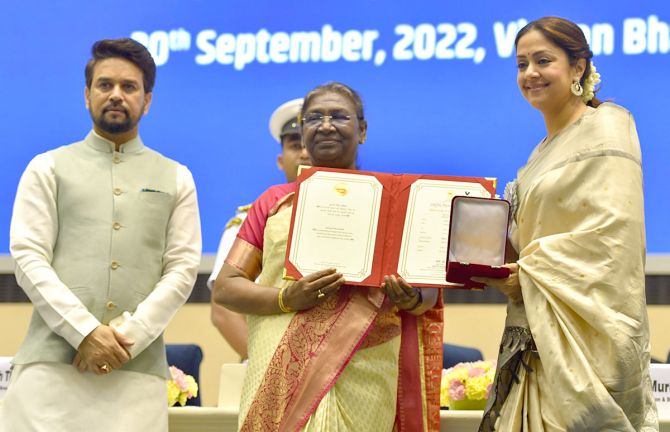 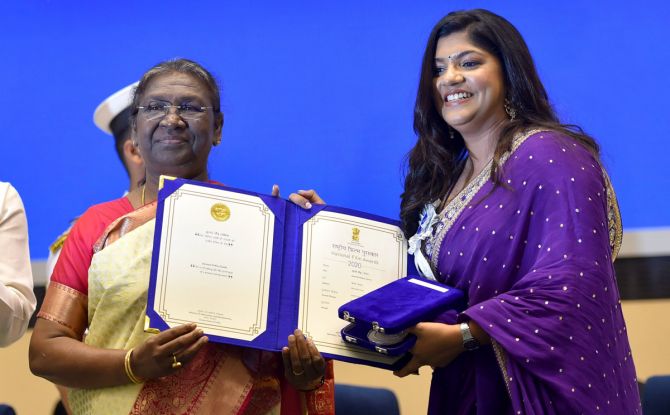 Aparrna Balamurali gets the Best Actress Award for Soorarai Pottru. Not many know that Asha Parekh began her career at the age of 10 (in the 1952 film Aasmaan). She has acted in over 95 films.

Her successful career as a leading lady started in Nasir Hussain’s 1959 superhit Dil Deke Dekho and she went on to act in hits like Kati Patang, Teesri Manzil and Caravan. 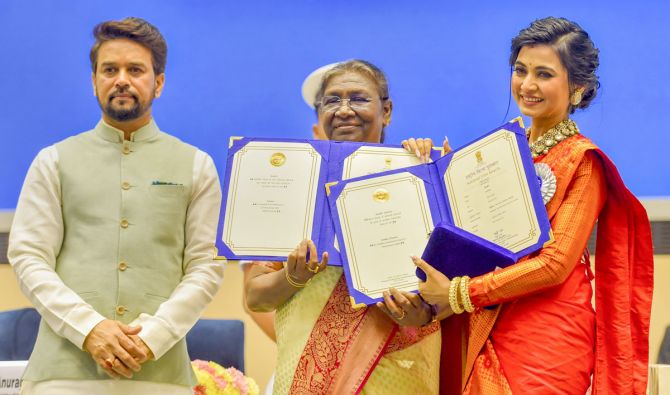 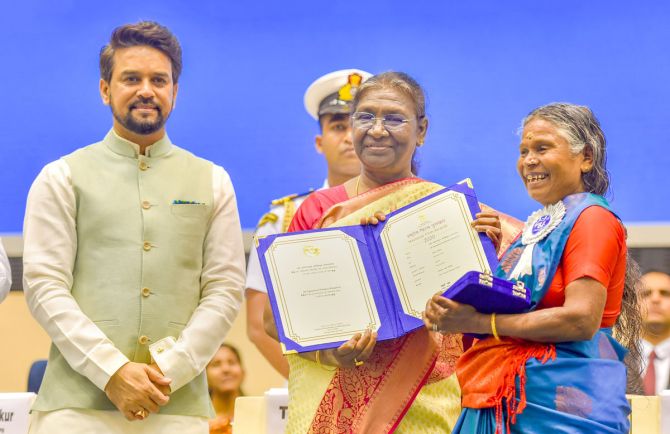 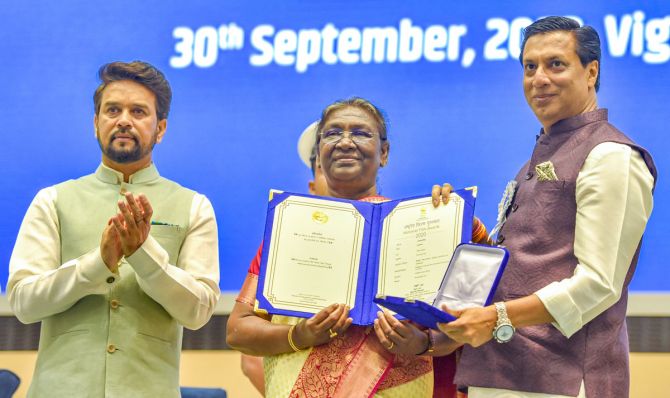 Madhur Bhandarkar collects the award for the Bengali film Avijatrik, which he co-produced.

With this film, Satyajit Ray’s iconic character Apu returns to the screen after six decades.

The story takes off from where the Apu trilogy ended with 1959’s Apur Sansar, and revolves around Apu’s bond with his six-year-old son. 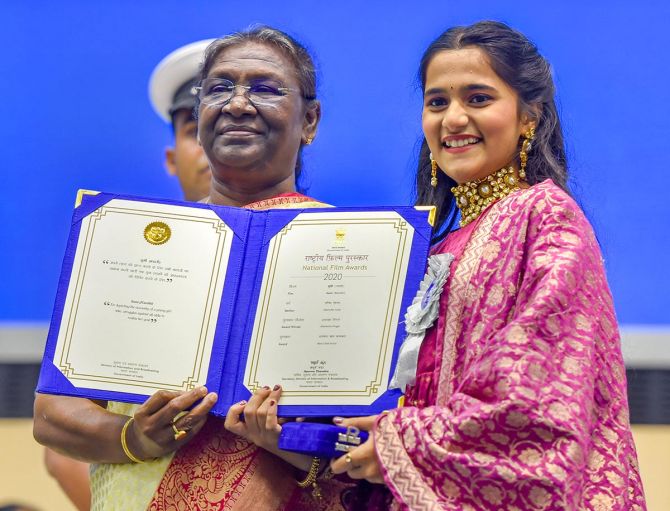 Anish shares the award with Akanksh Laxman Pingale, who won it for the Marathi film, Sumi… 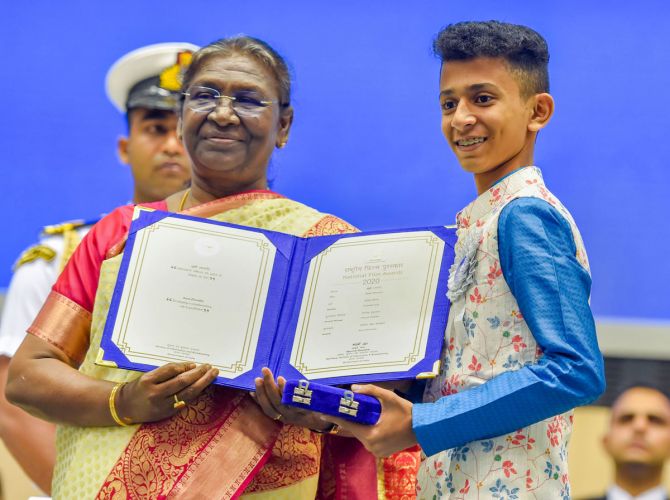