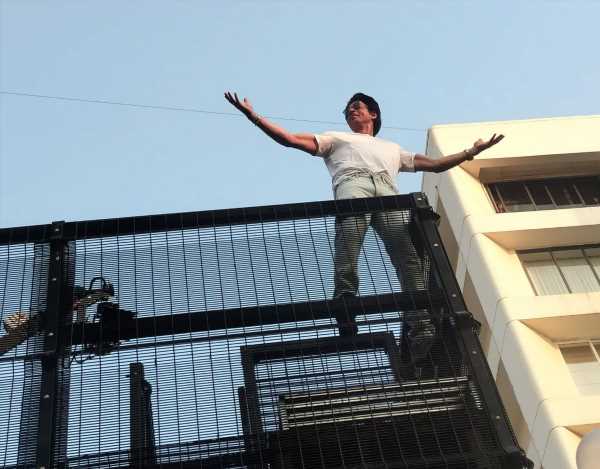 Fans thronged outside Shah Rukh Khan’s home, Mannat, on his birthday on November 2 and the superstar indulged them by stepping out on to his balcony and greeting them.

Security was beefed up as people tried to catch a glimpse of the charismatic actor.

It was a big day for SRK, as he also used it to launch the teaser of his upcoming film, Pathaan.

Looking action-ready and hunky, this will be his comeback movie after staying away from the big screen for five years.

Shah Rukh and his signature pose. He spent a couple of minutes waving out and hands rose up from the crowds to capture him on their phones. The fans can’t get enough of their favourite star. And he can’t get enough of them!

Watch: Shah Rukh listens as his fans sing for him!