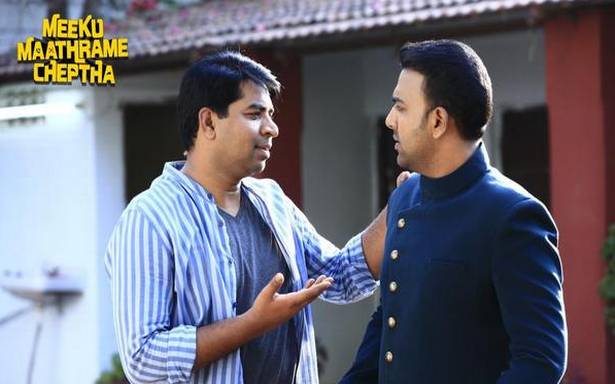 Vijay Deverakonda and Tharun Bhascker announced their new collaboration in style, when they revealed the title of their film through a fun video a few weeks ago, and followed it up with a teaser. Meeku Maathrame Cheptha is Vijay’s first film as producer and stars Pelli Choopulu director Tharun Bhascker in the lead, along with Anasuya Baradwaj, Vani Bhojan, Abhinav Gomatam and others. Directed by Shameer Sultan, this light-hearted comedy is gearing up for release on November 1.

Leading up to the film’s release, the actors have been visiting colleges in the city to promote the project. The film also stars Pavani Gangireddy, Avantika Mishra, Vinay Varma and Jeevan. The film’s cinematographer is Madan Gunadeva and composer is Siva Kumar.