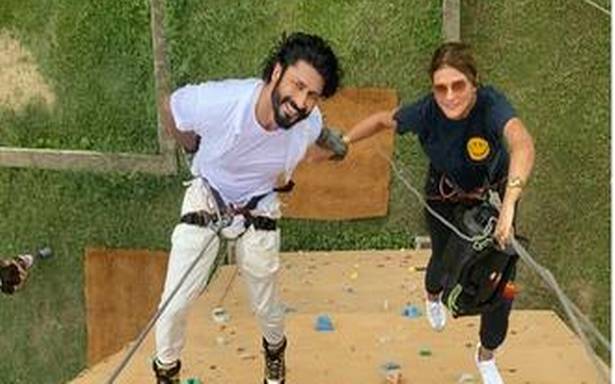 On the work front, the actor will be seen in films ‘Sanak’ and ‘Khuda Haafiz Chapter II’

The “Commando” actor took to social media and posted pictures with Mahtani, sharing that the couple got engaged on September 1.

The first picture featured the couple on a rock climbing wall while in the other, the duo stood holding hands in front of Taj Mahal, with Mahtani sporting a ring.

Mahtani, who is also in her 40s, shared the same photographs on her Instagram page and wrote, “Couldn’t keep him hanging any longer…said yes! 1-9-21.” On the work front, Jammwal will be seen in films “Sanak” and “Khuda Haafiz Chapter II”.