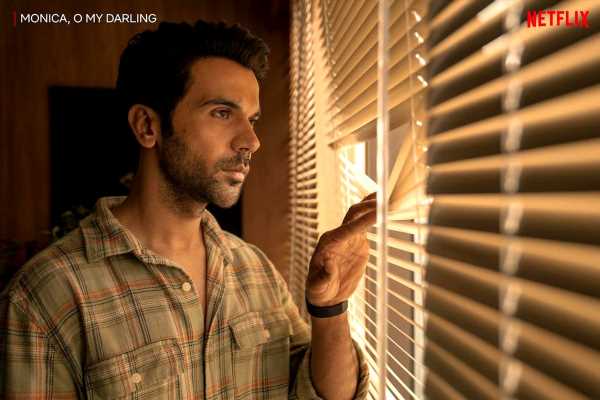 ‘This world shows humanity in a fraudulent light.’

Vasan Bala is thrilled that his latest crime thriller Monica Oh My Darling — only his third film as director — has become popular on Netflix.

“Everyone faces the same problems, but I have seen others who have tremendous output, and who keep writing scripts every day. By the time I have a story, people have written five screenplays. I am actively trying to better the rate of making films in the coming future,” Vasan Bala tells Subhash K Jha.

Monica O My Darling has been unanimously liked. Does that give you a high, considering your sparse output?

All the joy across the team who had come together during the second wave of COVID and all the hard work has paid off.

The faith was bestowed on me by the producers because they developed the script for four years before I came in, and gave it to me.

It’s a huge validation and relief that we, as a team, were able to put together a film that everyone liked.

Why only three feature films over so many years?

One reason is the way the industry is. It is tough to mount projects.

But I would not discount the fact that I am lazy because I have seen other directors.

Everyone faces the same problems, but I have seen others who have tremendous output, and who keep writing scripts every day. By the time I have a story, people have written five screenplays.

But I am actively trying to better the rate of making films in the coming future. How did the idea for the plot of Monica come from?

I think the noir genre, the femme fatale genre, has always been the man is dumb and the woman is smart because we live in a patriarchal society.

Where does the femme fatale come from? It comes from misogyny.

It is a rebellion against misogyny.

So it is always been this world of one-upmanship. Also the fact that this world is driven by greed and shows humanity in a fraudulent light.

There is so much scope to spice it up.

We stayed true to the classic theme, which is why noir is also being made.

At the time goody-goody films were being made, noir kind of exploded and jumped at the audience because it was addressing humanity in a slightly different way.

It wasn’t giving you moral science lectures; it showed flawed human beings and showed men and women equally wanting to be greedy, strong, treacherous and after each other’s life.

So I think noir, in that sense, lends itself into a great spectrum of human fatality and flaws. I loved Huma Qureshi and Rajkummar Rao wrestling on the floor with no gender concessions. Was it hard to shoot that sequence?

I am so proud of this particular sequence.

It was a short film itself wherein he enters the house, they have this conversation, it intensifies and they get into a fight.

It starts off a little comical and then the stakes go high.

It almost seems like Jayant (Rajkummar Rao) will lose the battle, but then something else happens.

She is almost dead, but then comes back to life and then they have a conversation. There were so many beats to consider and it was always a tight rope walk.

It can’t be too intense or too comical or too farcical, so kudos to Raj and Huma, who walked that line because when you are engaging in a physical combat, an immense out of trust is required because it’s not just one take, it’s a couple of takes and every time, they have to trust each other.

The great camaraderie that they have off screen came into play to trust each other and have a go at each other.

Both are incredibly accommodating actors, so I was not afraid; (I knew) they would take care of each other while on screen, although they are not supposed to.

It was a pleasure watching them and getting it right because we always knew that this was one of those tricky graphs to arrive at from the start to end of the scene because it was also such a long scene. 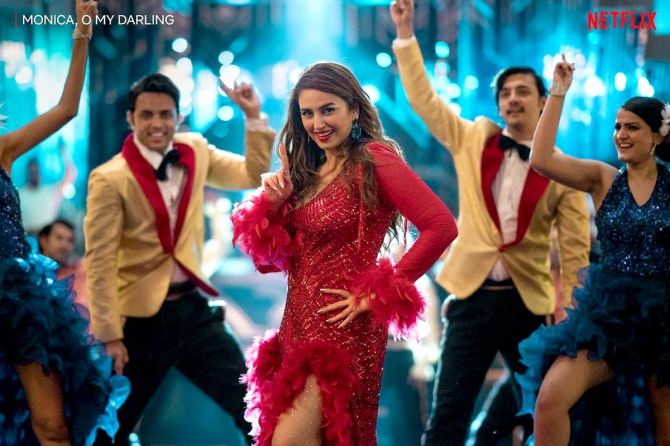 Tell me about your casting. Were all these actors your first choice?

Casting is the most important thing.

What I feel is over the years, having worked in so many films as an assistant director, a casting director, writer and now as a director, casting is the biggest miracle.

We have great ideas, all our potential stars, our combinations of who will get what money… very little discussion is about if they will fit the character.

But in spite of this, it’s almost like that phrase, ‘Daane daane pe likha hai khaane wale ka naam‘ (It’s written on every grain who will get to eat it).’

Whoever is meant to play the role lands it.

Casting is exactly like that great Zoya Akhtar film, Luck By Chance. It just falls in place when it has to fall in place. Your earlier film Mard Ko Dard Nahinremains your calling card into the kingdom of quirkiness. What do you have to say about its popularity?

Mard Ko Dard Nahi Hota happened at a time when after Peddlers, I was getting no work.

We made an extremely low budget indie film at a production of Rs 1.5 crore (Rs 15 million) or maybe even less than that.

Going to Cannes, having the French watch Peddlers and getting positive reviews, and probably traveling to other festivals didn’t mean that I was going get to make another film.

I had written another script and struggled to convince people to put in money. It was almost like a ‘kala dhabba‘ (black mark) festival director-art house label. Even today, it is difficult to break those shackles. It was a very difficult time and I felt punched down so hard.

Also, after the failure of Bombay Velvet (which he co-wrote), the only way to get out of it was laughing.

Mard Ko Dard Nahi Hota was that deep-dive into my childhood, into my comfort zone, into VHS movies, into my Kung Fu Hong Kong movies… that innocent laughter had to be found because otherwise I didn’t know if I could ever make a film again.

So all that quirkiness may have come out of being punched down deep and the only way to get up was to laugh at myself. 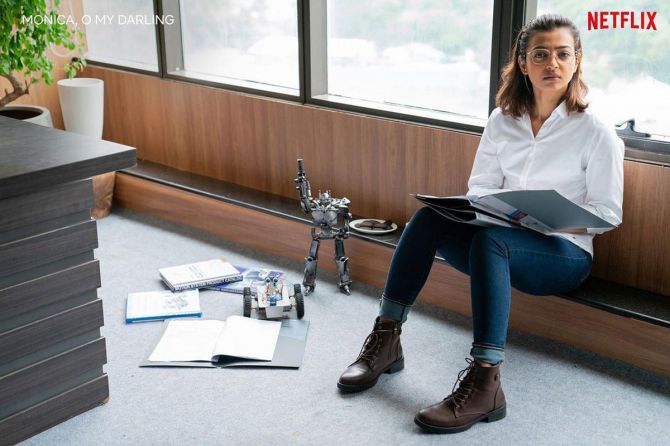 OTT has created space for all kinds of cinema. Is that a good thing?;

I think every space creates new opportunities in its first couple of cycles, then there is a cycle of success or failures, according to which OTT will choose to curate future projects.

That brings in a certain level of safe-play, which is extremely boring.

That is when money is put into popularity and not vision.

Then when you learn again that making projects is not going make you successful, you come back to the vision.

So I think as long as OTTs are backing a vision, it will be successful.

Of course, the ultimate thing that we have grown up with is ‘Cinema’, going to the cinema hall, watching movie in a dark room with strangers and have a community experience. That should never die.

Even when VHS, cable TV satellite, pirated VCDs came, internet came, theatres survived everything, so I hope it still does.

We must have a healthy mix of watching content everywhere.

Also, what OTT does is that it gives employment to so many people.

This is a great time to be in the arts because you will get to express yourself and be in the game. 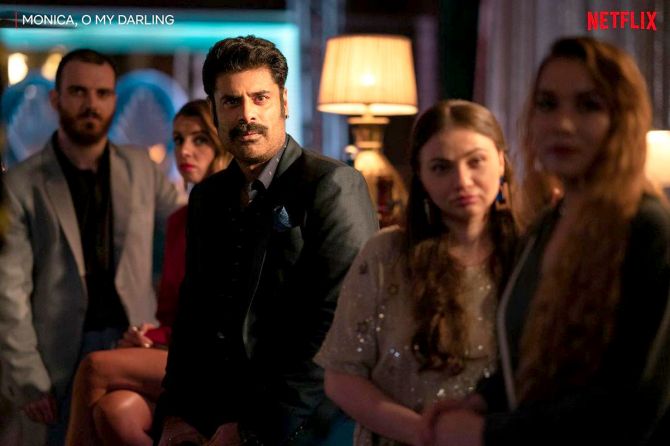 What are you making next?

What I am making next is still being written. I am writing a couple of things.

I really hope I do not take these long gaps and come out at more regular intervals.

That is the idea always, but life obviously has other plans. 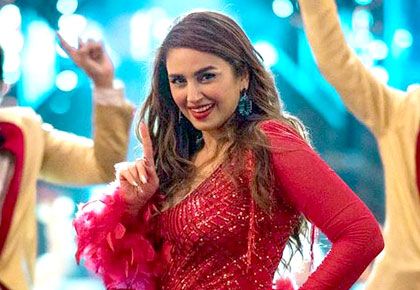