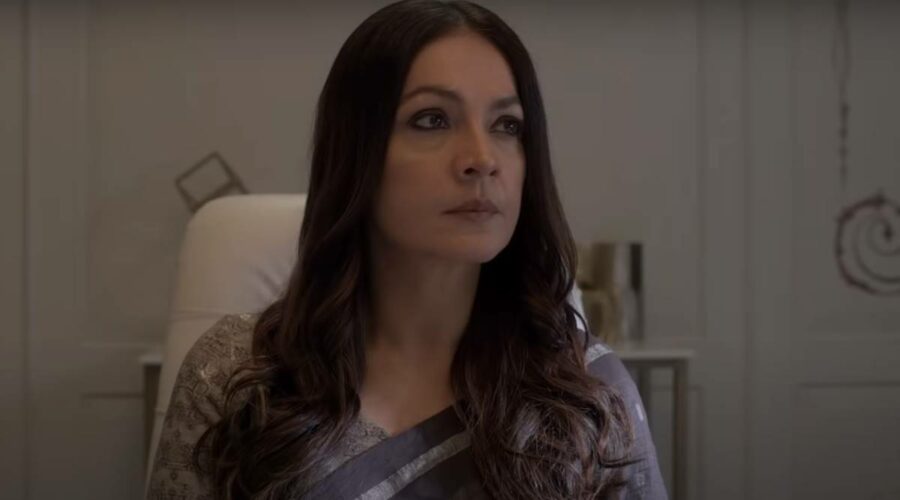 Pooja Bhatt, who returns to acting with Netflix’s Bombay Begums, says there are a lot more choices for actors today compared to the 1990s when she did not have many people she could relate to.

The actor-director-producer, who made her debut with 1989 film Daddy said it was always important for her to do films that she could live with.

In 2020, she made a guest appearance in Sadak 2, the sequel of her 1991 movie, but Bombay Begums marks her full-fledged return to acting.

“I’ve done a lot less work than my contemporaries at that time. I’ve done possibly about 23 films in my life, when others might’ve done 80 or 90. But I chose to kind of follow my heart and do stuff that I could live with,” Bhatt told PTI in an interview.

“In the 1990s, I used to feel isolated and so lonely in huge parts because there were not very many people I could relate to,” she added.

The 49-year-old star said small screen and her life have been “kind of intertwined” as her debut film was launched on TV in 1989 and in 2021, she is doing a show on a streaming platform.

“I think it’s an intimate platform for storytelling but yes, today there are a lot more choices. I think, which is why we have diverse actors. But there’s also an equal amount of banality that takes place. I know because just speaking profanity, or disrobing is not being forward.”

Bombay Begums, directed by Alankrita Shrivastava, explores the dreams and desires of five women from different strata of society as they fight for survival in Mumbai.

Bhatt plays the role of Rani, the CEO of a private bank, who goes on her own journey of tackling the murky corporate world, while simultaneously pulling off duties of a wife and a mother.

Among its many characters, the show features a 12-year-old girl who’s attaining puberty, and a 49-year-old woman on the advent of menopause, which appealed to the actor.

“Women are made to believe that this means the end of their life, the end of desire and the end of sexuality. But to be able to play a woman who in the throes of that and still has her impulses and follows them through is something that is a rarity,” Bhatt said.

“But I’m not in a hurry. People keep asking me whether Bombay Begums has opened a Pandora’s box. But I’m like, ‘You know what? This happened to me. But I’m quite content if this is the only thing that happens to me.’ I’m quite satiated with the way it has played out for me.”

Bhatt said her character of Rani, like many women in powerful positions in India, is the queen of that world as the CEO of a private bank. She has to navigate the murky corporate world while balancing a complicated family life.

The actor said the show looks at women from different walks of life as they navigate expectations around them to be multi-dimensional, something best represented in Shahana Goswami’s character of Fatima.

“I mean Rani has got her own issue and she’s fighting this battle, but still allows herself to go off and have an affair with somebody. Fatima is so hard on herself constantly. We look at our bodies as the enemy, we are very harsh with ourselves.”

According to Bhatt, women have this pressure to deliver on the work front and are also expected to be a great homemaker. Men, on the other hand, have the privilege of getting up and walking out, and someone else picks up after them.

“We are our own worst critics. If you’re not going to be kind to yourself, nobody’s going to be crying for us. So, I think empathy begins with yourself. Treat yourself right. Allow yourself to fail. And then the world will be a bit more accommodating,” she added.

Bhatt is of the opinion that patriarchy is not gender-specific as there are many women who display acute patriarchy.

“I think that women fall into that trap more often than not. So it’s not something that only men thrust upon us. We somewhere take that and we kind of reinforce that. We do that by really not having each other’s backs in many ways. Making other women pay the price for what we could not be or what was some way thrust upon us,” the actor said.

For any actual change to take place, there is a need to let go of the differences.

“I think living is a constant process of unlearning and in a world that is so polarised, where we are only projecting ourselves, it’s time we pause and ask the other about what they feel,” Bhatt said.