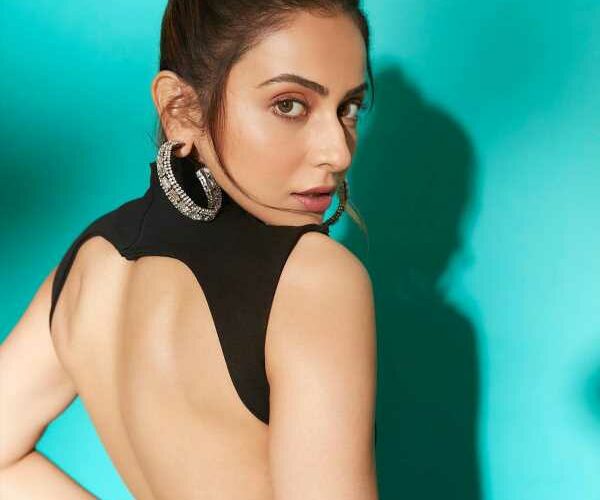 ‘After the audience watches the film, if they say Rakul stood her ground in front of Ajay Devgn and Amitji.’
‘That’s what will be important.’

The actress reunites with Devgn in the aviation thriller Runway 34, which also features Amitabh Bachchan in a significant role.

What made you say yes to Runway 34?

The fact that it is a very different film. It has not been seen before in Indian cinema.

I don’t think we have had an aviation thriller in Indian films.

The icing on the cake is that none other than Ajay Devgn is directing it.

Also, getting an opportunity to work with Amitabh Bachchan sir and Ajay sir again and doing the role of Tania, which is an unconventional, quirky, power-packed role, was great.

So all these factors led to my saying yes to the film. Did you have to do workshops for it?

Yes. We trained for three-four days.

There was a captain who trained us with the cockpit, so that we were familiar with what the panel looks like.

It was like a memory-retention class! I think I have forgotten everything now.

But at that point, we had workshops to understand the cockpit and a captain on set to guide us through.

In De De Pyaar De, Ajay Devgn was your co-star and here, he is your director too. How was the equation with him?

De De Pyaar De was a light-hearted commercial film, so we could joke around on set.

Here, he was also the director. Also, because the film is not an easy one to shoot, it required a lot of attention from us.

So there was no time to even converse much.

As soon as the take was okayed, sir would be setting up the next shot and he would be checking everyone’s performances.

Runway 34 was not an easy film to shoot.

He took up the responsibility of doing a not-done-before, difficult film and directing it and acting in it. So it was a very tense situation on set. Do you have any fun behind-the-scene memories with Ajay and the Big B?

This whole experience of working with Amitji is something I will never forget.

I remember this one day, he gave biscuits to everyone on set and came to me and said ‘Aap to nahi khaaengi.’

After a while, he came back and gave me a box of nuts. Three different boxes of nuts, to be precise.

Like he doesn’t have to do it, you know.

My house help was coincidentally on set that day, and she has kept those three boxes in the kitchen.

She has not even discarded the ribbon!

How difficult was it to shoot with the two icons?

So it excites me, it pushes me to deliver my best when I am working with people who are better than me.

What is that one quality that you would like to imbibe from them?

The calmness that Ajay Devgan has.

Amitabh Bachchan has everything, what do I say?

I think the control over the language, the voice modulation, the restrain, the experience… You are shooting back-to-back projects this year. How challenging is it juggling different characters at the same time?

I was not juggling them at the same time.

It just so happened that everything will come out this year, but when I was on Runway 34, I was only on Runway 34.

I was only in the character of Tania.

And it is not difficult.

I love working every day.

I want to wake up and go to shoot every day.

A project is still called the hero’s project. Why aren’t we talking about the partnership yet?

I think that has changed. I mean, today, you are interviewing me because it is an Ajay Devgn and Rakul Preet Singh starrer.

Both the film’s trailers open on my shots and my voice.

Of course, it is an Ajay Devgn directed film and also starring Amitabh Bachchan, so of course, their names should come before mine because they have been in the industry for longer.

But I think what my takeaway would be that after the audience watches the film, if they can say that Rakul stood her ground in front of Ajay Devgn and Amitji. I think that’s what will be important. You and your brother launched the talent discovery platform Starring You.

I cannot take away the credit of Starring You from my brother, who runs everything.

We have divided the departments. Ideation, marketing and tie ups, you know, that’s where I step in.

The development of tech, the better versions of something, is what my brother does every day.

Talking about De De Pyaar De, Ajay Devgn and you were completely opposite from each other in the film. On one hand, people say that opposites attract and on the other hand, people say we parted ways because we were not compatible. How do you see the irony?

But even opposites cannot be compatible.

You are either compatible or you are not.

After a point, if two people are not compatible, living your life with a person or getting married is a huge decision.

Initially, by 21-22, people would get married. You shape an identity with the person you grew together.

Today, when people are marrying later, they need to be very sure that they are compatible because you are already your own person by then. Since we are talking about marriages, when can we see you and Jackky Bhagnani getting hitched?

There is a lot of time for my marriage.

Ajay Devgn, as a director or as a co-actor?

Both. Why do I have to choose?

I mean, Ajay sir is a fantastic actor, we all know that.

But even as a director, the kind of technical brilliance that he has and the way he has shot this film is amazing.

Even when you see the shots in the trailer, to shoot them in a cockpit was not easy.

He had seven cameras.

In some scenes, he had 11 cameras.

I have never worked with so many cameras.

But that comes with a sense of knowing your craft well, and that goes to the cinematographer, but his team is solid.

He knows what he wants and because he is an actor, he knows how much and how easy to make it for the actors because he knew that creating that panic and fear in a small cockpit is difficult.

So he put up many cameras so that everything could be captured together. 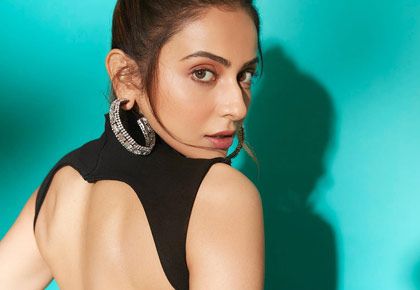