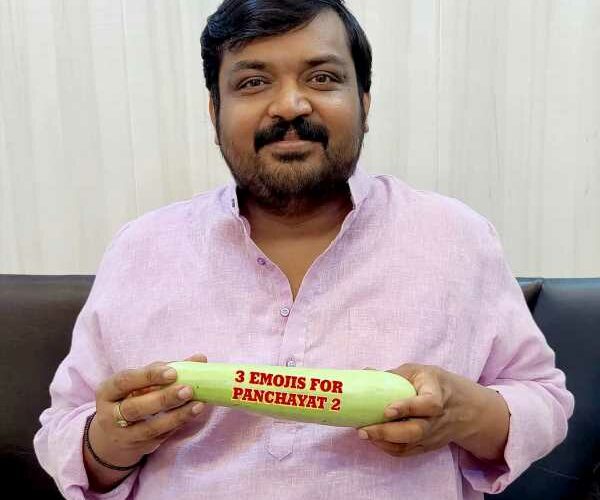 ‘It’s like attending two months of laughing school when we are shooting.’
‘If anyone is depressed and needs laughing yoga, they should come to our sets.’

The 42-year-old actor, who plays Prahlad Pandey in Panchayat, is very new to success and tells Patcy N/Rediff.com, “When people on the road recognise me, I feel embarrassed. A lot of people give me advice, especially the elderly, ‘Mote sahi lagte ho par yaar patle ho jao (You look fine fat, but become thin)’.”

“There are a lot of work offers now,” he adds.

“But the biggest change is that I have been giving a lot of interviews! I have my production house too, so I am very busy now.”

Faisal feels Panchayat is popular because “people are relating to it, and the honesty shows.”

The writing, of course, is top notch.

Faisal, who mostly shares scenes with Raghubir Yadav (Pradhanji), Jitendra Kumar (Sachivji) and Chandan Roy (Vikas), says it took them 10 days to get to know each other during the first season.

“Our relationship got better in season two. It’s like attending two months of laughing school when we are shooting. Raghubhai keeps cracking jokes. We are all good friends now. If anyone is depressed and needs laughing yoga, they should come to our sets,” he says with a laugh.

Panchayat 2‘s climax is shocking, and comes just minutes after some of the funniest scenes ever seen on OTT.

Faisal did not want to use glycerin for the scenes that follow, and says, “My director helped me a lot. I spoke to Raghubhai about how to prepare for the climax. I did a lot of internal preparation.”

For the six-day shoot, it would take two-three hours to apply the make-up. For the next three hours, Faisal would sit alone, not speak to anyone, and think about the sad moments of his life.

There have been many.

His dog, who was like a son to him, passed away during the pandemic.

“My dear friend Irrfanbhai (Khan) died. I have known him even before he became an actor. My older brother and his cousin did their MBA degree together. I was at the hospital from the night before he died.”

Faisal also laments the loss of his other close friend, director Nishikant Kamat.

“I would dig deep into my memory to recall these losses. Only after that would I be ready to shoot. It was tough. I could not over-perform in an emotional scene. After we shot the scene, nobody told me whether my performance was good or bad.”

That performance, of course, put him firmly on the national map.

Coming soon! Part 2: ‘In Gangs Of Wasseypur, everybody had to act — from the spot boys to the drivers’, Faisal says of his first acting job. 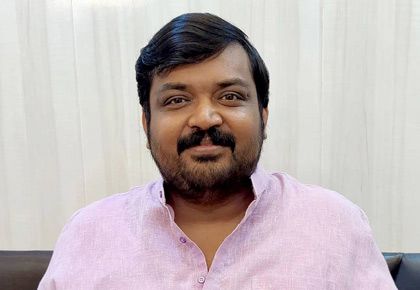