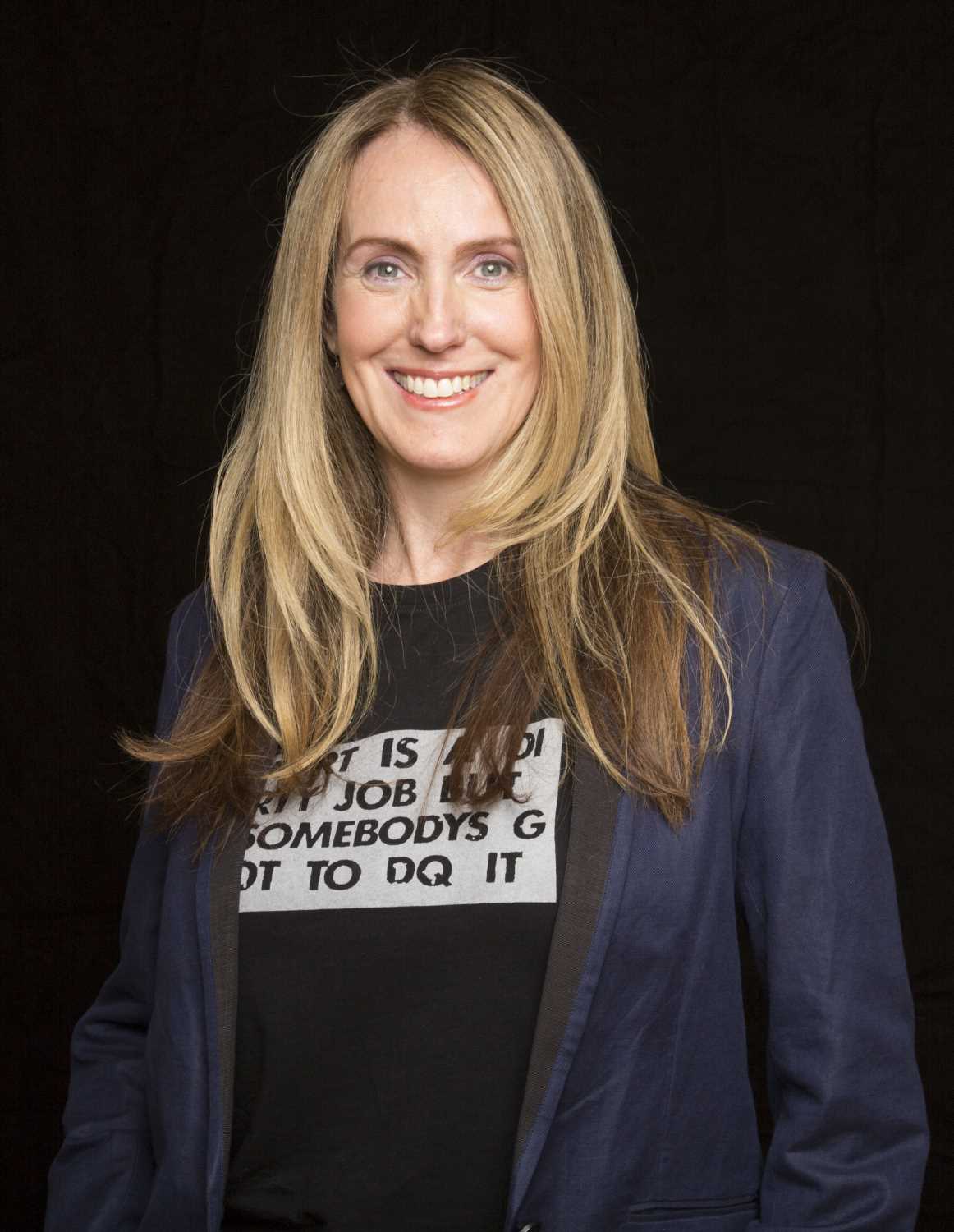 Ahead of Pride month and our annual LBGTQ issue, EW asked writers Kelly Souders and Brian Peterson (Smallville, Under the Dome, and Salem) to write about what it’s like to work as a gay man/straight woman team in television. Their latest project, The Hot Zone, debuts tonight on NatGeo.

She’s not likable. She’s too… hard. What’s the reason this character needs to be gay?

We never get these kinds of notes questioning our straight male characters. They’re likable just because they’re on a mission. And they certainly don’t need a reason to be straight.

When we sat down to put our thoughts together about what it’s like to be a gay man/straight woman/writer/producer/showrunning team in Hollywood, we realized this column is filled with landmines.

At first, the idea of putting pen to paper about our experiences seemed like an easy assignment. But as any writer knows, thinking about writing and actually writing are two very different things. This topic accompanies many bottomless mimosa brunches across L.A. If we’re being honest, our diversity quotient most likely opened doors for us in the first half of our career. We weren’t seen as threats. And we were fortunate to have had many great mentors who saw us as true assets. But as we climbed the ranks in the second half of our career things got to be a little more of a sticky wicket.

Sure we can talk about the highly accomplished female EP we know who discovered she was being paid less than the men three levels below her. And who doesn’t love a fun tale of the agent with the sage advice that a drama pilot with a gay male lead will never sell? The list of inequities is extensive. But when we really started retracing our experiences, we realized the two most marginalizing comments we ever heard were both from women. And in our opinion, some of the most positive LGBT characters are written by straight guys whereas some stereotypically drawn representations have been written by members of the LGBT community. Simple truth, there are uncomfortable realities for anyone in the industry, no matter what demo you land in, and we (along with many others) are trying to help nudge along a course correction.

In talking about it, when we removed the gay/female qualifier, we had a chance to look at the bones of a long-time partnership — what has made it work? After all, it is a marriage of a certain kind. When you eat more meals with one another than your respective families and friends, and your financial future is riding in part on another person, it’s a lot of pressure.

We still remember our first year on staff, when we became so furious with each other that we had to leave the writers’ room. One of us was annoyed at the other for not piping up enough and the other was livid because the first person was talking too much. We were both terrified we were going to get fired and it would be the other person’s fault. So, we took a tense walk down the hall, endured a silent elevator ride to the lobby and marched down the block to a park. There, out of earshot of any interns who might be grabbing lattes in the area, we purged our mutual fury at full volume. We went at it, toe-to-toe, for an hour, neither relenting or yielding. We even found ourselves on the couch of a marriage counselor for exactly one session before we realized communicating was never going to be an issue. In fact, we’ve always been brutally upfront with each other.

The truth we learned — after the $200 an hour fee — is that the real issue was trust. Now, the great thing about a writer/producer team is that you have a built-in editor. The worst thing is that you have a built-in editor. A writer’s tendency is to believe he or she is right. So in a partnership of two writers… well, you have to somehow learn to trust that the other person is as right as you are. Always. But then, how do you break a deadlock? We’ve adopted a policy that if neither of us can convince the other person about a creative decision, we have to agree there’s a third option out there that’s better than either one we’ve come up with so far. And inevitably we find it.

So basically, the secret to our 20-year partnership, it seems, is being stubborn. And as it turns out, that may have everything to do with our qualifiers — that one of us has the determined spirit of a gay boy growing up in a religious home in Montana and the other has the relentless fight of the daughter of a woman who was rejected from art school simply because she was a wife and mother. But like any writer out there, the greatest part of our job is getting to put ourselves in other people’s shoes and imagine their world. We get to be a superhero, a killer trapped under a dome, a witch, Einstein… and with The Hot Zone, we finally were able to write that real-life female lead who isn’t hard – she’s just confident. As for that leading gay guy on a network drama… soon.

For Summer TV scoop, pick up the new issue of Entertainment Weekly on stands now, or buy your choice of two different Game of Thrones covers — Daenerys or the Starks — now. Don’t forget to subscribe for more exclusive interviews and photos, only in EW.