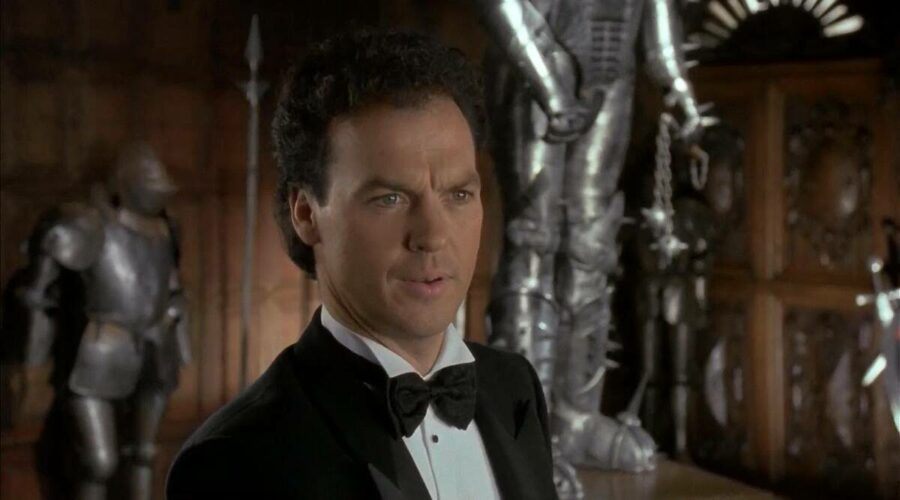 While the plot details of The Flash are firmly under wraps for now, we do know the looks of Sasha Calle's Supergirl, Ezra Miller's Barry Allen, Kiersey Clemons' Iris West, and best of all Michael Keaton's Bruce Wayne. Set photos for the upcoming DC movie The Flash have begun to surface online. While the plot details are firmly under wraps for now, we do know the looks of Sasha Calle’s Supergirl, Ezra Miller’s Barry Allen (not in the Flash costume so far), Kiersey Clemons’ Iris West, and best of all Michael Keaton’s Bruce Wayne.

The Supergirl costume and Calle’s look has impressed DC fans. The actor appears to be suspended in the air from cables, presumably to show her flight. The design of the costume resembles Lara Lane-Kent from the Injustice storyline, and not Kara Zor-El. The biggest difference is Kara wears a skirt, while Lara’s costume is a one-piece suit.

Miller and Clemons also appear together. Miller also makes an appearance alone. He is clad in an ill-fitting suit.

But it’s Michael Keaton’s Bruce Wayne that is making the fans lost their mind. He last played the role in Tim Burton’s 1992 film Batman Returns. Here, he looks grizzled and something like the older Bruce from Frank Miller’s The Dark Knight Returns storyline.

Ben Affleck will also reprise the role of Bruce Wayne / Batman in The Flash.

One of the biggest upcoming DC movies, The Flash is currently filming in England. It is being directed by Andy Muschietti, who is better known for his horror films like Mama and Stephen King’s It.

The film, written by Birds of Prey and Bumblebee writer Christina Hodson, will take inspiration from the Flashpoint storyline in comics. In that, Barry goes back in time to undo his mother’s death, but this results in unexpected consequences.

The Flash is scheduled to be released on November 4, 2022.