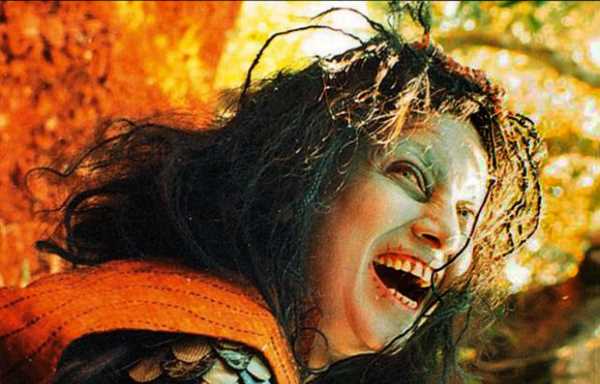 Versatile not just in thought but talent too, Vishal Bhardwaj’s prowess at composing melodies, singing sublime tunes, writing scripts along with masterful direction makes him one of the most consummate film-makers in Hindi cinema.

Among our finest today, his style of storytelling has brought a much-needed breakthrough in not only how movies are made but viewed as well.

Whether his sophisticated, nuanced, approach is exploring the fringes of society, recreating Shakespeare in a contemporary age or testing the scale of impressionable imagination, there’s freshness in his craft, seduction in his images and something inexplicably raw and poetic about his flawed characters.

Before Kuttey‘s release, co-produced and co-penned by VB, Sukanya Verma takes a look back at the filmmaker’s unique body of work.

Don’t forget to vote for your favourite movie at the end.

Until Makdee, Bhardwaj was best known for his lilting compositions in Gulzar’s Maachis and Hu Tu Tu.

A viewing of Krzysztof Kieslowski’s Decalogue changed everything.

He decided he wants to get into direction and the script of Makdee came about.

Unraveling like a macabre fantasy about two lookalike sisters — one’s warm, another’s a witch, both played by Shabana Azmi — and how the latter is presumed to turn a school girl into a hen and is tackled by her twin sister.

Bhardwaj plays on old legends and myths to weave a compelling yarn that owes much of its success to Azmi’s spooky make-up and petrifying antics. 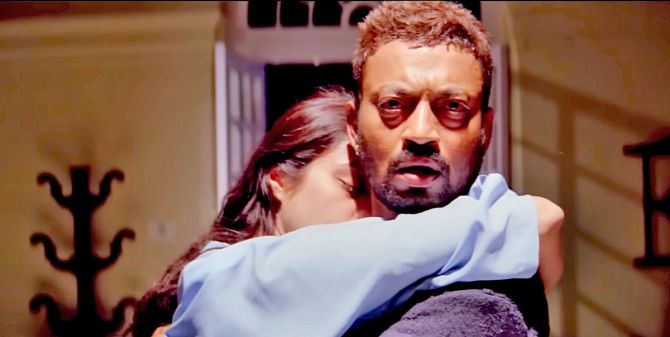 The one to start it all. Maqbool is the first of the film-maker’s Shakespeare ternion.

Reworking the haunting guilt of Macbeth in an underworld milieu made everyone sit up and take notice of Bhardwaj’s meticulous artistry.

Not to mention his self-assured instincts behind the camera resulting in Irrfan Khan’s scintillating performance in the title role reacting beautifully to Tabu and Pankaj Kapur’s mettle. 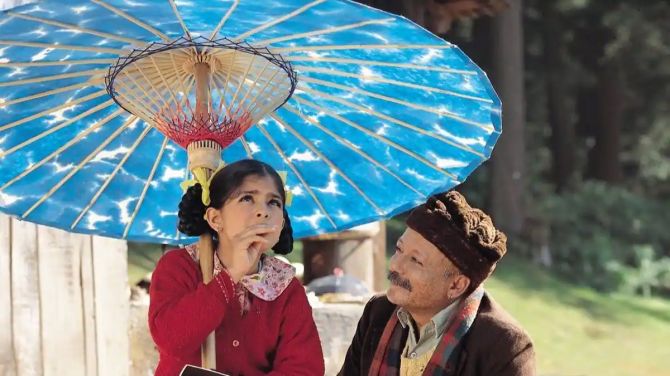 Vishal Bhardwaj isn’t too fond of the title ‘children’s film.’

He’d like to believe his more innocent creations are meant for all age groups from six to 60.

Except The Blue Umbrella, his sunny fable based on Ruskin Bond’s 1980 novel, did contribute to the neglected genre like few have.

The National Award-winning film revolves around a little girl and her bright blue umbrella, which catches the fancy of an entire village in picturesque Himachal Pradesh.

Trust VB to create something profound out of something so simple. 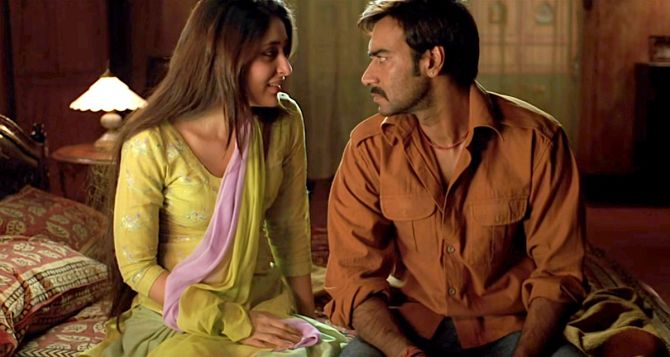 With Omkara, Bhardwaj brought out the perfect blend of substance and star power.

An adaptation of the Bard’s dark, brooding Othello, the multi-starrer set in the badlands of North India is a romantic tragedy triggered when seeds of distrust are sown within Ajay Devgn’s Omkara for ladylove Kareena Kapoor by his greedy, conniving accomplice, Langda Tyagi, played by Saif Ali Khan, benefiting the most from this project. 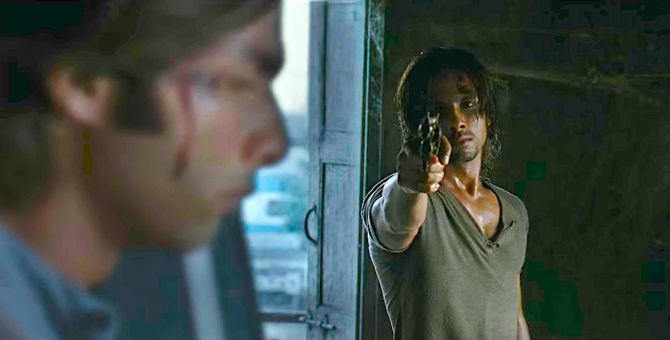 Speech impediment is usually a subject of insensitive ridicule or silly gag in Hindi movies.

In the rollicking Kaminey, it’s used as a tool to create memorable characters of twin brothers — one lisps, the other stammers.

And because the whole confusion happens against the backdrop of drug mafia, thug politicians and a pregnant girlfriend, exciting times lie ahead for the brothers in question. 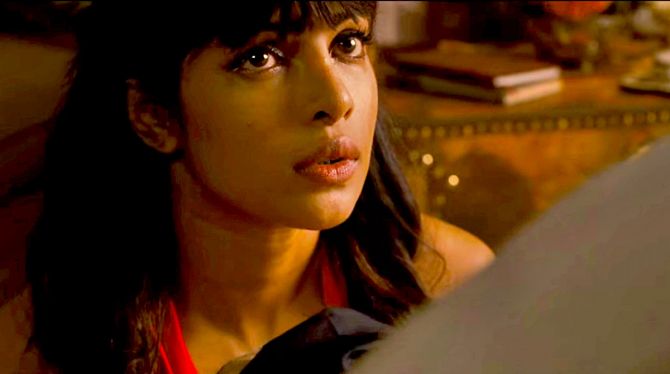 When Bhardwaj came across Ruskin Bond’s short story, Susanna’s Seven Husbands, he saw the potential for a big screen adaptation.

After seeing its electric promos, the audience felt even more hopeful.

But the monotony of a chronically unhappily married Priyanka Chopra in 7 Khoon Maaf soon set in as she bumped off one problematic husband after another, leading up to the thriller’s disappointing climax.

Despite its ambitions, 7 Khoon Maaf lacks the edge of delicious retribution or haunting portrait.

In the satirical, absurdist notes of the whimsically titled Matru Ki Bijlee Ka Mandola, Bhardwaj packs in just about every brand of madcap humour tinged in irony.

Pankaj Kapur’s turn as the ruthless businessman who turns into a complete rabble-rouser when drunk — seeing pink buffaloes and talking Mao — is easily the best thing about Matru’s anti-capitalist motives.

As is its capricious wit replete with zingers like ‘Meena Kumari complex’ making up for the somewhat miscast Imran Khan and Anushka Sharma.

Though it evoked strong polarised responses and proved a box office failure, MKBKMD made it to many a critic’s top films of 2013. 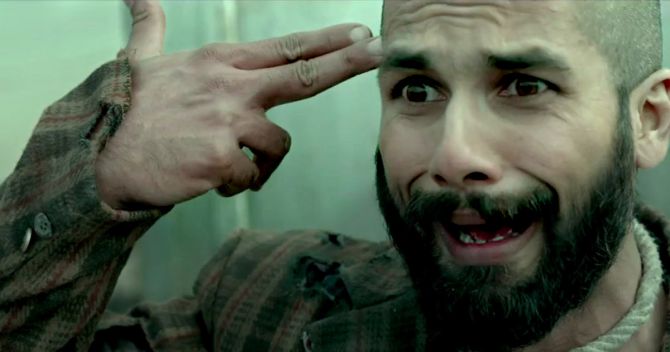 Completing his trilogy of Shakespeare films, a supremely confident Bhardwaj transforms Hamlet into Haider against the troubled environment of Kashmir in a manner so undaunting, the upshot is striking to say the least.

Melancholy overcomes Haider as he copes with the loss of his father’s death and mother’s betrayal whilst contemplating revenge on his crafty uncle responsible for the same.

Besides extracting a career-best performance out of its titular hero, Shahid Kapoor, Haider gathered many accolades for its clever adaptation (five National Awards) as well ruffled a few feathers.

Between its half-baked politics and showbiz affectations, the love triangle starring Saif Ali Khan, Shahid Kapoor and Kangana Ranauat struggles to find a tone it wants to stay true to.

The upshot is occasionally inspired but mostly hodgepodge.

Despite its no expenses spared appeal, Rangoon bombed at the box office. 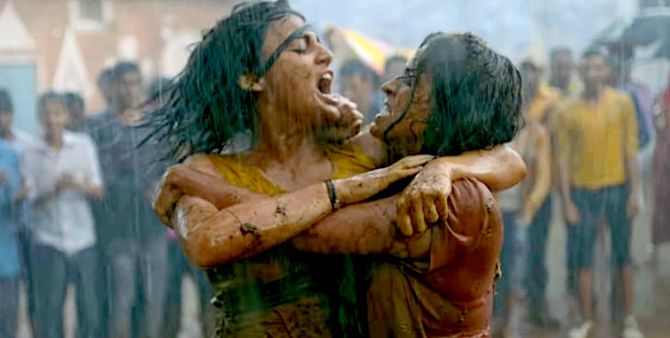 Sanya Malhotra and Radhika Madan’s no-holds-barred performances elevate this somewhat protracted take whose wit and aggression tend to slip into monotony from time to time. 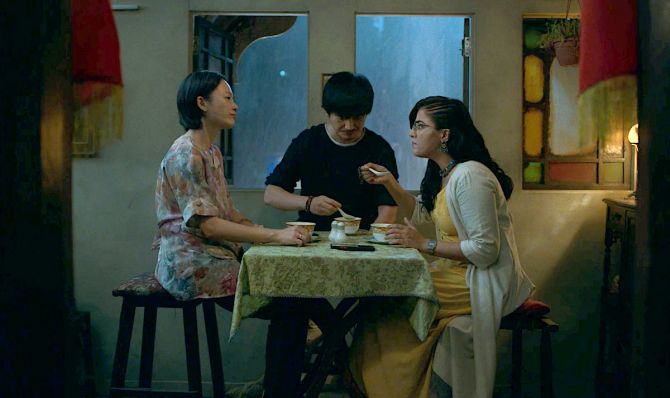 One of the best reviewed segments in the Hindi version of Modern Love anthology belongs to Bhardwaj.

In his 44 minutes cross-cultural drama, a mother’s smothering affections for her son, as she feels threatened by the arrival of his girlfriend, are examined with a mix of amusement and sympathy.

Bhardwaj’s ability to paint people in the boldest hues is well-documented but here, he serves delicious complexity too.

Which Vishal Bhardwaj film do you love best? VOTE! 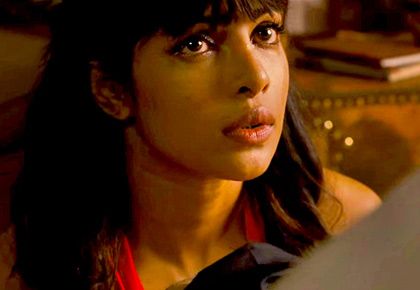