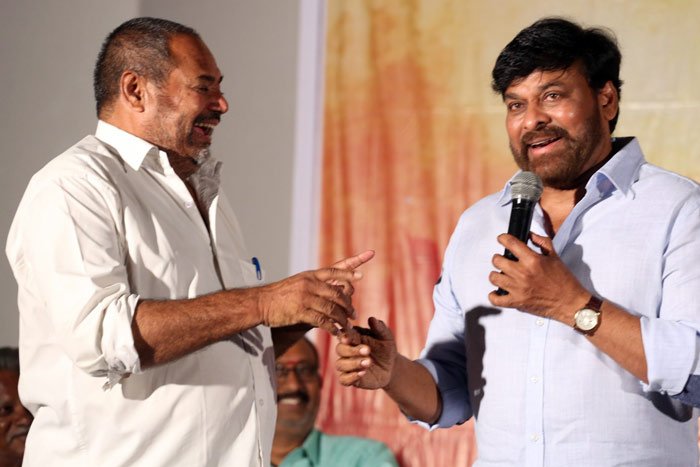 Already Megastar Chiranjeevi’s presence at the audio launch of R Narayana Murthy’s Market Lo Prayaswamyam is getting huge attention. For the way, Chiru showered his love on Murthy with his choice of words at this event, the Megastar’s speech is going viral.

Guess what, as Chiru stated that he felt immensely proud after getting invited by Murthy for this event and is feeling grateful for the opportunity, Murthy retorted.

“I’ve invited him (Chiru) to the event because I know this film will get a lot of attention with his presence. I invited him to my own selfish reason. But he’s thanking me back saying that I gave him a wonderful opportunity. That Is Your Samaskaram, Meeko Namaskaram Chiru Sir” is what R Narayana Murthy says, as he stressed that none can beat Megastar when it comes to respecting others.

At the same time, Narayanamurthy also heaped praises on Chiru for being such a strong pillar to industry and his family as well. “Only from Prithviraj Kapoor’s family, we have seen nearly 28 actors ruling Bollywood. Despite Telugu being a regional language and our industry quite small, today his family produced many actors. That’s because of the strong support called Chiranjeevi”, Murthy said.

05/21/2019 TV & Movies Comments Off on That Is Your Samaskaram, Meeko Namaskaram Chiru Sir
India