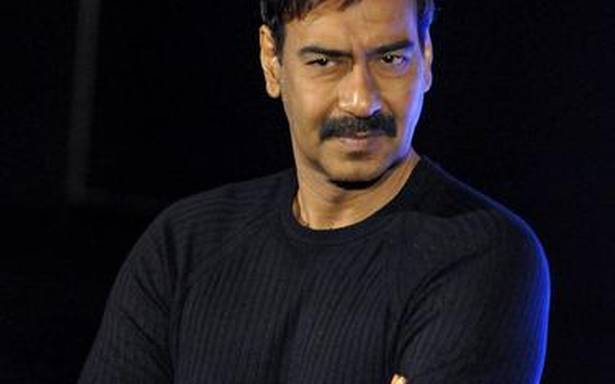 Ahead of the release of “Tanhaji: The Unsung Warrior”, Ajay Devgn underlines the importance of freedom and need for dialogue in a democracy

Om Raut’s “Tanhaji: The Unsung Warrior” is based on the life of the 17th century Maratha warrior Tanhaji Malusare who led an army that successfully captured the Kondhana fort from a Rajput fort keeper named Udaybhan Singh Rathore. Said to be fought during the night of February 4, 1670, the Battle of Sinhagad brought Tanaji, a warrior in Shivaji’s army against Rathore, who was working under the command of the Mughal Emperor Aurangzeb. Noted actor Ajay Devgn, who plays the film’s eponymous character, is also one of the film’s producers.

“When we make films we look for subjects that can engage the audience. When I heard Tanhaji’s story it made me realise that such big sacrifices have been made by people which we can’t think of. He fought bravely against the might of the Mughal emperor Aurangzeb. But, the people in the north don’t know much about him,” says Devgn, committed to making more films about unsung regional Indian heroes as part of the ‘unsung warriors’ series.

Devgn believes that the sacrifice made by Tanhaji can serve as a strong inspiration for the youth. “Tanhaji sacrificed himself for the freedom of his people. But we often take freedom for granted. The story of Tanhaji is a reminder that we owe it to our country and our society. If everyone starts caring a little, it can make a huge difference,” avers Devgn, expressing concern on the ongoing student protests in the country.

“Frankly, it’s not a great situation to be in for the country. I think in a democracy things should be sorted out through dialogue. The establishment has the right to take its decisions and the people have the right to protest peacefully. So, the only solution is to sit together and discuss it out so that it can be settled amicably,” opines Devgn.

Seen as a supporter of the present dispensation, Devgn says he doesn’t like to be seen as a supporter of any political party. “I have no links to any political party. Also, I have no plans of joining politics in life. When I feel that some good work is happening, I support it. If I don’t like something, I share my opinion. And when I am not too sure, I usually keep quiet,” explains Devgn.

After “Shivaay”, he has once again spent heavily on special effects. Fond of trying new things, Devgn reminds that he has been doing it since “Pyaar To Hona Hi Tha”. “I feel access to bigger budgets and better technology has made it possible for Indian filmmakers to make lavish period films.”

The basis of Tanhaji is the strong research done by director Om Raut and his team of writers. “I was in the US when Zack Snyder’s ‘300’ came out. When I watched the film, I was blown away by the bravery of King Leonidas in the war field. I got out of the theatre in New York and I said to myself that there are so many amazing stories that we have in our motherland that we need to showcase to the world. And the first name that came to mind was Subedar Tanhaji Malusare because I have been hearing about his bravery from my grandparents and parents since when I was a child,” reveals Raut who started his research on Tanhaji back in 2015, following the release of his first film “Lokmanya Ek Yugpurush”.

The first step for Raut was to get the script right. “It was important to get the core foundation right. So it was about reading books, meeting with historians, visiting the actual places, going through the paintings of the time, etc. Once the script was ready, the next challenge was to actually create the world of Tanhaji, Unfortunately, the forts are completely in ruins. So, we took pictures of the ruins in many different ways. We did aerial photography and also brought some scanners to do the architectural scan of the location. We brought all that data back into our office and tried to create a vision on top of it. So that’s how we succeeded in recreating the Kondhana fort,” recollects Raut.

The extensive research allowed Raut and the team to pay attention to the minutest of the details. “We paid great attention to the type of cannons employed, the various varieties of spears, and the different kinds of swords wielded by the different warriors at the time. A foot soldier’s sword is very different from that of a horse rider who needs a much longer sword. Also, the Marathas were not very tall and so their swords were bent to match their speeds as opposed to the tall Mughals who used a long sword with a thicker blade. We don’t have funny weapons like the ones we have seen in some films. The weapons that we have used in Tanhaji are all real and they were actually there. So, it’s no fiction,” sums up Raut.

Related posts:
01/09/2020 TV & Movies Comments Off on Tanhaji’ can serve as a strong inspiration for the youth: Ajay Devgn
TV & Movies