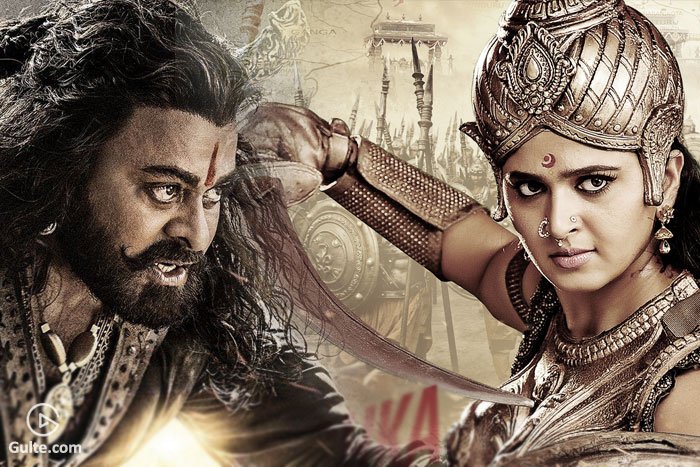 The role of Baahubali diva Anushka Shetty in upcoming magnum opus #SyeRaa is taking interesting turns each day when it comes to speculations. While the actress hasn’t confirmed anything about this role on social media, reports are coming that she got a very challenging one.

Like we said earlier, her role deals with narrating the story of Uyyalawada Narasimha Reddy to some other people. One may ask, how will Anushka know about the whole story in such depth. To address that logic, director Surender Reddy is said to be showing Anushka in a warrior role. She wields sword and fights alongside Uyyalawada as they face the British forces on the battleground.

Currently, Anushka went to the USA to shoot for “Silence” and we hear that she has already wrapped her part on #SyeRaa. There were also some reports earlier that Anushka will also feature in a special song alongside Chiranjeevi, but that doesn’t seem true if we have to go by inside reports.

Set for October 2nd release, Sye Raa is aiming a record release in the whole of India and create many records.