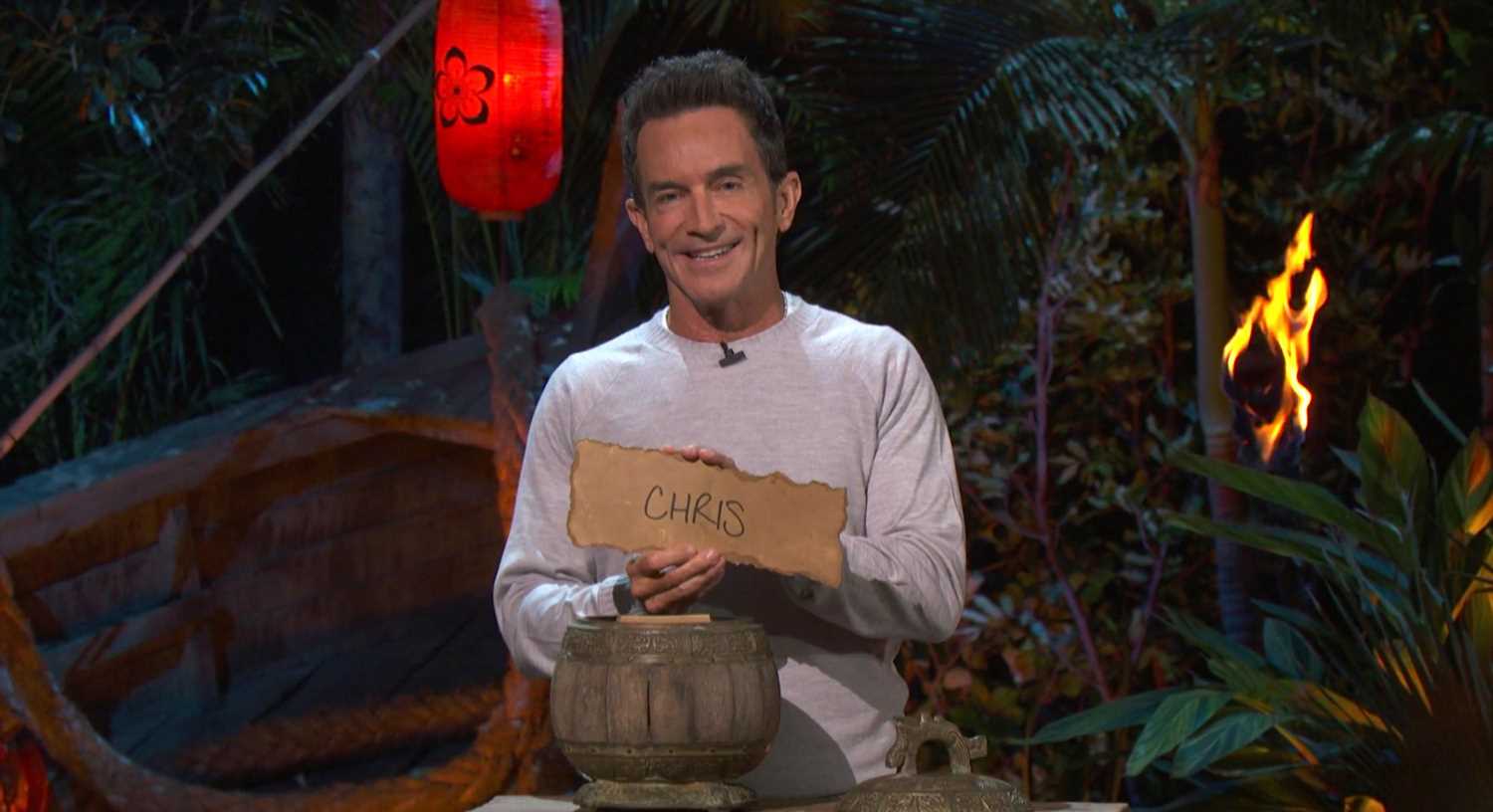 On May 15, Chris Underwood was crowned the winner of Survivor: Edge of Extinction by a vote of 9-4-0 over Gavin Whitson and Julie Rosenberg by the jury. While the votes were read live on the studio stage at CBS Television City in Los Angeles, they were actually cast back on July 6, 2018 on Mana Island in Fiji. So what happened to the votes in the 10 months between when they were cast 5,000 miles away and when they were shown back here in the United States? Survivor host and executive producer Jeff Probst walked us through the entire journey of the votes — which, unfortunately, no longer travel by way of jet ski, motorcycle, subway, or skydiving.

Protecting the secrecy of the final vote is key, with only a very small circle of people knowing the true outcome until the big reveal. Here, Probst pulls back the curtain to take us behind the scenes of the show’s process in protecting the votes. (Also make sure to read the crazy story about when the votes almost didn’t get there in time.) Okay, here’s Jeff…

“When we do our final Tribal Council, once we’re finished with the question and answer period of the final Tribal, we stop and we get ready for the last vote. This is the vote for the winner. And at that point, we clear out all of our camera operators at the voting booth. So the cameras are running and recording, but there’s nobody behind them. So you would be walking up to two or three cameras pointing at you while voting, but there are no humans up there. And we tell the players, ‘When you walk up to vote, normally there’s somebody behind the camera. Tonight, there won’t be. So it’s on you to give the name of one of the final three and to not use a nickname if we’ve not established it. And to write down a name that we can read.’ And we tell them the reason we’re doing this is to ensure that any leaks or any spoilers are not coming from our crew, because our crew doesn’t even know who you voted for.

“And part of this is for me to just put the burden back on them that really the only people that are going to know the votes after tonight are me, Matt Van Wagenen, who is another EP on the show, and you guys. So that’s it. And I damn sure don’t talk, because I like my job. And I know Matt doesn’t talk. So it’s a way for us to sort of just conspire together to try to keep this secret.

“So they go up and they vote. Then I go up and I get the votes and I walk back into this other area in the jungle where I’m met by Matt. And Matt has been watching on a monitor to ensure that each player wrote down the name of one of the final three and didn’t use a weird nickname. And then one of our camera operators brings us the discs from those cameras. And we check them to make sure that there is picture and audio. So what we’re basically doing is, Matt is ensuring that we recorded it and we got it, we have the image and we can hear what they’re saying. And then I have the votes in the urn and so now we have everything we need.

“We have the discs and we have the actual votes. Matt holds on to the discs, I then walk back out with the votes and say, ‘I’ll see you back in Los Angeles for the reading of the votes.’ I walk off of Tribal Council, out down into the sand by the water, and I’m met by Dax, one of our supervising producers. He takes the votes from me and they’re put into a sealed plastic bag so that nothing can happen to them. And then they’re put into a box, and that box is taped up and then that box is given to Matt. And Matt has the responsibility of hand carrying home the votes and the discs that the final vote is recorded on.

“They’re never out of Matt’s sight. He keeps them in his room, he keeps them with him in the morning. And then when we get back to Los Angeles they are placed in a safe in our Survivor production offices. Three people — two post-production people and Matt — have the combo. We put them in the safe and they’re never removed until the day of the live show.

“Matt then brings them to me at the live show and we meet about 30 minutes before the live show begins, which is just him telling me ‘I have the votes,’ and me saying, ‘Okay, great.’ And then we get the live show up and running and we’ve done our live opening and now the finale is playing. Once we’re about 30 minutes in, Matt will come back and say, ‘Is this is a good time to go over the votes?’ I say, ‘Yes.’

“We close the doors, Matt and I sit together in my dressing room, and we go through the votes one by one and make sure that we have them in the order that matches anything we’re going to show in the finale. Meaning sometimes we show a couple of the votes, so we make sure those are the first votes that we will show so that we don’t give anything away. And then we just make sure that they’re stacked in the right order in the urn.

“Then, once he hands them off to me, I’m responsible for them until I walk out with the urn and read them. And you see Matt grow about two inches as the burden is lifted from his shoulders. And before I walk them out live, it always goes through your head, ‘What if I trip? What if somebody snuck into my dressing room and pulled the votes out?’ So I constantly open the urn and check on them. ‘No, they’re still there. Okay, I think there’s enough. That looks like enough. That’s got to be right.’

“Spoilers are an interesting phenomenon but I’m grateful that it does not hurt Survivor, that our ratings are still good, and that spoilers don’t hurt the audience’s enjoyment of the show. And so for us, the one thing we can be certain of is we’re the only ones who know the votes. The only people that could leak it would be the jury members, me, and Matt. That’s it. CBS doesn’t know. Nobody knows. So that gives us, comfort.

“And the fun part of Survivor is that our players, especially the jury members, they really run with this idea that we’re the guardians of the secret. So they will often try to mislead the final three by saying to someone that they didn’t vote for, ‘You played a really good game. I just want you to know that’s my feeling.’ Now that person thinks, ‘Does that mean they voted for me?’ And so we often have a final three in which somebody is fairly certain they’ve won and got no votes. And we have a winner who has been stressing for eight months if they got any votes.”

And thus, on May 15, ended the long journey of both Chris Underwood and the million-dollar votes.

05/23/2019 TV & Movies Comments Off on Survivor: Here’s how the final votes get from Fiji to the finale
India