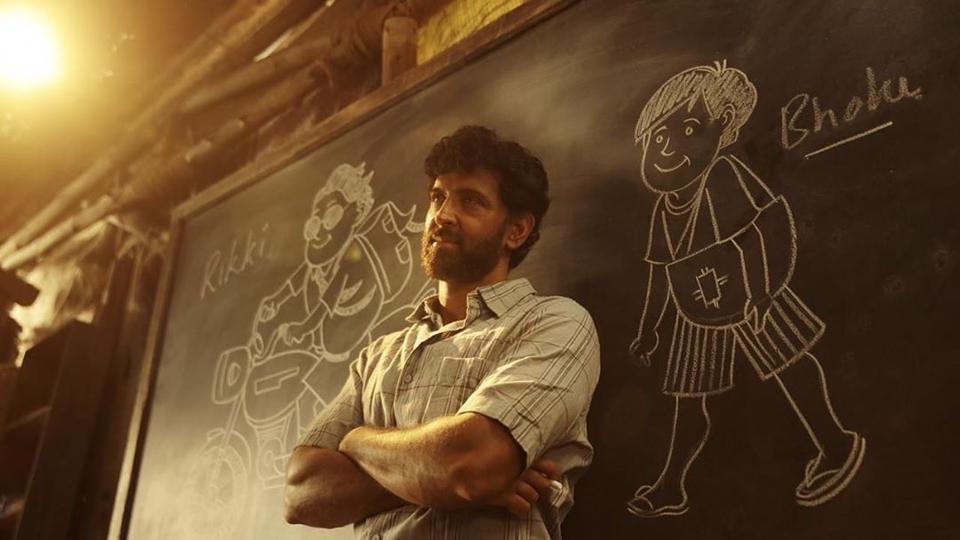 Ever since it was announced that Hrithik Roshan would be playing the role of a teacher — mathematician Anand Kumar onscreen, it created a lot of buzz and his fans have been waiting in earnest for the film. And on Tuesday, the trailer of the film, which will see Hrithik come back to the big screen after a gap of two years, has received resounding thumbs up from everyone including critics and his fans.

The 2 minutes 37 seconds trailer has already amassed over 20 million views on YouTube and it promises that the film looks high on drama and heavy dialogues.

Talking about what made the trailer receive such overwhelming response, trade analyst Taran Adarsh says, “Hrithik is such a good looking guy and has a physique to die for. And for the film he has undergone a total transformation and has a non-glam look in order to fit the part. He has gone the extra mile to play the character and it looks like he has gone into the skin of the character.”

Another aspect why the trailer how the trailer connected with the audiences so effortlessly is because of the dialogues. “Definitely the trailer leaves you asking for more and you want to know what it going to happen in the film. The curiosity has piqued. The dialogues are so good especially Aaj Raja ka beta raja nahi banega, Raja vahi banega jo haqdaar hoga. I think it has an immediate connect,” shares trade expert Atul Mohan.

Critics aside, the youngsters in the country, too, have found the trailer to be relevant and meaningful, something that can bring about a change. According to trade analyst Amod Mehra, opines, “The film stands for education for all and that is why the youth of the country have given the trailer a thumbs up. It is a current topic and Hrithik has delivered with his look or dialect as far as the trailer is concerned.”

Related posts:
06/05/2019 TV & Movies Comments Off on Super 30: Trailer of the Hrithik Roshan film gets a super response, garners over 20 million views in a day
TV & Movies