In Ramola Sikand, Sudhaa Chandran gave the audience a character that continues to remain one of the pathbreaking ones on Indian television even after two decades. 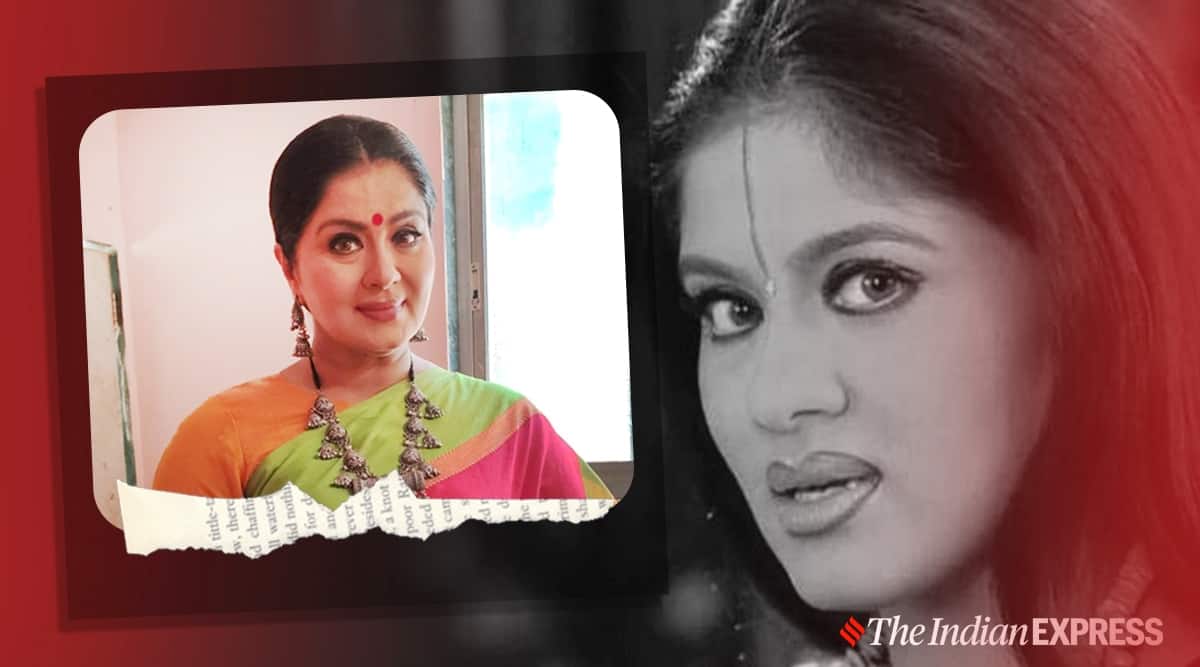 Veteran actor Sudhaa Chandran confesses that playing Ramola Sikand in Kaahin Kissii Roz made her a more positive person. “The negative shades are always within us. Probably our upbringing doesn’t allow that side to come out. With Ramola Sikand, I put all the negative traits that were inside me, in that character. I’m more chilled out today,’ she said.

Sudhaa Chandran gave the audience, a character that continues to remain one of the pathbreaking ones on Indian television even after two decades. Chandran, in a candid chat with indianexpress.com, looked back at Ramola Sikand, who she calls “a turning point” in her life.

It was the start of the new millennium, around 2001, when Chandran was trying to find her ground in the industry despite having done several films across languages. “People advised me that I’m not cut-in for the film industry. So I should go back to my education, rather be called a one-film wonder.”

And just when she was trying to overcome the dilemma, she got a call from Balaji Telefilms one day. Ekta Kapoor wanted to meet her regarding a socio-horror show her banner was working out to roll. “Balaji was one production house everybody wanted to work with,” Chandran said. Upon meeting Ekta, she was told about Ramola Sikand, a negative character who’s a Delhi-based industrialist, and parallelly about Shaina. Chandran reveals that she got the impression that she was being offered Shaina. But when Shaina turned out to be a 22-year-old character, she was shocked. In her own words, “Ramola was an upmarket woman, who indulges in forgery and murder, how would I do it?” Chandran had other inhibitions too. She was worried about her marriage with Ravi Dang. “People used to say that if you’re working with Balaji, you should just forget about your home and family,” she shared. But after getting the support and encouragement of her husband, who wanted her to take up a long-term commitment rather than doing small roles here and there, she was on!

Recalling her first day on set, Chandran went down the memory lane. She said, “Homi Wadia was directing. In my first scene, I sign a one crore cheque and throw it on someone’s face. I stopped and asked Homi ji how many zeroes are there in one crore. I had never seen such a huge amount in my life. He wished me that I get this much money in my bank account too (laughs).”

Ekta Kapoor also met Sudhaa Chandran during her initial days on set. Chandran claimed that she was still unsure and apprehensive about her casting. But Ekta’s confidence was at another level. “She said she’ll meet me after six months, and then we’ll talk. She did come six months later and asked me what I had to say. By then, there were Ramola Sikand sarees, bindis, jewellery all over the place. Ramola Sikand was the first negative character to crack the nut and become so popular.”

Speaking about Ramola Sikand without the mention of her look, especially bindis, is impossible even to this day. Chandran told us that Ramola’s entire upmarket look was director Homi Wadia’s idea. Even the way she said her dialogues with a nail filer was something new to her. “That was the time when we just said dialogues. I didn’t know how to say them with action. To act with a property and with conviction is a different thing. I learned that in Kaahin Kissii Roz. Later, when Santram Varma took over the direction, he took the show to a different level.”

But how did her make-up team come to create trees and insects in her bindi? Chandran revealed, “Earlier we tried straight bindis. Then we used some dots. Then we got bored. I told my makeup man let’s try leaves into it, then flower. We even made a woman holding a matka. We made cockroaches, naagins. Even the lightmen told me it was a Star Plus show, so I should try the channel logo. I’ve even done that in my bindi! We had contributions from our team too (laughs).”

Ramola Sikand’s look, however, didn’t end at her bindis. Chandran went on, “Sometimes I wondered what jewellery to wear with my saree. So, I’ve used even curtain hangers as my jewellery. I wore those danglers too which we decorate on the rear view mirror of our cars. The property guys on set hid the property items fearing I will wear anything and it’ll become a fashion. Now when I work in the south industry, people tell me at that time they were told to follow Ramola Sikand. ”

Kaahin Kissii Roz premiered on Star Plus at 8 pm slot, but got shifted to 11 pm, a first on the Indian television. But instead of loosing out on audience, the show ended up creating a new slot all together, altering the lifestyle and sleeping pattern of the viewers who started staying awake this late, back in those days.

Chandran agreed, as she added, “When we got shifted to 11 pm, we were sure the show will go down the drain. But our director Santram Varma said we’ll bring incredible TRPs even at this slot. And we did. We got a TRP of 14 at 11 pm. My friends used to call me and ask, ‘What did you see at the end of the episode? Did you see Shaina?” Our crew shared stories of people discussing Ramola’s look and story suspense while travelling in locals.”

Kaahin Kissii Roz debuted in 2001, and completed 20 years in April this year. The thriller show also starred Mouli Ganguly and Yash Tonk in the lead roles. It became one of the flagship soap operas that established the stronghold of Star Plus on Indian television, and also made Ekta Kapoor’s Balaji Telefilms, numero uno on the small screen (other shows being Kyunki Saas Bhi Kabhi Bahu Thi and Kahaani Ghar Ghar Kii).

“The beauty of television is when you’re committed towards a character, that character grows within you. You don’t need to put that extra effort. I won’t say I put in a lot of effort to make Ramola Sikand what she became. When you’re convinced of what you’re doing, you send that conviction across the camera,” Chandran said, looking back at how people still know her as the character.

She concluded with a laugh, “Infact, I’ve travelled as Ramola Sikand and my husband has travelled as Mr Sikand.”