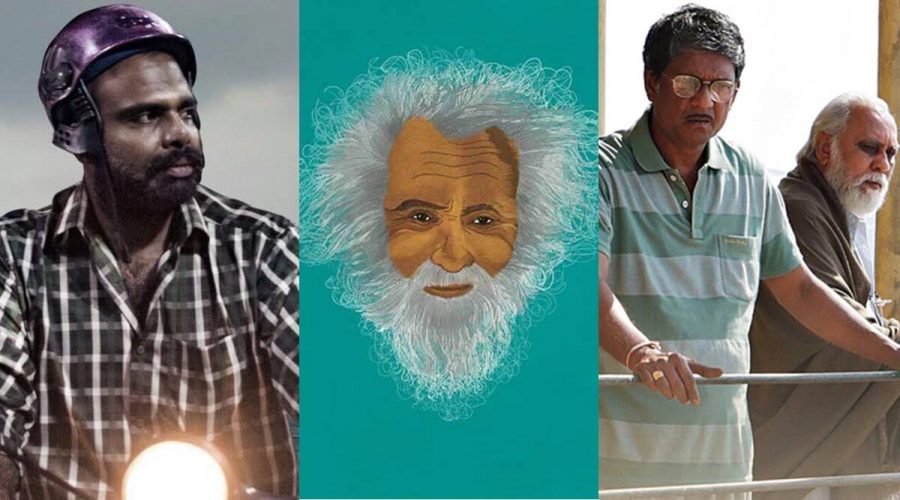 We live in an age of online mourning. With the pandemic raging on, unabated death has been, ahem, a deadly presence in the lives of millions this year. More than ever before, death is not just the old-school solemn act it was once renowned for. But today it seems it is also one without dignity where the departed soul doesn’t even get a proper burial/cremation and no farewell; the loved ones are denied public grief and forced to fend for themselves in the stinging isolation of their homes. Mourners can’t even celebrate the deceased’s life as ceremonial funerals are banned due to Covid-imposed lockdowns. Death’s looking increasingly scarier, isn’t it? Well, consider a life-affirming segue into cinema. Call it a triple bill. In Thithi, Mukti Bhawan and Ee. Ma. Yau, three excellent funeral farces of recent years (all available for streaming), you will find that heavy topics like ‘death’ and ‘loss’ are given the lightest of treatment, as if the respective filmmakers are daring Lord Yamraj to a game of chess (or ‘lamb and tiger’ if you will, Thithi progonatist’s favourite pastime). Death is being played for laughs here — is there anything wrong in it? Does it cross the line? To borrow from the smiley-faced Joker in The Dark Knight, “Why so serious?”

Dry-witted and sharply observed, Thithi (2016) is Raam Reddy’s sucker punch of a debut. Everything in this indie touchstone is serious as hell except that not everyone wants to be taken seriously. The dark comedy, set in a remote Kannada village called Nodekoppalu, begins with an old-timer, Century Gowda (he’s 100-plus), who just minutes ago was seen tossing expletives in the village square to no one in particular but has now turned a corner to pee and dropped dead. It was a life well-lived. And aptly, there must be a grand send-off to one of Nodekoppalu’s most famous sons. Lamenters from nearby villages will attend the much-hyped funeral and cooked lamb will be served, we are told. But where’s the money for such extravaganza? In this most dysfunctional of families, the burden falls on Gowda’s grandson, Thammanna (Thammegowda) as the proverbial son, the hard-drinking geezer Gaddappa (Channegowda) who is obligated to conduct the last rites, is nowhere to be found. He’s a stray (“he’s quit on life,” sums up one villager pithily) who seeks the journey and not the destination, filling his days playing the leisurely ‘lamb and tiger’ game. Occasionally, local schoolkids join him. In one unintentionally hilarious scene, Gaddappa wanders into the frame but when told his village lies on the opposite end, quickly walks out and disappears once again. Thammanna has his own reasons to stage the magnificent funeral — pull off the ancestral land sale clandestinely while Century Gowda’s thithi, or rituals, is underway. Short on cash, he borrows a hefty sum from the thuggish toddy bar owner Kamala who promises to dishonour him in front of the villagers lest he defaults on the loan. To make matters worse, he has to produce Gaddappa’s fake death certificate to close the land deal. Adding to his woes is his hopeless son Abhi (Abhishek HN). Just like his late colourful great-grandfather, the lusty lady killer has probably got a shepherd’s daughter pregnant. Though life is approaching breaking point, the lad is keeping the party going. Come finale and all comic hell will break loose. Director Raam Reddy decoded the plot best when he said that all the characters are chasing something, “Thammanna is chasing money, his son is chasing girls.” What about Gaddappa? He’s a thrill-seeker, you might say. Reddy brings much off-kilter humour to the proceedings, pushed along by a great cast of low-key newcomers. Made on an intimate and local scale, Thithi is a farce on death, rituals, family politics, greed and poverty that is never monumental but always meaningful — it’s Century Gowda’s ghost taking a leak on human nature.

Like Thithi, Lijo Jose Pellissery’s Ee. Ma. Yau (RIP) is an even madder stab at death. In some ways, the 2018 Malayalam breakout is Thithi’s (more stylish) spiritual cousin. Both share a fetish for a spectacular funeral, only to be overrun by anarchic cacophony. The setting is the fishing town of Chellanam, Kerala. When mason Vavachan Mesthiri’s father died, it was a grand affair. “Even I felt like dying,” Vavachan tells his son Eesy (Chemban Vinod Jose), who promises to give him a farewell worthy of “St Xavier’s” festivities, what with all the Latin Catholic funeral paraphernalia firmly in place. “First class coffin, music band, fireworks and men bearing gold cross,” in the words of Eesy. Shortly after this oddly funny and touching father-son moment, Vavachan dies leaving Eesy to wrestle with raising cash for the last rites that he promised his dying father. This leads to a stretch of bizarre circumstances that make you wonder if the grand funeral of Vavachan’s dream is headed into a nightmare. (Comic gold like the expensive coffin crashing even before the final journey has started or the deceased’s other wife and family turning up helps put ‘fun’ back into funerals). The film opens and closes with stunning visual imagery, as Vavachan passes into the great beyond — some scenes evoke Ingmar Bergman’s The Seventh Seal, particularly the card players that replace the Bergmanian chess game between Death and the knight.

Thithi and Ee. Ma. Yau could make for rather well-suited bedfellows with Shubhashish Bhutiani’s Mukti Bhawan (2017). All three critically-acclaimed movies, in some ways, are mostly male-centric. More precisely, sons and their bittersweet relationships with their fathers. This time, the backdrop is the city where Hindus come to die — Banaras. Starring Adil Hussain, Lalit Behl and Geetanjali Kulkarni, Mukti Bhawan is about learning to “let go.” Dayanand Kumar (Lalit Behl) knows his days are numbered. Ergo, his demand for a soul-liberating death in Banaras. His unenthusiastic son, Rajiv (Hussain), becomes his unlikely companion in this adventure. When the father-son check into Hotel Salvation, they are told by the inn-keeper that Dayanand has 15 days to die. What if he doesn’t kick it? “Go back home,” comes a terse reply. Even as Dayanand prepares for his last days in the holy city, the film strikes a surprising chemistry between him and Rajiv. Tender and amusing, the film aims to put a Hindu spin on death. But ends up offering lessons on life and its boundless appetite for absurdities.

(Thithi is streaming on Netflix, Ee. Ma. Yau on Amazon Prime and Mukti Bhawan on Hotstar)

Baaghi 3, Angrezi Medium will be re-released 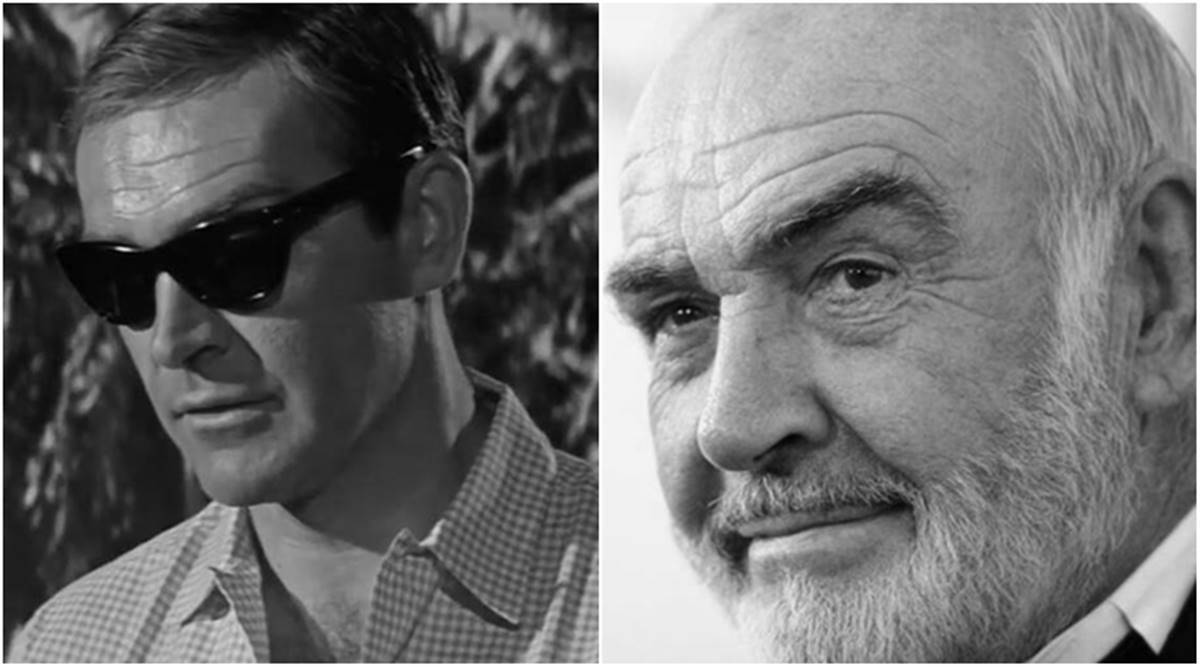 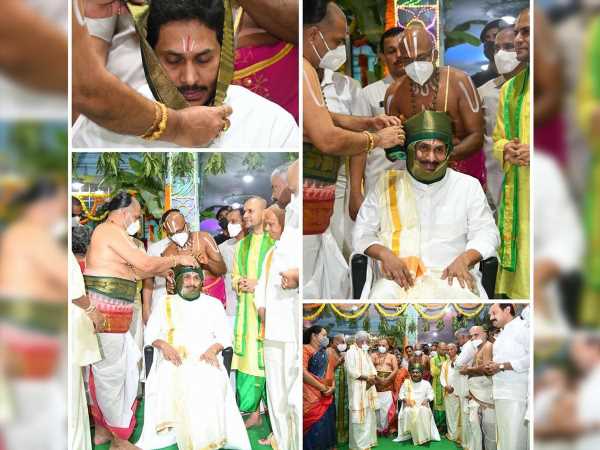 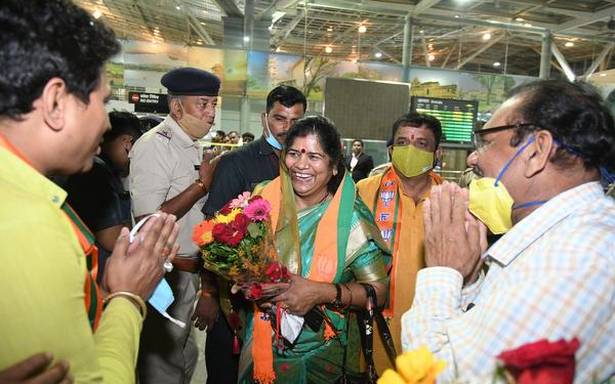