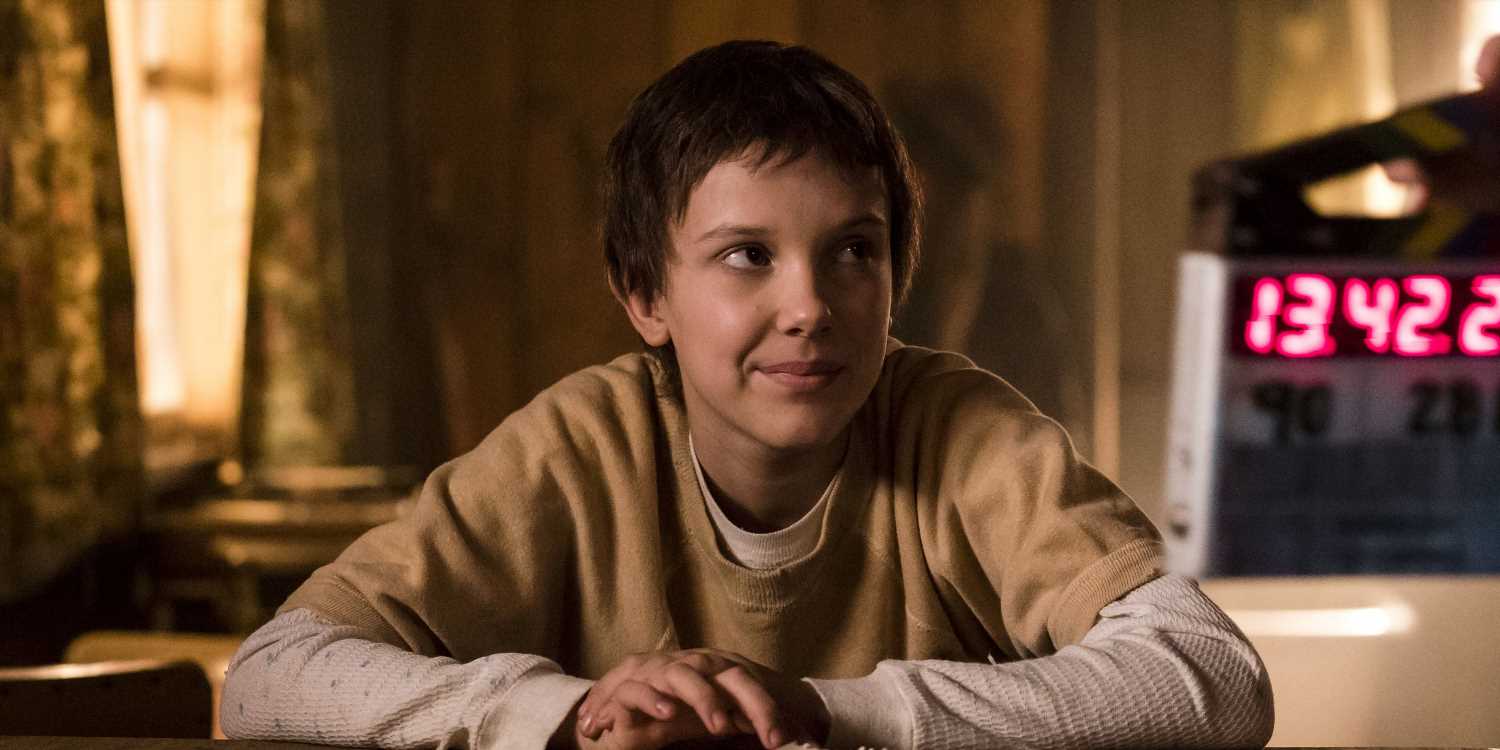 Yes, we know you’re itching for more from the world of Stranger Things. The good news: Season 3 has officially completed filming. The bad: We’re not getting new episodes until summer 2019. Thankfully, the masterminds behind the show are dropping some clues as to what’s next, and BAZAAR.com is breaking them all down below.

Gaten Matarazzo revealed to the BBC earlier this month that filming Season 3 felt different due to the story’s “intensity,” adding,” It’s darker but it’s funnier, and there’s just a lot going on.”

Instead of an obvious cliffhanger at the end of Season 2, the Hawkins gang received a surprise happy ending—minus that ominous final shot of the Mind Flayer hovering over a version of the school inside the Upside Down. Co-creator Matt Duffer told The Hollywood Reporter right after Season 2 premiered that they wanted a “clean slate” for the show’s third installment. “We didn’t want to box ourselves in for Season 3.”

3) Season 3 will take place one year after Season 2.

Executive producer Shawn Levy told The Hollywood Reporter in March that Season 3 of the new series would take place in the summer of 1985, a little less than a year after the events of Season 2. It was a big summer for movies: The Goonies premiered June 7, while Back to the Future followed on July 3. Levy promised the latter would be a big reference point for Season 3.

4) The episode titles have been revealed, and they’re puzzling.

In a teaser for the upcoming season, Netflix announced the titles of all eight episodes of Season 3. The clip also confirmed the series’ return to Netflix in 2019.

The first and most obvious question is, who is Suzie? Susan Hargrove is Max’s mom and Billy’s stepmom, but that doesn’t necessarily mean she’s the Suzie in question.

5) Hawkins is getting a new mall.

A teaser released in July showcases the new Starcourt Mall coming to Hawkins, Indiana. The clip doesn’t reveal much about the plot of the next season, but it does show Steve (Joe Keery) and Robin (new cast member Maya Hawke) as employees at Scoops Ahoy Ice Cream Parlor. (Note their adorably cheesy uniforms.)

Star Millie Bobby Brown shared photos from set to mark the end of shooting Season 3 in early November, and one showed her hanging out on the Starcourt Mall set with Noah Schnapp, who plays Will.

Considering the eighth episode of Season 3 is called “The Battle of Starcourt,” does that mean a big, final showdown will take place at the new mall? The teaser also ends with “Coming Next Summer,” hinting the show’s likely return in the summer of 2019.

At last week’s Game Awards, the Duffer Brothers announced a new Stranger Things-themed role-playing game from developer BonusXP, Consequence of Sound reports. The game, created in homage to “the 16-bit era,” will follow the events of Season 3 (you can peek at Starcourt Mall in the above trailer) and will be available to play on cell phones, computers, and gaming systems like Xbox One, PlayStation 4, and Nintendo Switch.

7) Eleven and Mike are now a couple, and so are Max and Lucas.

This seemed inevitable after the Season 2 finale, which saw both duos share quick kisses. “Mike and Eleven and are going strong, so that’s a relationship that continues, and same with Mad Max and Lucas,” Levy told THR. “But again, they’re like 13- or 14-year-old kids, so what does romance mean at that stage of life? It can never be simple and stable relationships and there’s fun to that instability.”

8) You haven’t seen the last of the Mind Flayer.

“This thing [is still out there],” co-creator Ross Duffer told THR. “They’ve shut the door on the Mind Flayer, but not only is it still there in the Upside Down, it’s very much aware of the kids, and particularly Eleven.” Given the immense power Eleven showcased while shutting the portal in the Season 2 finale, will she become responsible for ultimately destroying the Upside Down? Maybe she’ll need her siblings for that… 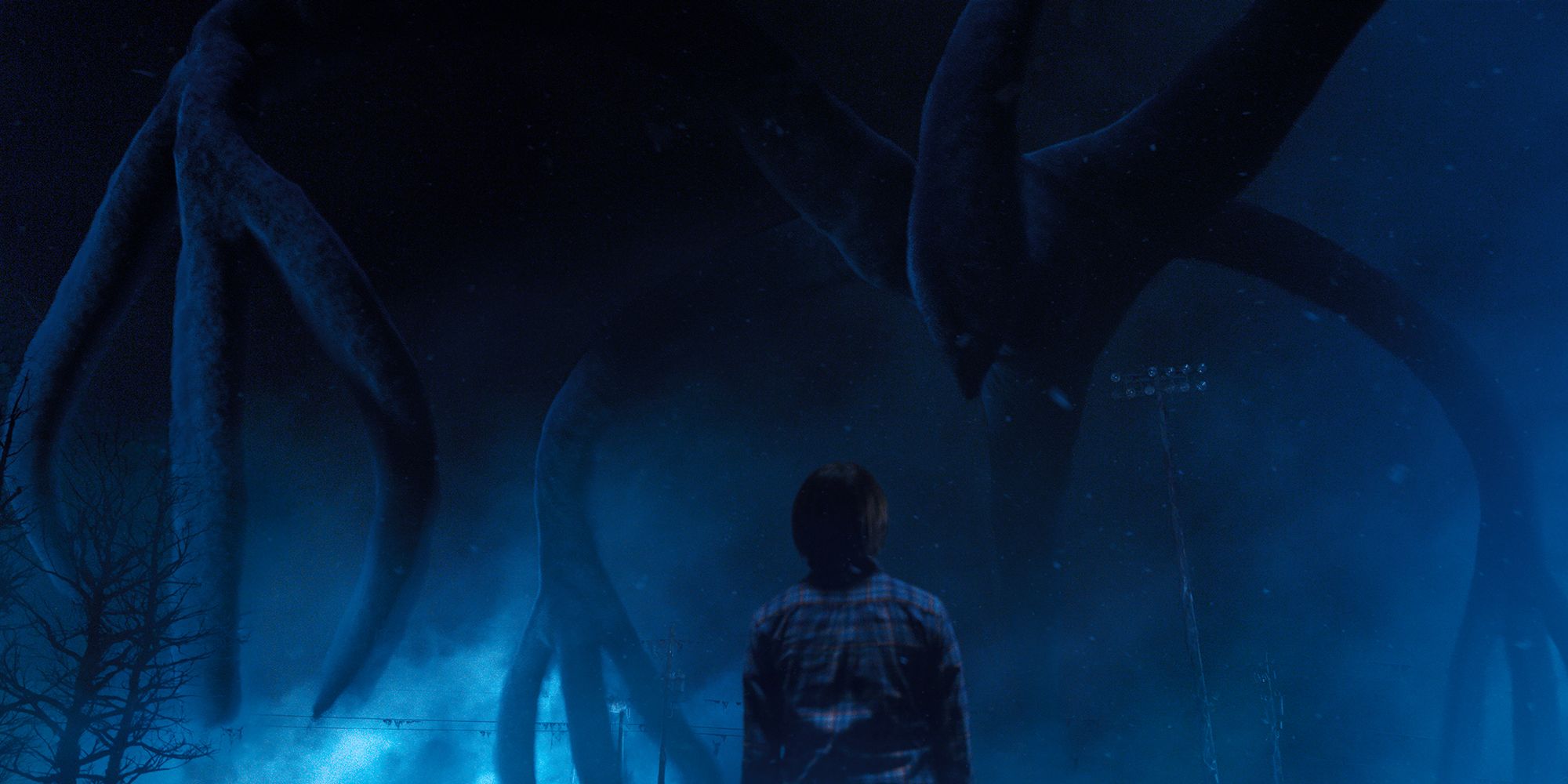 9) Kali was the first but she won’t be the last.

“I think we’ve clearly implied there are other numbers, and I can’t imagine that the world will only ever know Eleven and Eight,” Levy told E!. Maybe Eleven will set out on a search for them—and hopefully take Mike, Dustin, Lucas and Will with her. In an interview with Entertainment Weekly, Matt Duffer called Season 2’s divisive Episode 7, in which Eleven spends time with Kali and her friends, “a whole little other pilot episode in the middle of your season,” so it sounds like they’re planning more like it.

Cary Elwes, famous for his roles in The Princess Bride and Robin Hood: Men in Tights is headed to Hawkins as the town’s mayor. Here’s how Netflix describes the role, which sounds perfect for Elwes: “Handsome, slick, and sleazy, Mayor Kline is your classic ’80s politician—more concerned with his own image than with the people of the small town he governs.” 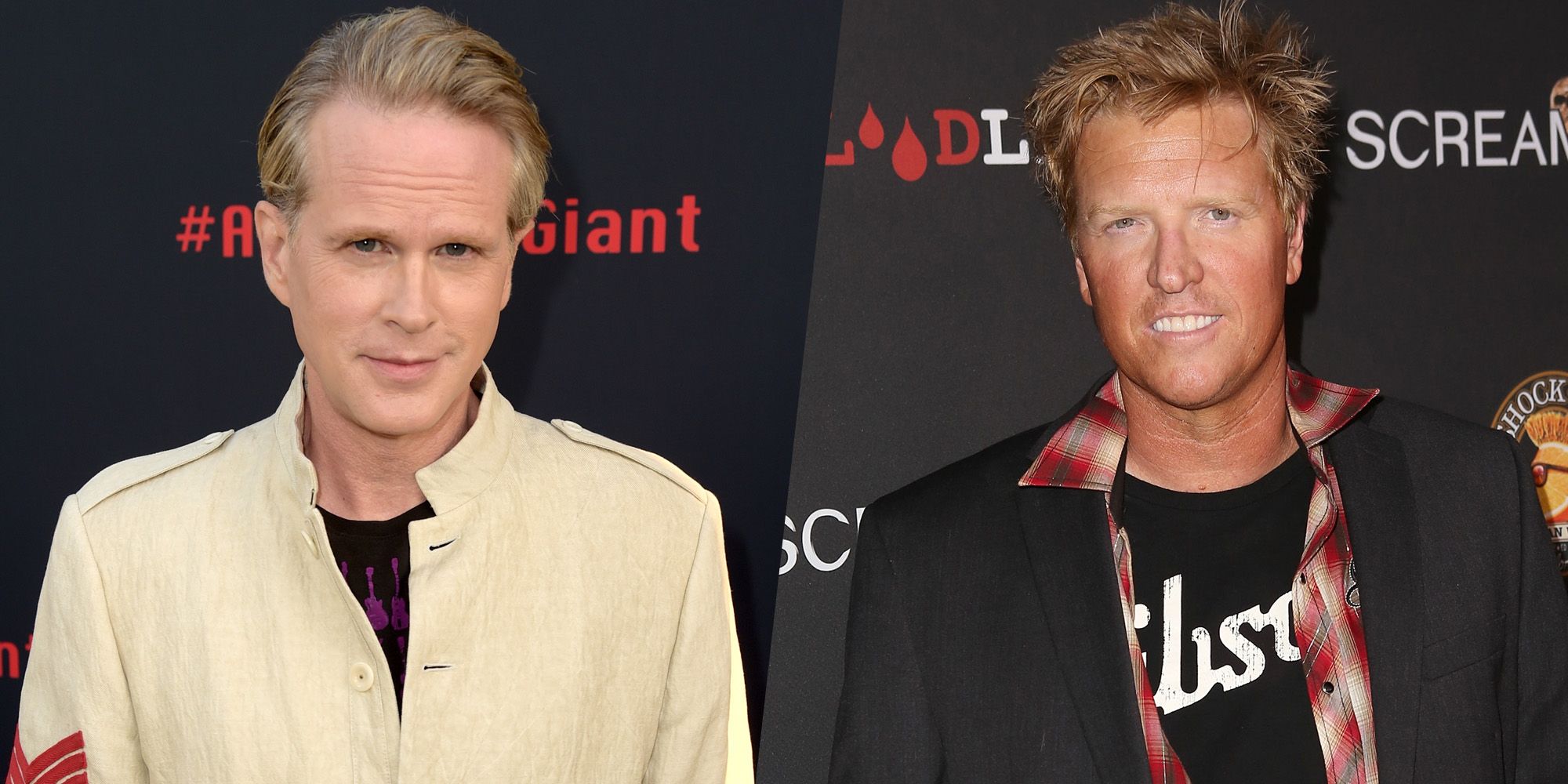 Meanwhile, Ray Donovan alum Jake Busey will play Bruce, “a journalist for the The Hawkins Post with questionable morals and a sick sense of humor.”

Actress Maya Thurman-Hawke (the 19-year-old daughter of Uma Thurman and Ethan Hawke) also joined the cast in the recurring role of Robin. She plays “an ‘alternative girl’ bored with her mundane day job,” Variety reports. “She seeks excitement in her life and gets more than she bargained for when she uncovers a dark secret in Hawkins, Indiana.” That Starcourt Mall teaser released in July showcased her character for the first time.

The best character of Season 2 will have an even bigger role in Season 3; actress Priah Ferguson returns to the show in a recurring role as Lucas’s devastatingly witty little sister. Here’s what’s in store for Erica, according to Variety: “No longer content with sitting on the sidelines, Erica finds herself on a wild mission to save Hawkins from a dangerous new threat.”

12) Say goodbye to the Hawkins lab.

Executive producers Shawn Levy and Dan Cohen told Collider the Hawkins lab is closed for good, which means the action probably won’t take place there in future seasons. They also hinted the show plans to leave Hawkins more in the future, much like Episode 7 of Season 2 did with Eleven and Kali.

13) David Harbour has a lot of ideas for Hopper in Season 3, starting with more scenes with Joe Keery, who plays Steve.

In a wide-ranging interview with Mashable, Harbour revealed he loves how “kinda dumb” Steve is. “I would love to play scenes with him where Hopper is just completely ripping him apart and then he walks away and Steve just calls him a dipshit under his breath or something,” Harbour said. He’s also looking forward to exploring Hopper’s relationship with Eleven now that he’s officially, legally her father. “Hopper is now the dad of a girl who’s a teenager, so she’s going to be going through all these changes that it’s gonna be very difficult for him to guide her through,” he said.

“We stumbled onto a gold mine with Dad Steve,” Levy told THR in March, promising Steve will have more screen time in Season 3. Back in January, Levy promised that would include scenes with Dustin. “I want to see them connect more and be more familiar with each other,” he told Glamour. “I want them to have a connection like they’ve really had a connection for a year—like they’re brothers.” 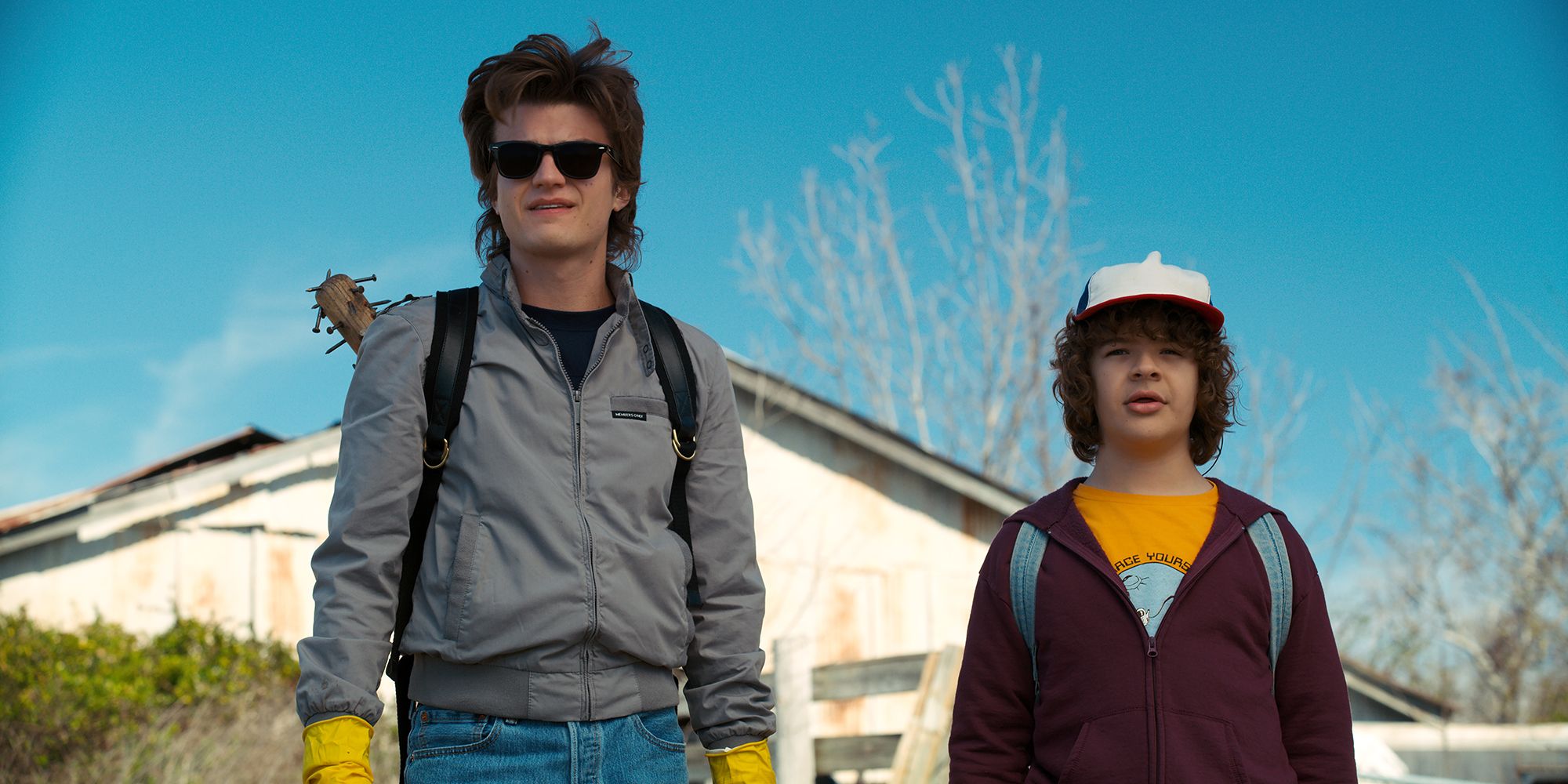 Levy told Glamour the gang will be “dealing with forces of evil that are new.” Does this mean the show is moving outside the realm of the supernatural? Perhaps there’s some human evil in store for the new season.

16) Eleven and Max will move on from that icy moment in Episode 9.

In fact, they might even become friends. “We are excited to maybe see some more of those two together, moving forward,” Matt told HelloGiggles. Ross added, “They won’t be enemies,” and revealed we’ll be getting much more Max in the coming seasons. “We’re excited [to] spend more time with Max and develop her in a way…we’re sort of scratching the surface on this season of what I think she’s capable of.”

After two seasons of dealing directly with the Upside Down and its monsters, Will Byers might finally get a reprieve from its horrors. “Maybe now we’re going to give him a break,” Matt told THR. But Schnapp doesn’t think that’s gonna happen, telling THR:

However, Levy told Glamour that Will will get a break in Season 3. “We’re not going to put Will through hell for a third season in a row. He’ll be dealing with stuff, but he won’t be at rock bottom the way we forced the amazing Noah Schnapp to play.”

In Season 2, we only saw him thanks to Eleven’s imagination, so he’ll likely make a true appearance within the action in a future season.

Last time we saw Season 2’s new bully, his stepsister Max was threatening his groin with a nail-studded wooden bat if he ever bothered her or her friends again. In an interview with PopSugar, actor Dacre Montgomery revealed he had conversations about “a past and a future” for Billy while filming Season 2. “Where he’s going became a discussion near the end of filming,” Montgomery said. But perhaps we’ll also get some flashbacks from the character in Season 3?

They tried to kill Bob earlier in Season 2, Ross told EW, but they loved his character too much. “I will say I would love to revisit the character of Bob in some way but I don’t know how to even do that,” Matt revealed.

21) The Duffer Brothers know how the story ends—but don’t know how many seasons are left.

“We know where we want to go,” Ross told E! “We’re trying to figure out how long it will take to get there.” Matt added, “Four [seasons] seems short, five seems long.”

22) We may never find out what exactly the Upside Down is.

“We’re telling this story from the point of view of very human characters,” Ross told THR. “There’s no way they can ever truly fully understand this place.”