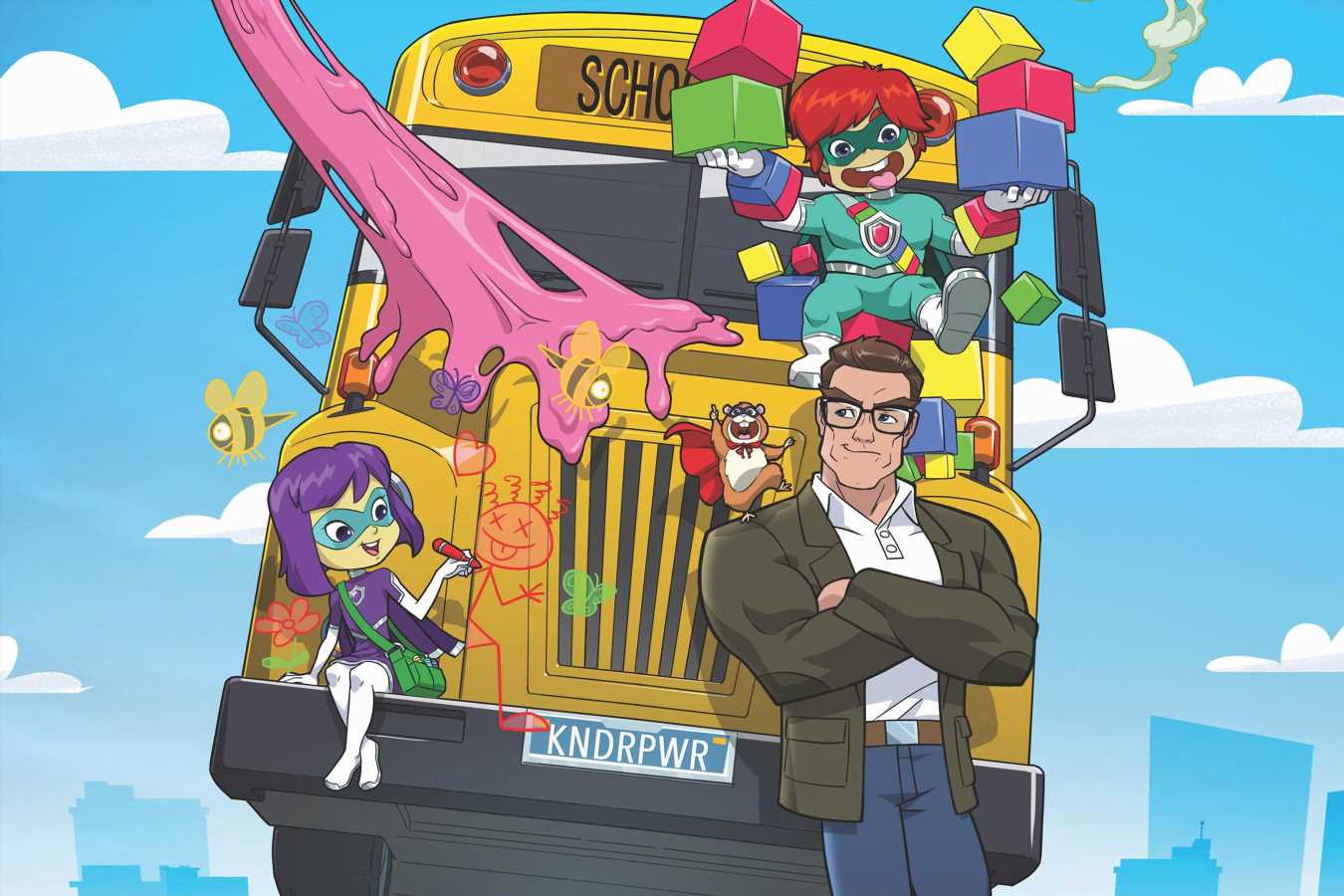 Even after his death, comic book great Stan Lee will still inspire kids to be mighty.

In what is pegged as his “last project,” per Genius Brands International, Stan Lee’s Superhero Kindergarten children’s cartoon was announced on Wednesday with a first-look image and details on the creative team.

“What will be particularly unique about this series,” said Andy Heyward, Genius Brands’ Chairman and CEO, “is that there will be an animated cameo of Stan Lee appearing in every episode.”

In the show, Arnold plays a gym teacher who’s transformed into the super-heroic Captain Courage when earth passes through the dust left behind by a mysterious comet. After a lengthy superhero career, Captain Courage extends all his powers in a final battle against nemesis Dr. Superior. Five years later, super-powered children start to emerge following an explosion of super-energy particles. Now undercover as a regular kindergarten gym teacher, Arnold will train the new generation of super-powered 5-year-olds.

Lee created Superhero Kindergarten, a co-production between Genius Brands, Lee’s POW! Entertainment, and Schwarzenegger’s Oak Productions labels. According to the Terminator actor, who also executive produces the show, Superhero Kindergarten will introduce a “new group of superheroes to preschool children around the world” and bring “many valuable lessons to be learned along the way!”

“Of particular pride to me,” he added, “is the fact that I am not only teaching kids to use their superpowers, but I am also imparting valuable lessons to kids worldwide about the importance of health, exercise, and nutrition.”

“Just as his millions of fans look forward to seeing him appear in each Marvel film, they will look forward to his presence in each episode of this cartoon,” Heyward said of Lee, who died at the age of 95 in November 2018. “The strong positive messaging of the series regarding health, exercise, and nutrition coming from the credibility of Arnold Schwarzenegger will make it a series that parents will enjoy alongside their children.”

Also getting a posthumous release is Stan Lee’s Alliances: A Trick of Light, a new Audible experience that will introduce a new superhero universe.

A premiere date for Superhero Kindergarten is not currently known.