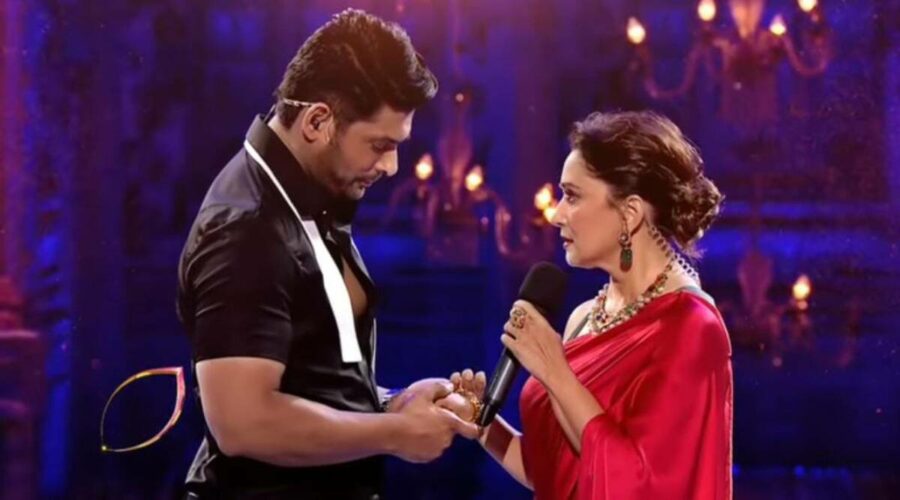 Sidharth Shukla had earlier shared a video of himself and Madhuri Dixit dancing on Ram Lakhan song "Tera Naam Liya". 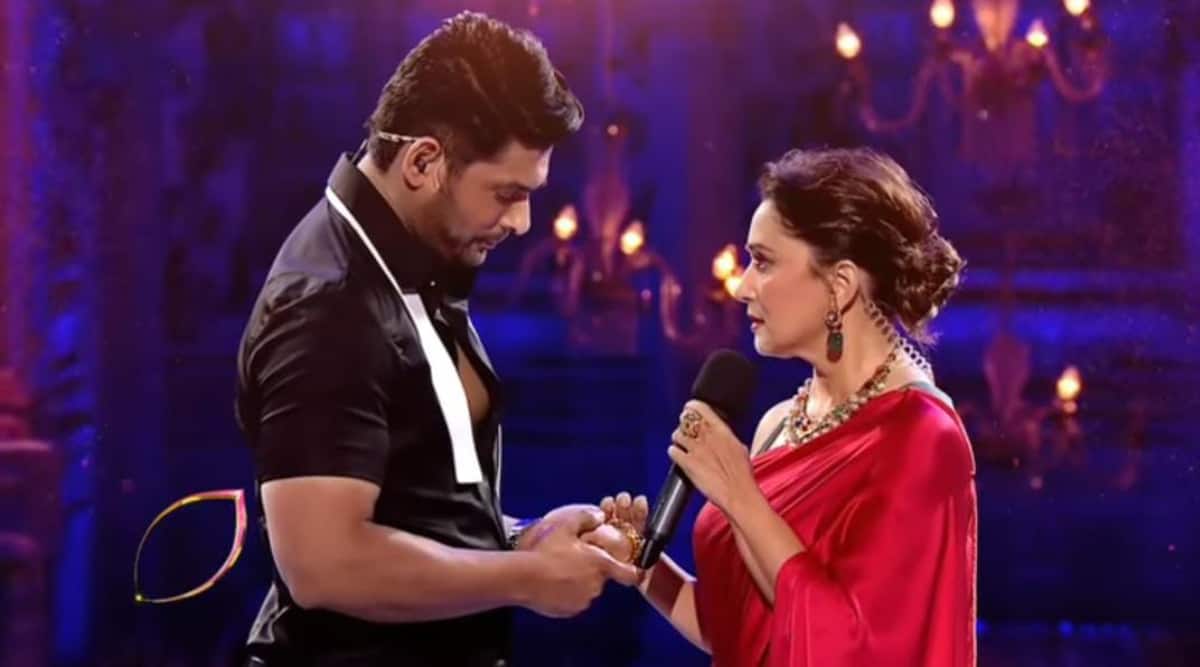 Sidharth Shukla is set to return to the small screen as a guest on Dance Deewane 3. The Bigg Boss 13 winner will be seen promoting his latest web show Broken But Beautiful 3 on the dance reality show. The actor will also indulge in a lot of fun activities with judge Madhuri Dixit.

After a video of them dancing on Ram Lakhan song “Tera Naam Liya”, Colors TV has released another clip of Sidharth and Madhuri showcasing their acting skills. The actors re-enact the scene from Dil Toh Pagal Hai, where Shah Rukh Khan’s Raj romances Pooja with his popular ‘aur paas’ dialogue.

Fans could not hold their excitement seeing Sidharth Shukla perform with Madhuri Dixit. A user wrote, “My two fav in one frame ❤❤,” while another user added, “Awwww Sid you nailed it 🔥👏❤️”. His fans, who call themselves ‘Sidhearts’, also thanked Colors for giving him the opportunity to be on air.

Yesterday, Sidharth Shukla shared an adorable Instagram reel of himself and Madhuri Dixit. Good friend Shehnaaz Gill was quick to react to the video as she replied with a “Wow” on the post. Sidharth and Madhuri would be reuniting on screen after almost eight years. They last worked together on celebrity dance reality show Jhalak Dikhhla Jaa season six, where he was one of the contestants while Madhuri was a judge.

Dance Deewane 3 launched in February with Madhuri Dixit, Tushar Kalia and Dharmesh Yelande as judges, and Raghav Juyal as the host. The one-of-a-kind reality show allows dancers from all age groups to compete on one stage, albeit in three generations — below 15, till 30 and above 35 years. After shoots were stalled in Maharashtra, the team has been filming the episodes in Umergaon.