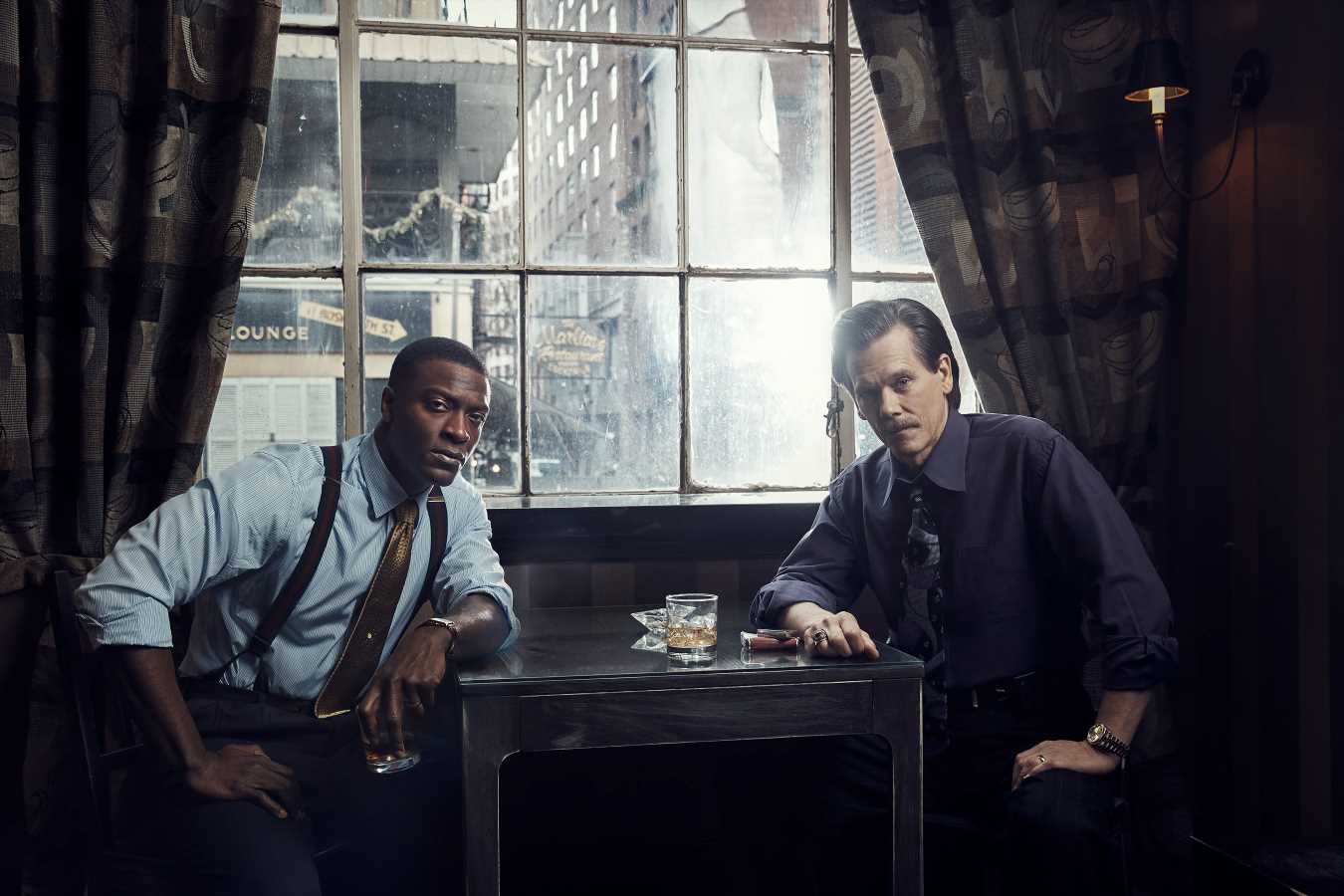 Expectations are high for Showtime’s new Boston-set crime series, City on a Hill. Combine legendary showrunner Tom Fontana (Oz) with Golden Globe winner Kevin Bacon and executive producers/local royalty Ben Affleck and Matt Damon, and, says costar Aldis Hodge with a laugh, “We would have to do a massive amount to screw this up.”

But there’s much more to City on a Hill than its A-list pedigree. Set in the early 1990s, but with a ’70s movie vibe according to Bacon (citing Serpico and Dog Day Afternoon), this fictional account of the “Boston Miracle” finds new-in-town assistant district attorney Decourcy Ward (Leverage‘s Hodge) forming an unlikely alliance with corrupt FBI veteran Jackie Rohr (Bacon) to take down a crime family that targets armored cars, and in doing so, subvert the city’s criminal-justice system. “We get back to the good ol’ cops and robbers,” says Hodge. “But we see the dirt behind the veil of the cops.”

Bacon has played Bostonians before — in Mystic River and Patriots Day — but his City role is unlike anything he’s done before. “The character just jumped off the page,” he says. “He’s a narcissist and someone who is desperately holding on to his greatness, or what he perceives as his greatness. In almost every scene, he’s doing something despicable, manipulative, inappropriate. At the same time, there’s a kind of desperation and underlying fear that the world is changing and he’s going to be left behind.”

While Decourcy and Jackie appear to be polar opposites at first glance, the reluctant partners in crime-solving might be more alike than it seems. “They have moments where they hate to admit how similar they are,” shares Hodge, revealing that there is a dark side to his character. “If Decourcy could get this job done without Jackie, that would be his preference, but he doesn’t have that choice. He needs to be locked into this weird relationship with Jackie, and that’s where a lot of the fun, tension, distrust, and mystery around their relationship comes, because they really don’t know what the other is going to do next.”

Operating firmly on the opposite side of the law is heist ringleader Frankie (Jonathan Tucker), with whom City spends as much time as it does the perceived heroes. “I don’t believe in good guys and bad guys,” says Fontana. “Even Oz was not a show about bad guys, it was a show about human beings. And this is also a show about human beings. Some are forced by circumstances to break the law, and some are forced to break the law to keep some sort of calm in the world.”

The result of this delicate balance is a show that is “unapologetically gritty and pulls no punches,” says Hodge, whose sales pitch is simple: “Showtime. Kevin Bacon. Enough said.”

City on a Hill premieres June 16 on Showtime.

For more Summer TV scoop, pick up the new issue ofEntertainment Weekly on stands now, or buy your choice of two different Game of Thrones covers — Daenerys or the Starks — now. Don’t forget to subscribe for more exclusive interviews and photos, only in EW.