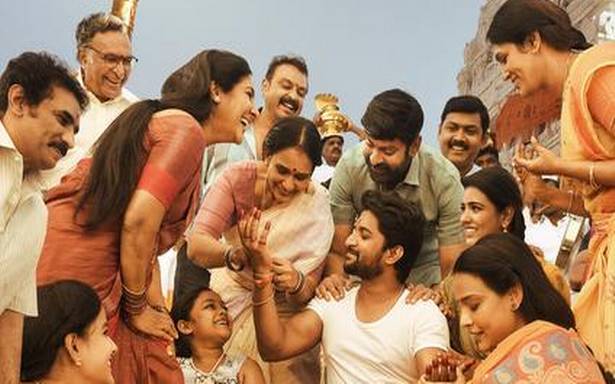 The new poster of director Shiva Nirvana’s Tuck Jagadish promises a family entertainer and the makers are targeting a summer 2021 release in theatres.

This is the director’s second Telugu film featuring Nani, after his debut Ninnu Kori. Tuck Jagadish stars Ritu Varma and Aishwarya Rajesh and is scheduled to release on April 16.

Tuck Jagadish is Nani’s 26th film and is jointly produced by Sahu Garapati and Harish Peddi. Nasser, Jagapathi Babu, Rao Ramesh, Rohini and Devadarshini are also part of the cast. The film has music by S S Thaman and cinematography by Prasad Murella.