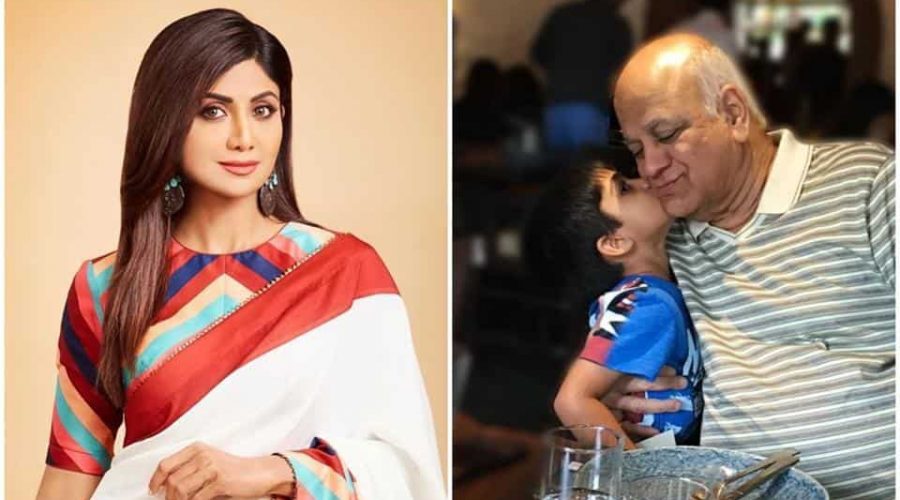 Shilpa Shetty remembered her father, Surendra Shetty, with an emotional Instagram post on his fourth death anniversary. He died on October 11, 2016 after suffering a cardiac arrest. She shared a photo of him with her son, Viaan, and said she misses him a lot. “Love you, Daddy! Miss you terribly. 4 yrs today… ~ 11.10.2020,” she wrote.

Abhishek Bachchan commented on the post with a folded hands emoji. “He was the most kindest, honest & humble human being. Had a larger than life presence in our building. Always a father figure. (Love from his friend – Mr Mann),” an Instagram user wrote. “He is always watching over you,” another commented.

Earlier this month, Shilpa flew to Manali to resume shooting for her upcoming film, Hungama 2. She shared a picture of her posing outside a chartered plane with her co-stars Paresh Rawal, Meezaan and Pranitha Subhash, and producer Ratan Jain. “And we’re offffff… Time for some Hungama. #hungama2 #confusionunlimited #shootmode #safetyfirst #poweron #backtowork #workdiaries #takeoff,” she wrote in her caption.

Shilpa spent the entire lockdown with her family – husband Raj Kundra, son Viaan and daughter Samisha. She remained active on social media, sharing glimpses of the family working out together or making entertaining TikTok videos with Raj.

Shilpa is set to make her acting comeback with Sabbir Khan’s Nikamma, which also stars Abhimanyu Dassani and Shirley Setia. In an earlier interview with Hindustan Times, she was asked if Nikamma and Hungama 2 will consider taking the direct-to-digitial route amid the pandemic.

“I’ve had a word with Sabbir (Khan; director of Nikamma) and he’d not like to release it on the web. Ours is a very big film, we want to hear it on a Dolby digital surround sound. Even Ratan ji (Ratan Jain; producer Hungama 2) doesn’t want to do it. These are not OTT films. Everything happens for the best, we’ll get to it when we get to it,” she said.

10/11/2020 TV & Movies Comments Off on Shilpa Shetty gets emotional as she remembers father on death anniversary: ‘Miss you terribly’
TV & Movies