Sherni teaser: Vidya Balan's character tries to find a balance in a hostile world where humans and animals are in conflict. 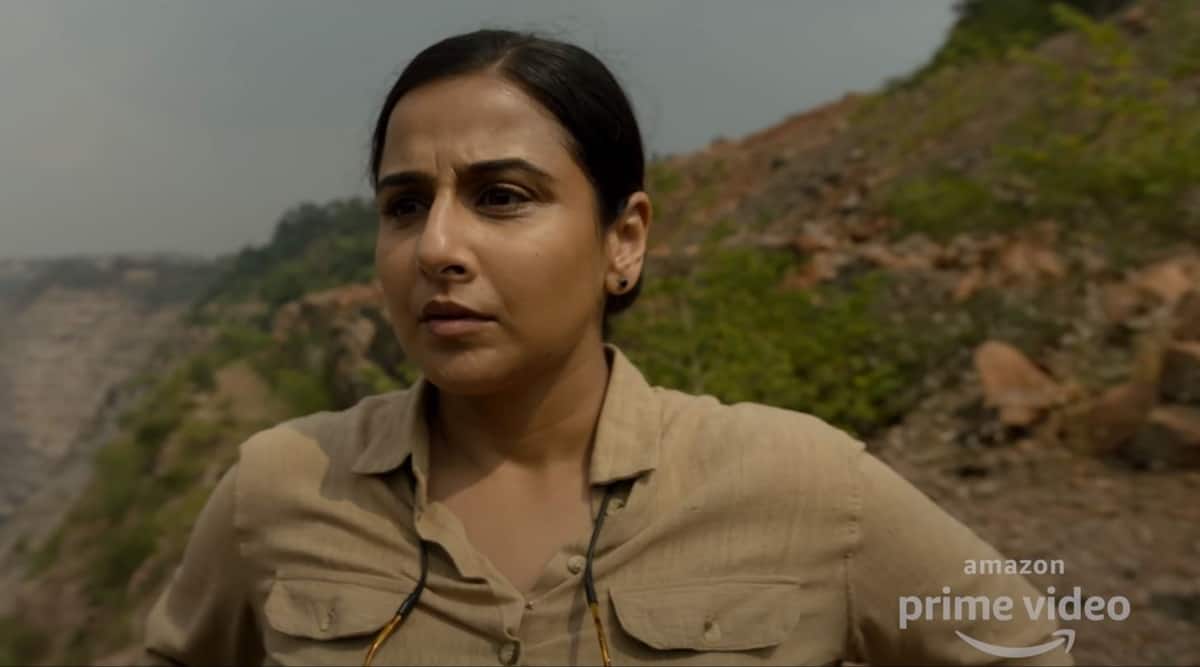 A teaser from Vidya Balan starrer Sherni is here. Directed by Amit Masurkar and written by Aastha Tiku, the film has Vidya playing the role of an IFS (Indian Forest Service) office.

The plot details of this Amazon original movie are scarce right now, but the film’s official YouTube description suggests Balan’s character will try to find a balance in a hostile world where humans and animals are in conflict.

The teaser is short and does not give anything away. It likens Balan’s heroine to a sherni (translated in promotional material as tigress, though lioness would be more accurate). There are shots of a vast forest landscape.

“No matter how dense the jungle is, the tigress always finds her way,” says Balan as she walks through grasslands with two subordinates flanking her.

Despite the fact that the plot is being kept under wraps, we can easily glean that this is another strong starring role for the actor. Vidya Balan has for years now been playing complicated, compelling written women with their own feelings and agency in her films unlike most female actors in Hindi cinema who do not have that luxury.

Sherni looks like another opportunity for Vidya to show off her considerable acting chops. Vijay Raaz, Neeraj Kabi, Ila Arun, Sharat Saxena, Brijendra Kala and others also star in Sherni.

The official logline of Sherni reads, “An upright Forest Officer who strives for balance in a world of man-animal conflict while she also seeks her true calling in a hostile environment.”

Sherni’s full trailer will release on June 2. There is no release date yet.