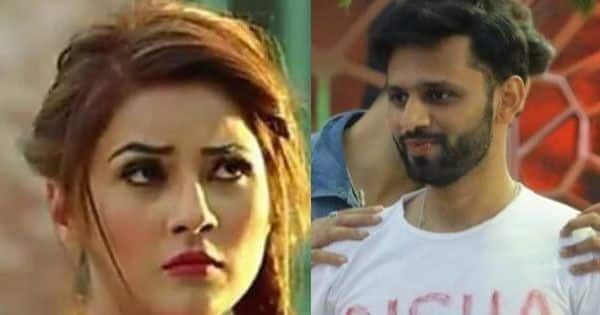 We are back with the biggest stories that happened this week in the television industry. The past week has been full of important stories and we feel you guys should not miss out on the ones that really mattered. So, we are here with our list of the TV newsmakers of the week. Without further ado, let’s check them out:

Bigg Boss 13 finalist Shehnaaz Gill has been in the news recently as she had a dispute with her father. The lady was in Chandigarh with Sidharth Shukla for the shoot of a music video with Sidharth Shukla. However, she did not go to Amritsar to meet her father, Santokh Singh Sukh and her grandparents. She also refused to meet some fans. This reportedly upset her father. In an interview to Tellychakkar, he said that he is very upset with his daughter. He said that Shehnaaz did not come to meet her grandfather who underwent a surgery recently. This was not all. He said that Shehnaaz had developed a lot of attitude after her new-found success and could not even make time for her fans. He also said that he would never talk to her again. Later, he issued a clarification on the same. In a video released on the YouTube channel, Shehnaaz Shine he said that there was no huge rift with his daughter as it was being reported. He says that he has many friends in Amritsar who helped a lot when Shehnaaz was inside the house. They assisted with the voting. It seems the kids of these friends/relatives wanted to meet her. They had been waiting for a year. In the video, he said, “I felt embarrassed in front of my friends. But she is my daughter and I love her a lot. I know I will be upset with her for some time but I cannot be angry for too long.”

Bigg Boss 14 had an interesting week. The best part about this week was Rahul Vaidya’s adorable marriage proposal for his girlfriend and actress Disha Parmar. It was Disha Parmar’s birthday on November 11 and Rahul Vaidya proposed her for marriage on national television. He wore a white t-shirt on which he wrote ‘Happy Birthday, Disha’ and at the back of the t-shirt, he wrote ‘Marry Me?!’ with a red lipstick. He went down on his knees and proposed Disha for marriage. He also asked her to convey her reply to him through someone and he will wait till then. This came as a surprise for fans and even for Rahul Vaidya’s family and friends. Rahul Vaidya’s mother also reacted to this proposal and said that she is happy for him.

Balika Vadhu actress Avika Gor surprised us all with her big announcement. She has found love of her life in Roadies fame Milind Chandwani. She posted a cute collage of the duo with a mushy caption, which reads, “La vie en rose. My prayers have been answered. I have found the love of my life! (Shiroo ke alava?) This kind human is mine. And I’m his.. forever.. We all deserve a partner that understands us, believes in us, inspires us, helps us grow & truly cares for us. But, most of us feel that it’s impossible to find such a partner. So, it feels like a dream, but it’s real! So so so real! I pray for all of you .. I want u all to feel what I’m feeling today..”

Naagin 5 has been in the news recently. It was reported that Mohit Sehgal who plays Jay Mathur in the show will be leaving. Jay’s character would end in the show and we will see a new entry. Kumkum Bhagya actor Arjit Taneja was said to be entering the show. However, Arjit Taneja in an interview with BollywoodLife clarified that he is not joining Naagin 5. He said, “I don’t know from where this news is coming. I am not doing the show. It is completely untrue.” Post that, Mohit Sehgal also clarified the rumours. In an interview with India Forums, he said, “It is a lie, I am very much part of the show,” Mohit told India Forums. He further went on to share Mukta Dhond’s post in his Instagram stories and wrote, ” Hope this clarifies everything.” Mukta happens to be Naagin’s creative producer. She had shared the trio’s picture, that is, Mohit, Surbhi Chandna and Sharad Malhotra’s picture and had put a rest to her rumors Mohit’s exit from the show saying, “#naagin5 trio. 1) good 2) evil but also good. 3) just pure evil and not good. All 3 out story. All three here to stay. @officialsurbhic @sharadmalhotra009 @itsmohitsehgal more action, more romance, and so much revenge. All on #naagin5 every #weekend stay tuned.”

Kaun Banega Crorepati 12 has been in the news recently. The show got its first crorepati this week. Nazia Nasim won Rs. 1 crore. Soon after her, the show found its second crorepati. The second contestant of the season to be declared a crorepati is IPS Officer Mohita Sharma, who won the enviable sum of Rs. 1 crore. The episode of Mohita Sharma will air on November 17.