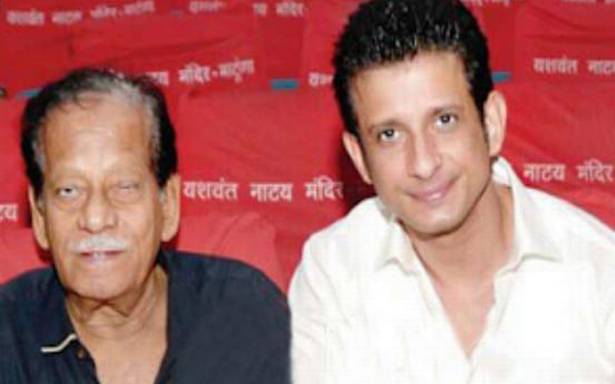 The actor was a noted Gujarati thespian and was also known for acting in Hindi movies such as cult classic “Sholay”, “Love Marriage” and “Naam”

Arvind Joshi, noted Gujarati thespian and actor Sharman Joshi’s father, passed away due to age-related issues on Friday. He was 84.

Joshi’s sister-in-law and veteran actor Sarita Joshi said that Joshi died at around 3.30 am on Friday at the Nanavati Hospital here.

“He was suffering neurological issues and had chest infection. He was there at the hospital for more than a week in the ICU,” a source from the hospital stated. The veteran actor was cremated in the presence of close family members at Vile Parle Crematorium here.

Joshi was also known for acting in Hindi movies such as cult classic “Sholay”, “Love Marriage” and “Naam”.

In Gujarati cinema, he starred in movies “Garvo Garasiyo” and “Gher Gher Matina Chula”, among others. He was also a well known name in Gujarati theatre. Joshi is survived by his wife and two children Sharman and Mansi, both actors. He was the brother-in-law of actor Sarita Joshi and uncle of actor Ketki Dave.

Actor Paresh Rawal took to Twitter and said passing away of Joshi is an “irreparable loss to Indian theatre”. “Irreparable loss to Indian theatre; with grief we say goodbye to the noted actor Shri Arvind Joshi. A stalwart, a versatile actor, an accomplished thespian, are the words that come to mind when I think of his performances. My condolences to @TheSharmanJoshi & family. Aum Shanti,” he wrote.

“Oh! A sad sad day indeed. What a legend #ArvindJoshi was! One of the first people in Mumbai to help/ encourage me as a writer. I’m heartbroken. Deepest condolences, @TheSharmanJoshi So sorry for your loss! #TheatreLegendArvindJoshi,” Puri said. Filmmaker Anil Sharma said he is deeply saddened with the news.