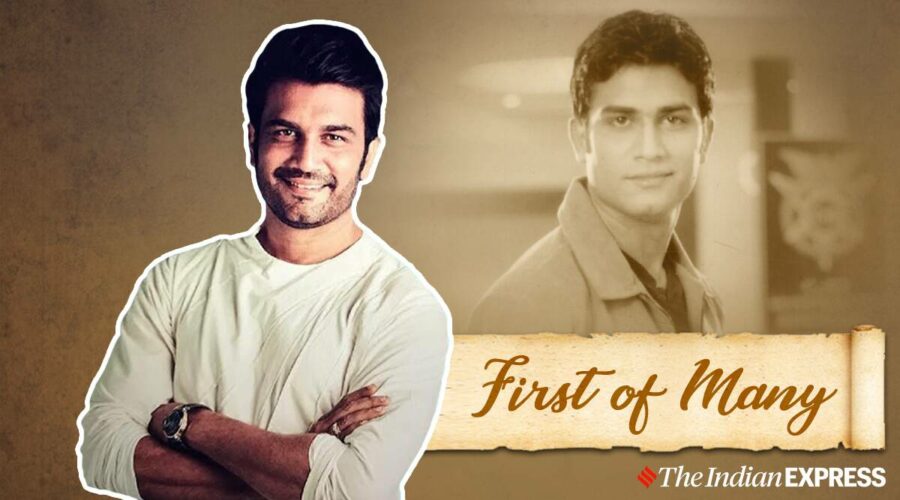 This week's First of Many features Sharad Kelkar. In the 94th edition of our series, the ace actor talks about his first on-camera acting debut, Doordarshan show Aakrosh. (2004). Sharad Kelkar is a man of many talents. From being a popular face on television, films and now web space, to one of the most popular dubbing artiste in the country, Sharad has over the years left a mark across mediums, languages and genres.

Sharad Kelkar might have found a strong footing in the industry, even as his Arvind continues to remain an integral part of The Family Man. To box Sharad’s most popular projects would be difficult. The man who continues to give us interesting characters, had an interesting start to his acting journey. Here’s how it all began for him.

What was your first acting project? How did the project come to you?

I started with ad films in 2002. I used to stammer a lot, so modelling is fine, saying one line is fine because you do that after a lot of practice. But when it is about acting in a TV show or a film, it’s a different ballgame all together. I remember in 2003, I was signed for a Zee TV show. I wasn’t the lead but I was playing a very important character. One or two days passed by easily but on the fifth day, I got a huge one-and-a-half-page dialogue. Either I was speaking very fast, or there wasn’t clarity or I was stammering. My director was patient enough to give me 30 retakes. Ultimately, he called me and asked what’s the issue. I said I won’t be able to do it and he should take someone else. He also understood that I was being honest. Finally, I was replaced on this show.

Later, in 2004, Nimbus was producing a show for DD1 called Aakrosh. Mamta Patnaik was with UTV. They finalised me for one show as a lead, which didn’t happen. Then Mamta joined Nimbus Productions and there, she called me for this show. Credit goes to her also for giving me my first break.

It was a thriller, finite series. It ran for 3-4 months. That was my first job. Coming from a small town, from not a very wealthy background, it was a great opportunity. I was very happy. My journey started with correcting my stammering issue. I also met my wife Keerti there. That shows is very important to me. It was my first on air TV show and I met my wife there.

What do you remember of your first day on set?

It’s location was at a studio in Mumbai. My character’s name was Arjun Kulkarni. He was a cop. I went on the set and fought for the clothes on the first day because they weren’t fitting me. I said this isn’t cop uniform. It should look sleek. I went on set at 9 am, and my first shot came next morning at 4 am. I was sitting whole day and whole of night with four other actors. It was a great learning experience that to achieve something, you have to be patient.

I was definitely nervous about my dialogue and performance. But the team supported me. It was my everyday struggle to say my lines with fluency. You can’t get over with stammering in one day. It is a problem that you need to work on. It takes a lot of time. The problem is still there. If I become angry or get into an argument, I’ll start stammering.

How was the rapport with your co-stars when you got to meet or work with them again later?

There was Manasi Salvi, Sanjay Batra, Sachit Patil, Amrapali. There were some Marathi actors also. It had a huge star cast. We are still friends, apart from Manasi.

If given a chance to go back to your debut role, what would you like to change or do better?

I’ll play it differently now. I didn’t know the ABCD of acting that time. I had never done theatre or acting workshops. I don’t know what I’ll do now, but I’ll definitely do it little better now.

One actor or film that inspired you to become an actor?

I think if you ask anyone of my age, they’ll take Amitabh Bachchan’s name. He was our favourite and I’ve watched all his films. He was the actor for us, he still is. He is our idol and I just love him.

08/18/2021 TV & Movies Comments Off on Sharad Kelkar on how he worked on his stammer to forge a successful career as actor, voice artist
India