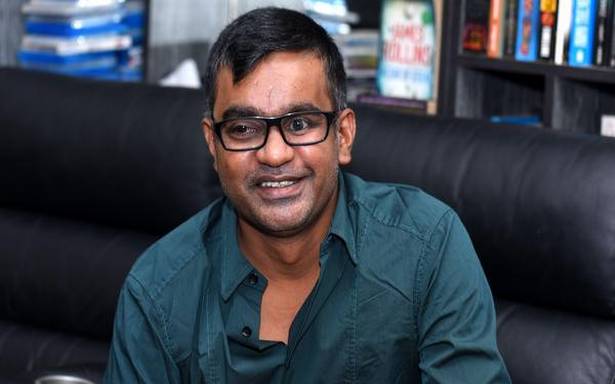 Often regarded as one of the most daring filmmakers in Tamil cinema, Selvaraghavan made his directorial debut with Kadhal Kondein (2003).

In addition to direction, Selvaraghavan is also a lyricist, and has written scripts for films like Maalai Nerathu Mayakkam. His latest film was NGK starring Suriya, Sai Pallavi and Rakul Preet Singh.

These are four films Selvaraghavan recommends for up-and-coming filmmakers.

I read the novel before watching The Godfather.

Marlon Brando in ‘The Godfather’

I was a little sceptical when I watched it because I loved the book. Even today, The Godfather remains one of the greatest book adaptations and, perhaps, the only movie that did justification to the book.

As a writer, I know the challenges involved in book adaptation. Francis Ford Coppola did a terrific job as the director. Let’s not forget the contributions of Marlon Brando and Al Pacino.

These were some of the films I discovered when writing my first film Thulluvadho Illamai. Both The Piano and The Pianist are brilliant films.

Adrian Brody in ‘The Pianist’

This was the time when I used to consume a lot of world cinema like The Legend of 1600 for example. What Roman Polanski achieved with The Pianist is inspiring even today.

Horror is one of the underrated genres in cinema.

When I watched it for the first time, I was fascinated by how the horror element was used by its makers. The instant thought I had in mind was: ‘How does one make a movie like this?’

Watching The Exorcist was fun, but at the same time, I loved the treatment given to it. Seriously, hats off to the genius who wrote the script.

Mani Ratnam is one of the reasons why I became a filmmaker.

Before Mani sir, I was drawn to K Balachander sir’s films. The latter was a path-breaker in every sense. But be it Thalapathy or Bombay, I grew up watching Mani Ratnam’s films and I could relate to them.

He is a master filmmaker and that was evident when he made Roja. When I watched that movie, I was completely in awe. Every film of his has influenced me in some way.

As told to Srivatsan S