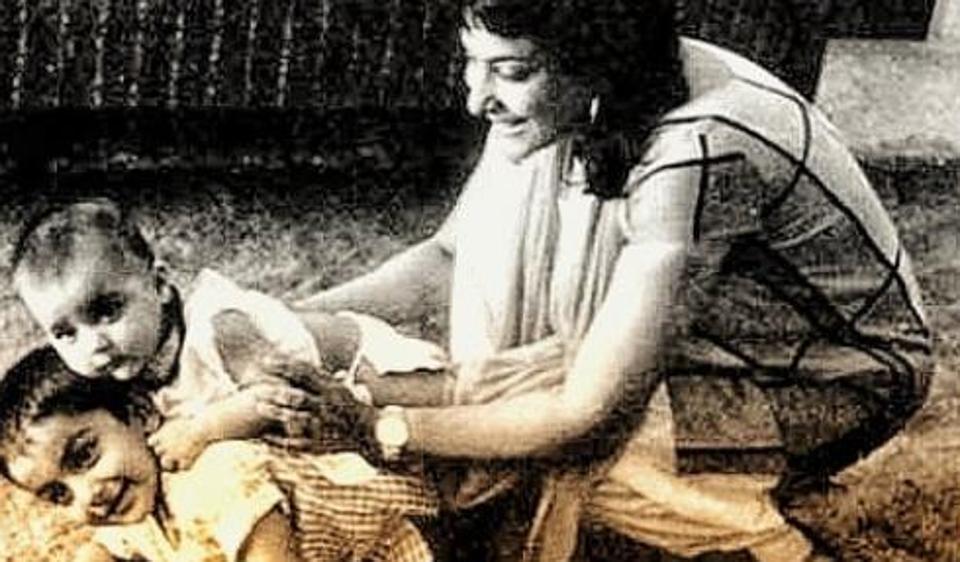 Actor Sanjay Dutt has shared a throwback picture from his childhood to wish his mom and late actor Nargis on her 90th birth anniversary. He shared a black and white picture where Nargis is holding on to a young Sanjay and his sister.

Nargis is regarded as one of finest actors the Indian screen has seen. Her most iconic film remains Mother India while her role in the film is lauded to this day. Mother India (1957) defied gender stereotypes back in the day. Nargis was the first female actor to be conferred with the Padma Shri by the Government of India. Mother India was also nominated at the Academy Awards that year in foreign film category. Nargis bagged the National Film Award for Raat Aur Din.

After a nine-year long relationship with Raj Kapoor, Nargis ended it all when the Shree 420 star refused to divorce his wife Krishna. She went on to marry Sunil Dutt in 1958. The duo reportedly fell in love when Sunil saved Nargis from fire on the sets of Mother India.

Just a week ago, Sanjay had shared a family picture with his parents Nargis and Sunil Dutt. “The pillars of our family! I miss you Mom & Dad,” her captioned the picture.

The pillars of our family! I miss you Mom & Dad ♥️

Sanjay was last seen in Karan Johar’s Kalank where he starred alongside Maduri Dixit, Alia Bhatt, Varun Dhawan, Sonakshi Sinha and Aditya Roy Kapur. He will next be seen Ashutosh Gowarikar’s Panipat that stars Arjun Kapoor in the lead.